So, if you are going to make an entrance, make it a grand one. 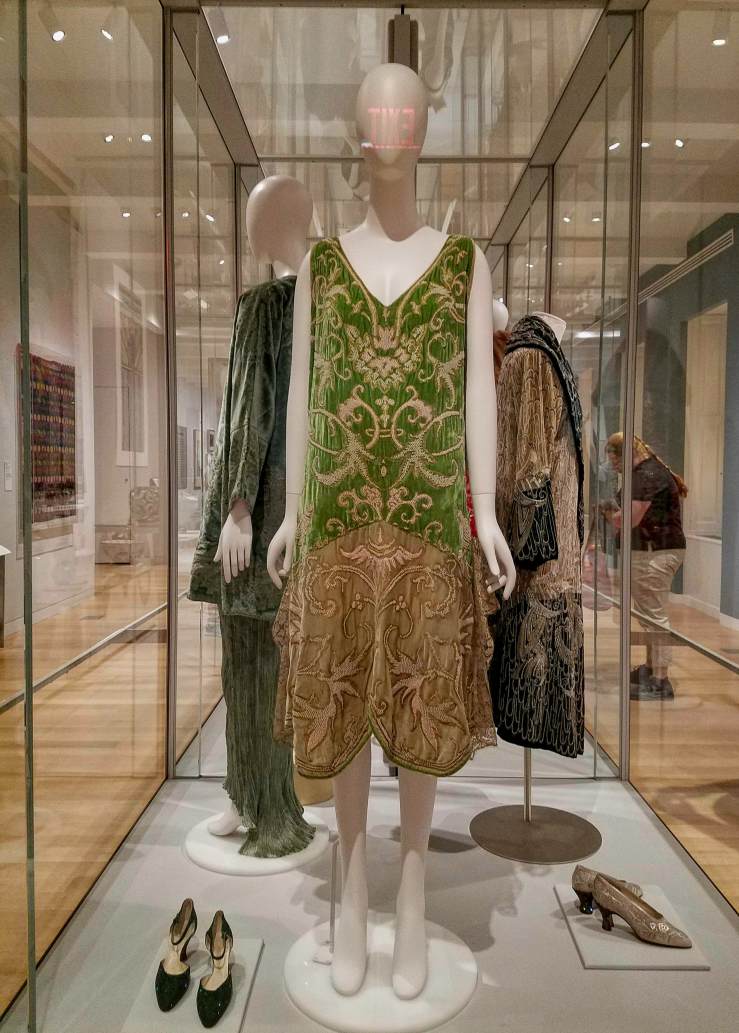 1/
Evening dress by Callot Soeurs of Paris, 1923-26. Perl, floss, metallic thread, silk, velvet
On loan from Museum of the City of New York for the Jazz Age exhibition

4/
Dress and Jacket with box and lid, Delphos
Designed by Mariano Fortuny with his inimitable pleating technique and natural dyeing process, this particular example of the iconic Delphos dress is in its original box, which has both the name of the buyer, Mrs. J.H. Lorentzen of Pasadena California, and the seller, Elsie McNeil. This provides a key into the importance of the American market in Fortuny’s success. The first photograph of a Delphos dress is by Alfred Steiglitz—a portrait of his sister taken in 1907. By 1912, Fortuny’s gowns were being sold in New York. Because they hug the body and were designed to be worn without a corset, in Europe the Delphos was considered a tea gown—suitable only for at-home entertaining. But American actresses and dancers like Lillian Gish and Isadora Duncan wore them in public as evening gowns. In 1927 Elsie McNeil, an American interior designer, became so enamored of Fortuny’s fabrics that she went to Italy and persuaded him to give her the exclusive rights to sell his products in the US. She became his close friend, protégé, and guardian angel—she helped him through some very difficult financial times in the 1930s and after WWII, and purchased the company after his death.

This fine triple-height staircase model is similar to one designed by Robert Adam for 20 Portman Place in London.

From  The Jazz Age: American Style in the 1920s, an exhibition at the Cooper Hewitt, April through August 2017

From  The Jazz Age: American Style in the 1920s, an exhibition at the Cooper Hewitt, April through August 2017.

Paired with contemporary objects of laser-cut technology: modern, streamlined and still very stylish. I just wish we had a little bit more of that Jazz in our lives.

From  The Jazz Age: American Style in the 1920s, an exhibition at the Cooper Hewitt, April through August 2017

Times Fifty Sixth, equals the magic number that unlocks the mysteries of the Avenue That Does Not Exist.

You too can uncover its mysteries; but tread gently or you might upset the kind denizens of this strange, parallel world.

Some are still standing. Others may already be gone. Such is the fast changing fashion in New York City – here today, gone tomorrow. So fast, it makes you wonder: were they ever really there? 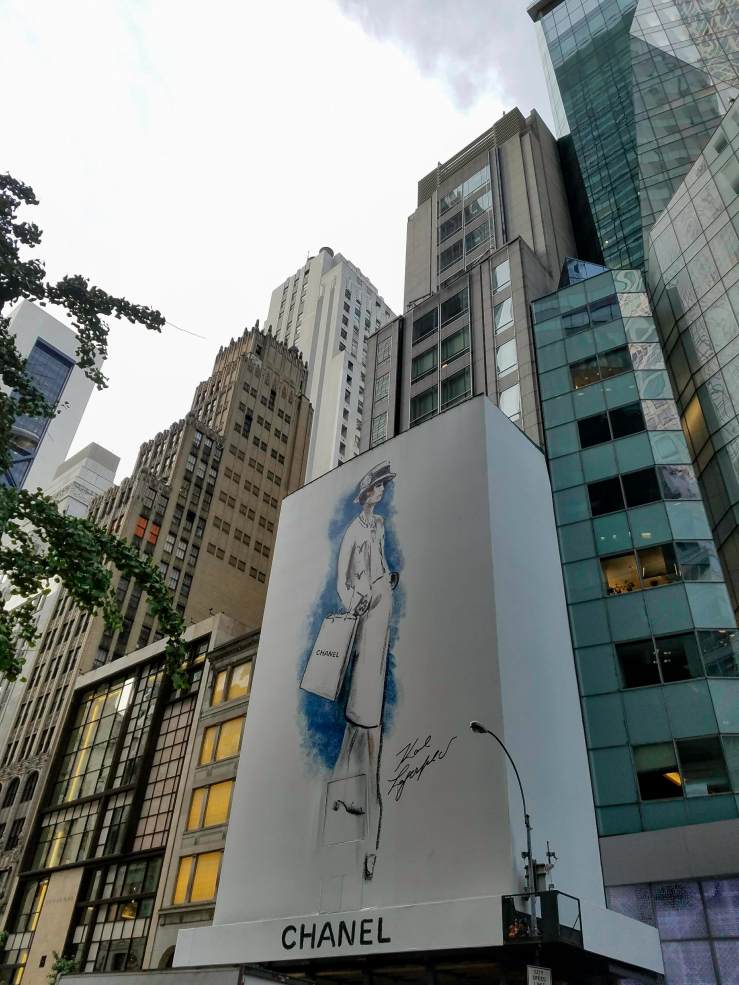 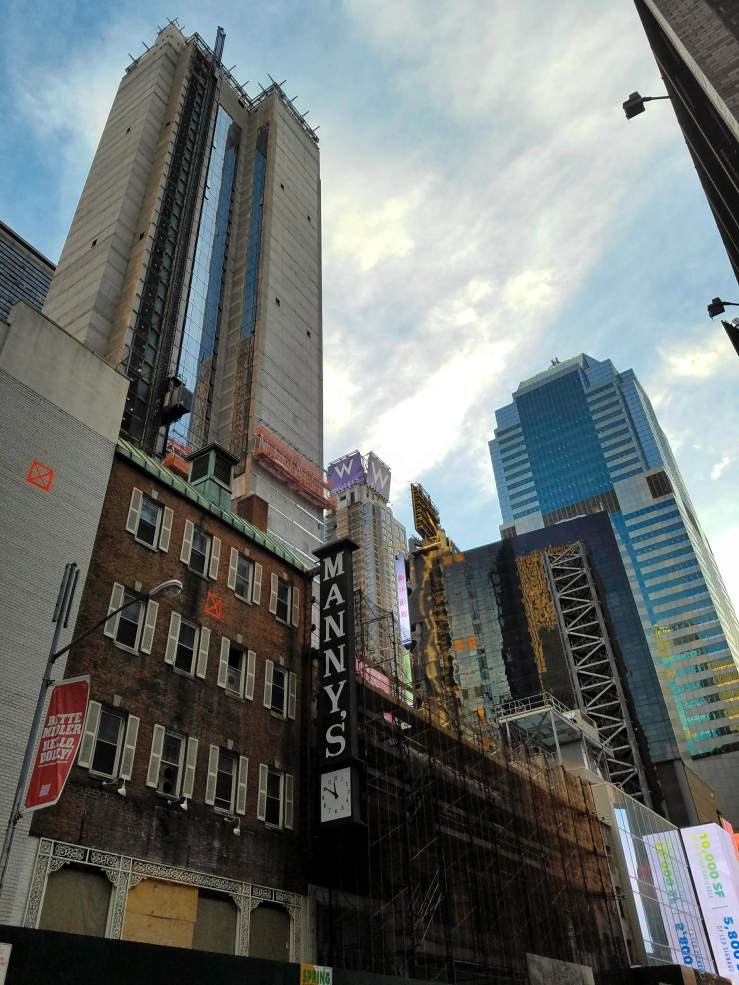 Early afternoon on Third Avenue. If you can’t go to a Broadway performance catch a free special, courtesy of the lively streets of New York. 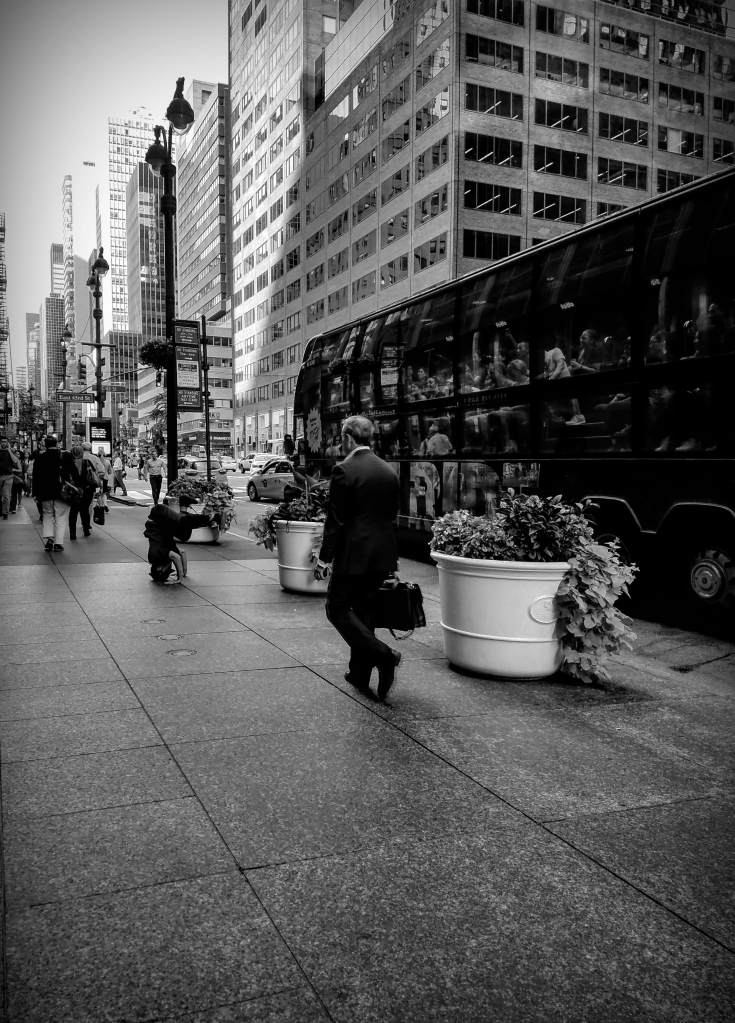 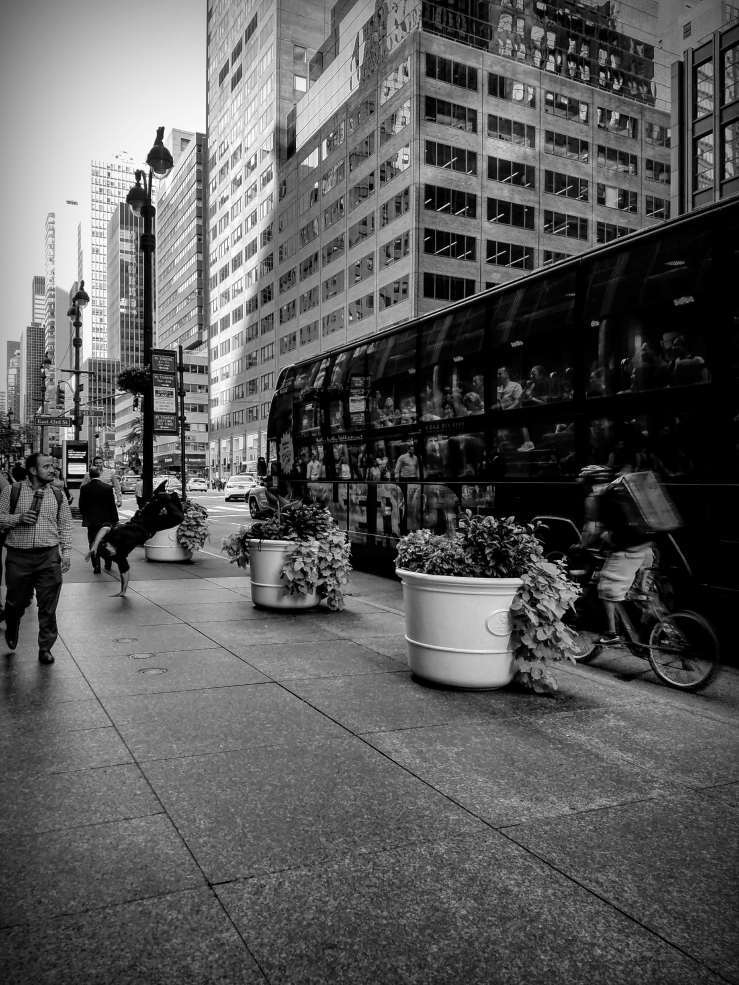