Life seemed so much simpler then.

Spotted in DeWitt Clinton Park. We’d been coming here time and again, for two years in a row and somehow managed to miss this. A bit of Belgium nostalgia. (Those who e-met me through my previous blog, will know that our homebase is Brussels).

Otherwise, it was yet another beautiful walk, no surprises, the usual suspects: the Hudson River Greenway Pooper Troopers, Joggers, Totems, NYC Sanitation Neon Lights and those spectacular sunsets that land over the Hudson bathing New Jersey in gold. 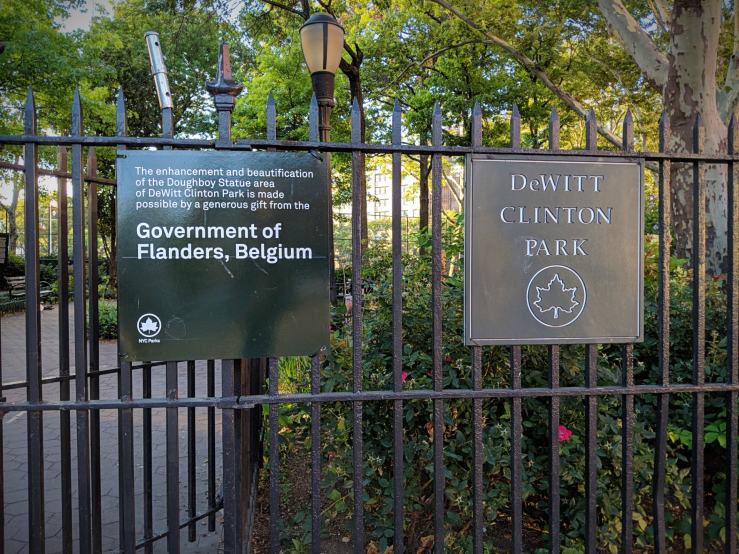 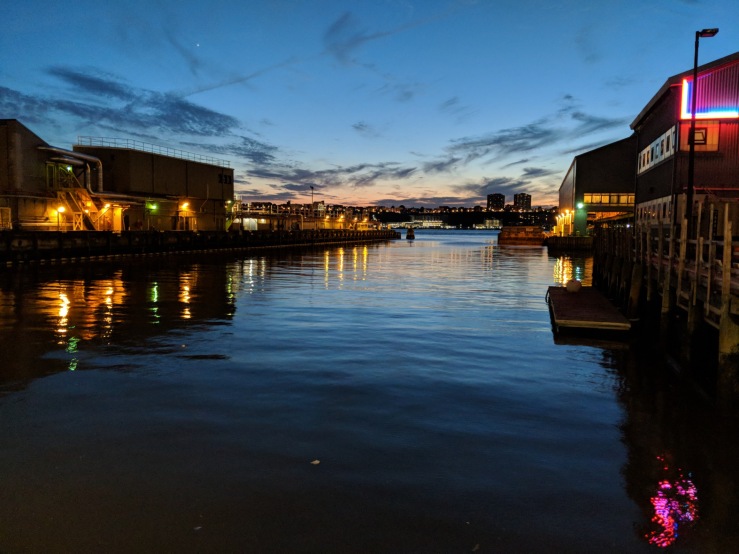 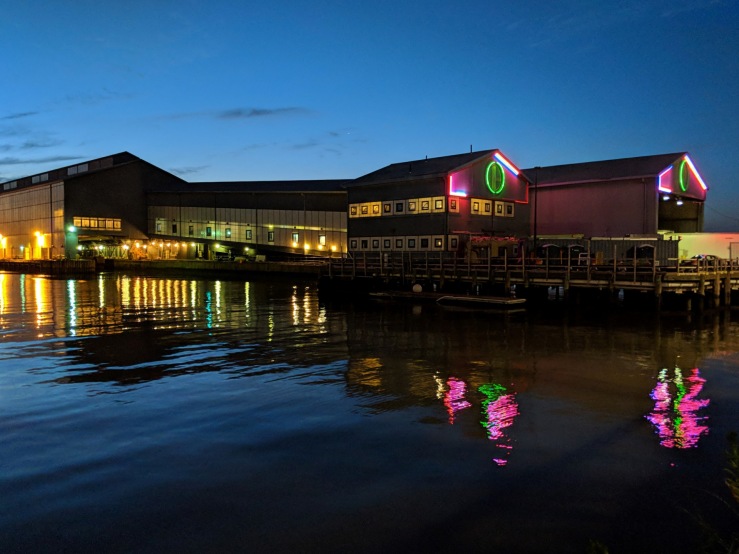 If you can’t go chasing nature’s rainbows, wear your own! 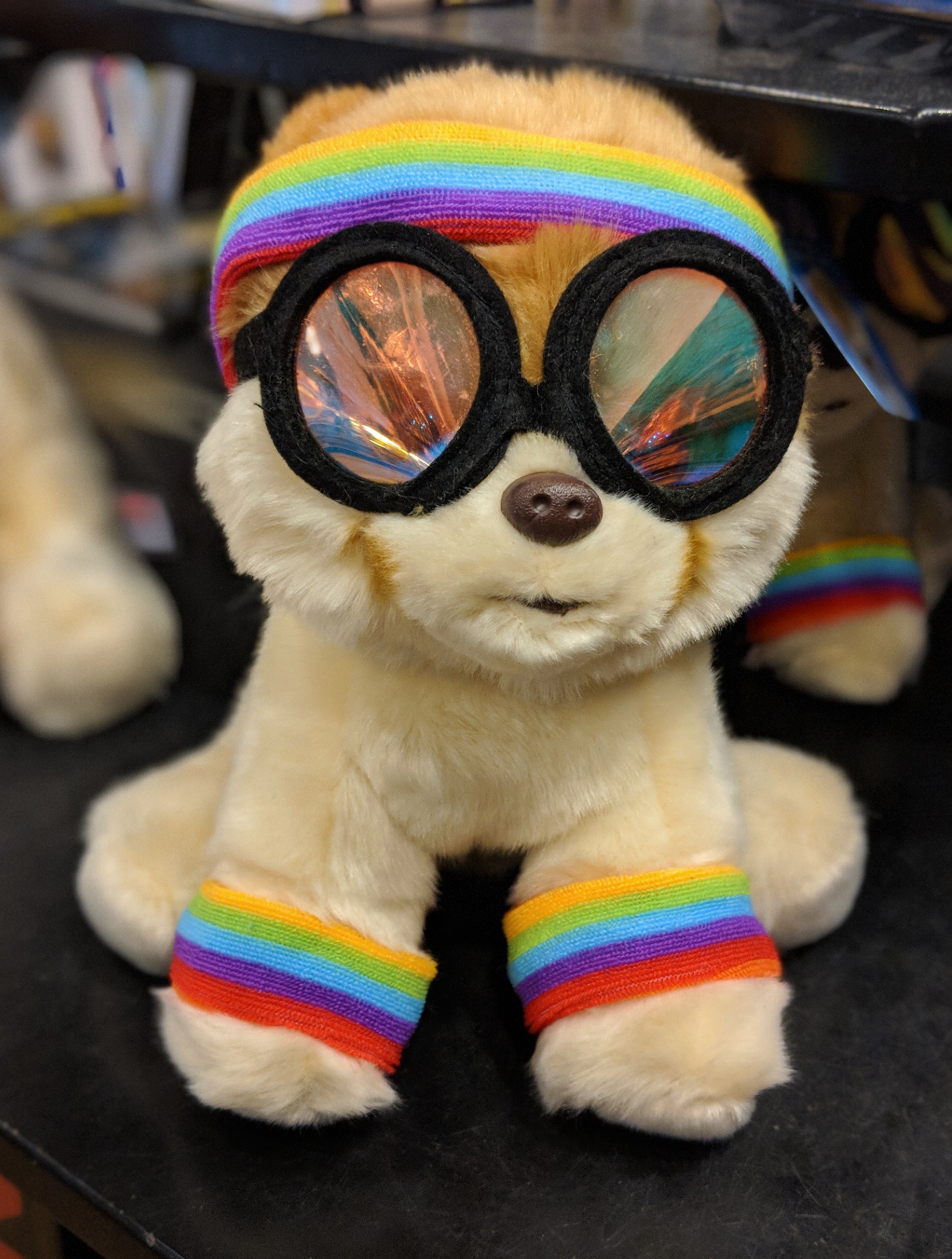 Just a regular walk on a summer Saturday in the City. Nothing more, nothing less. 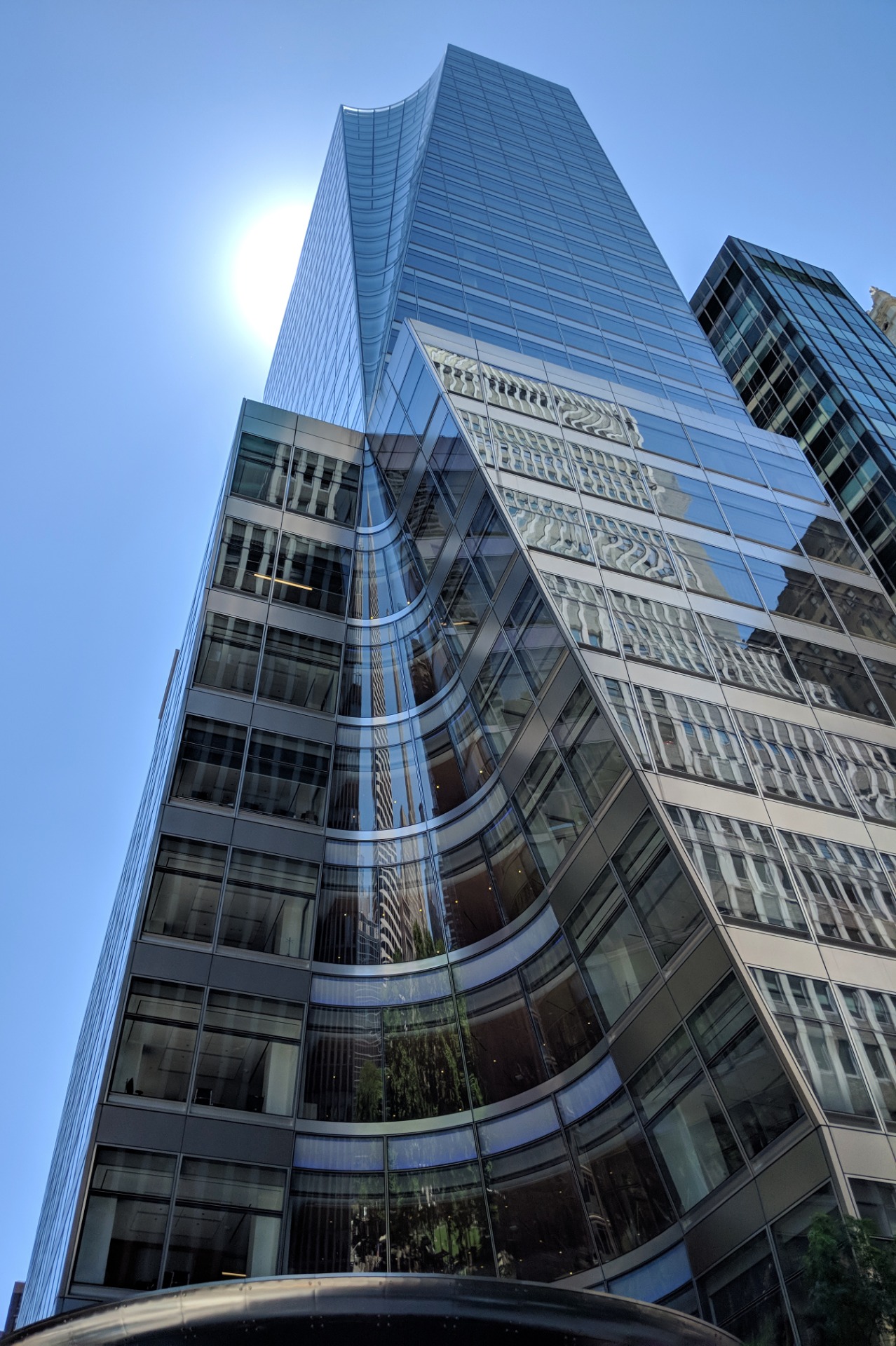 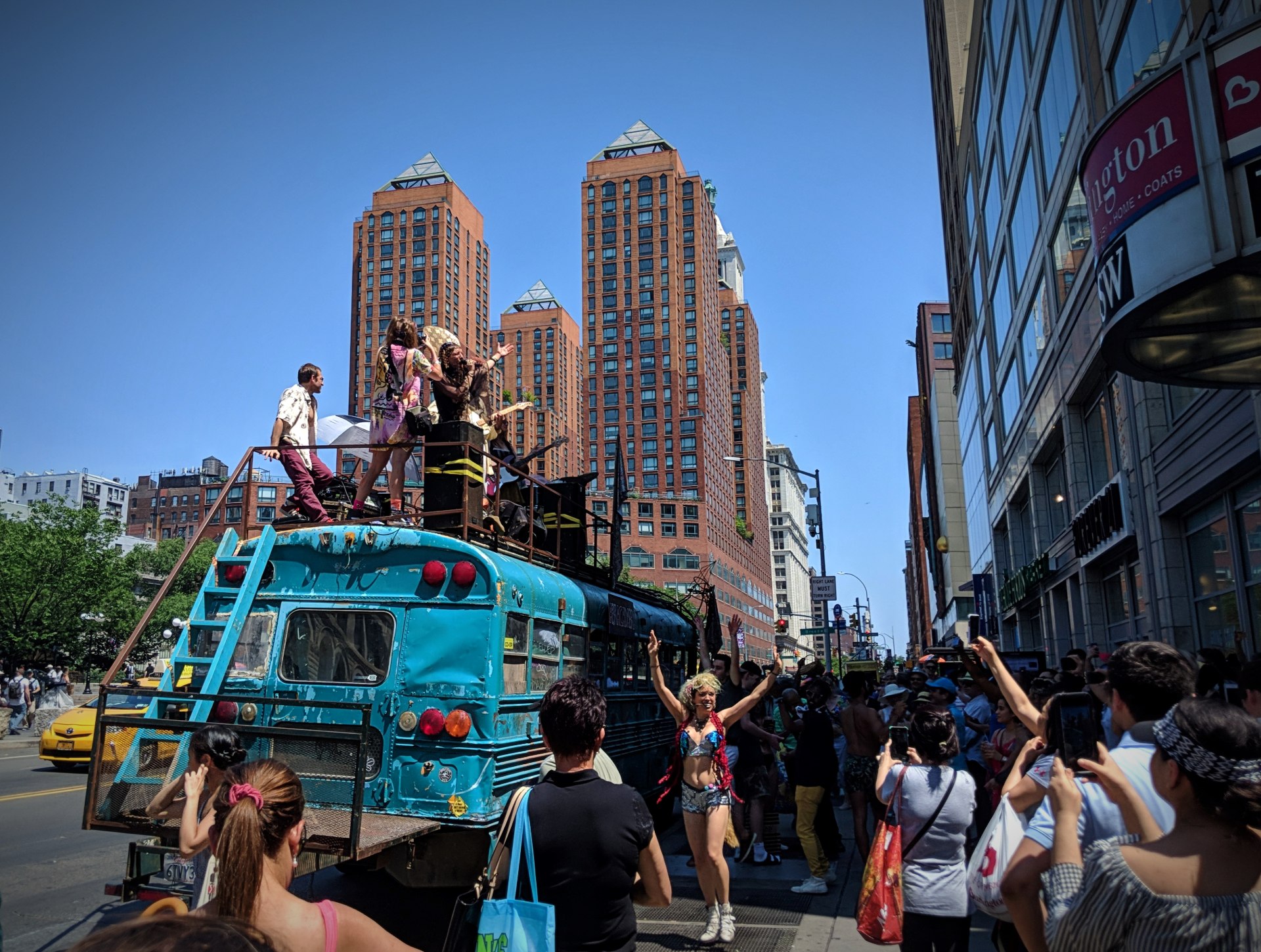 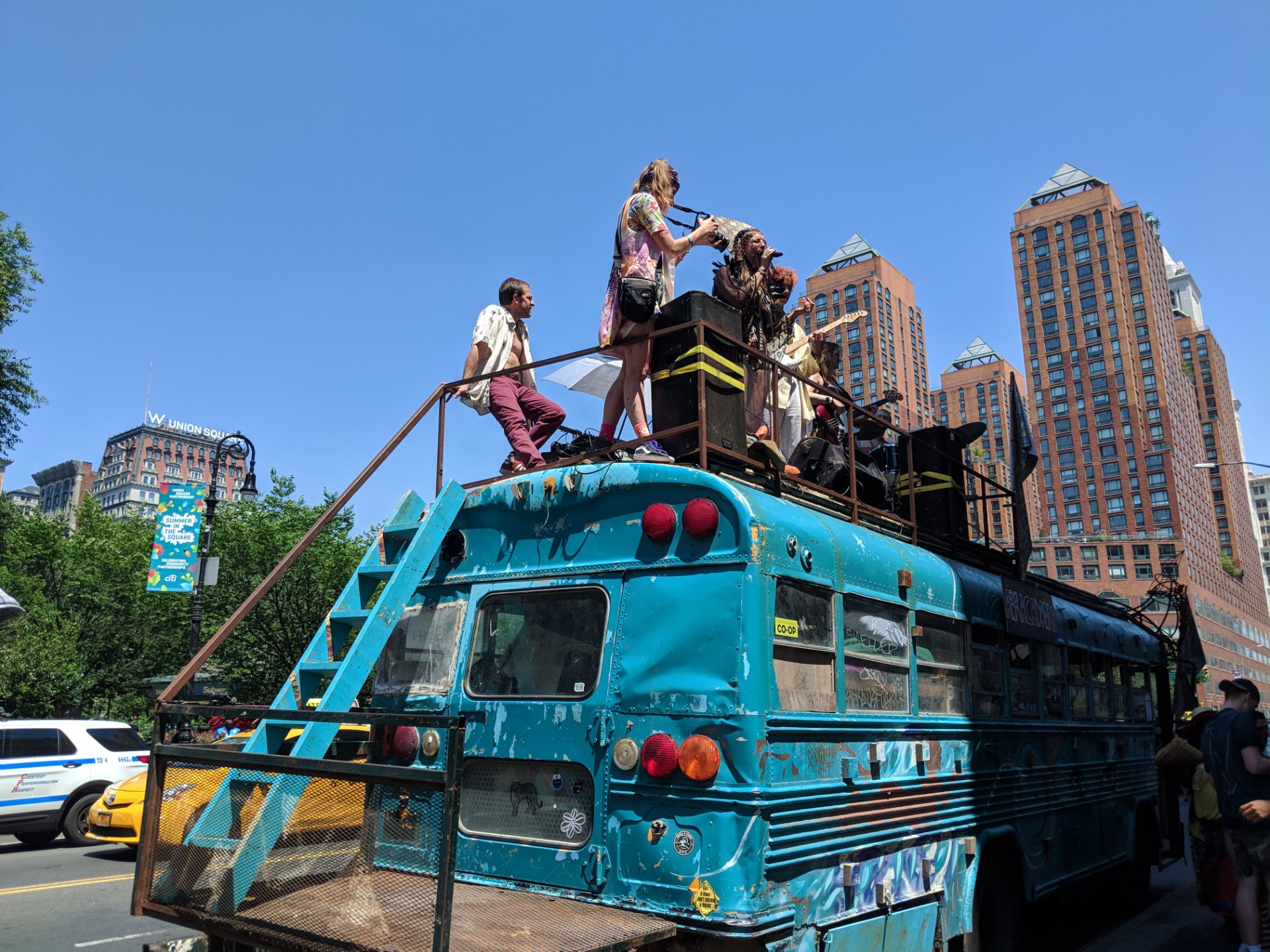 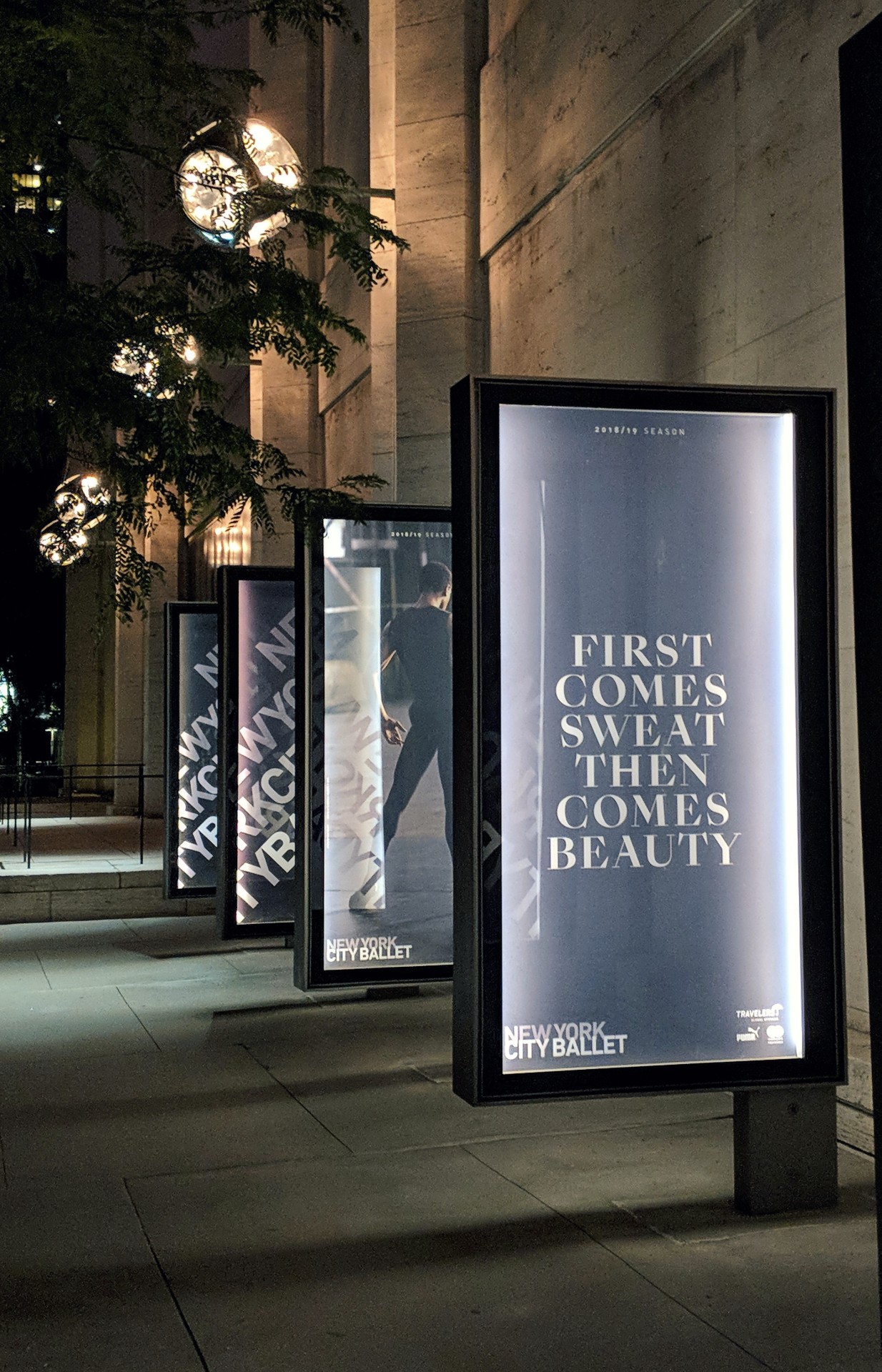 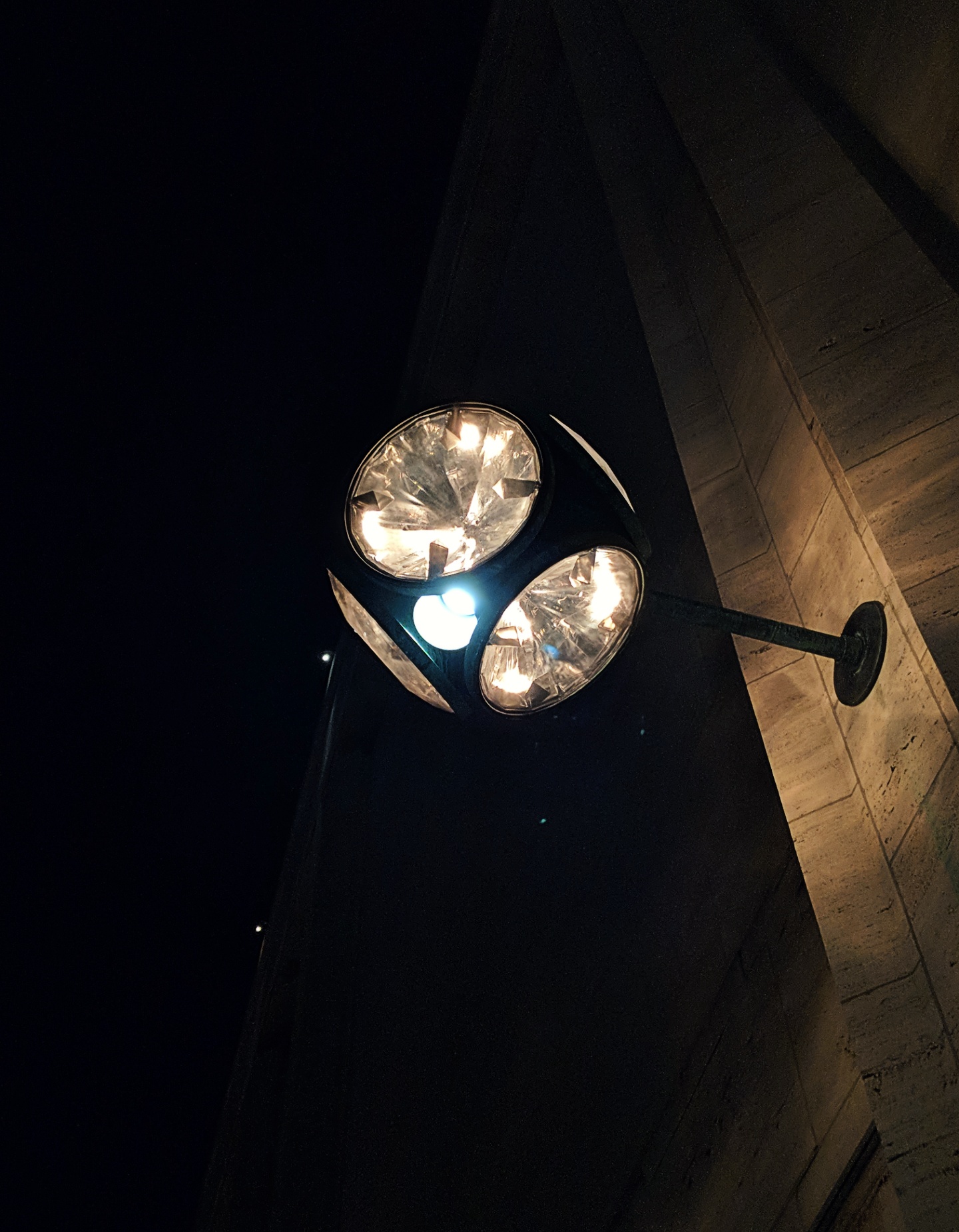 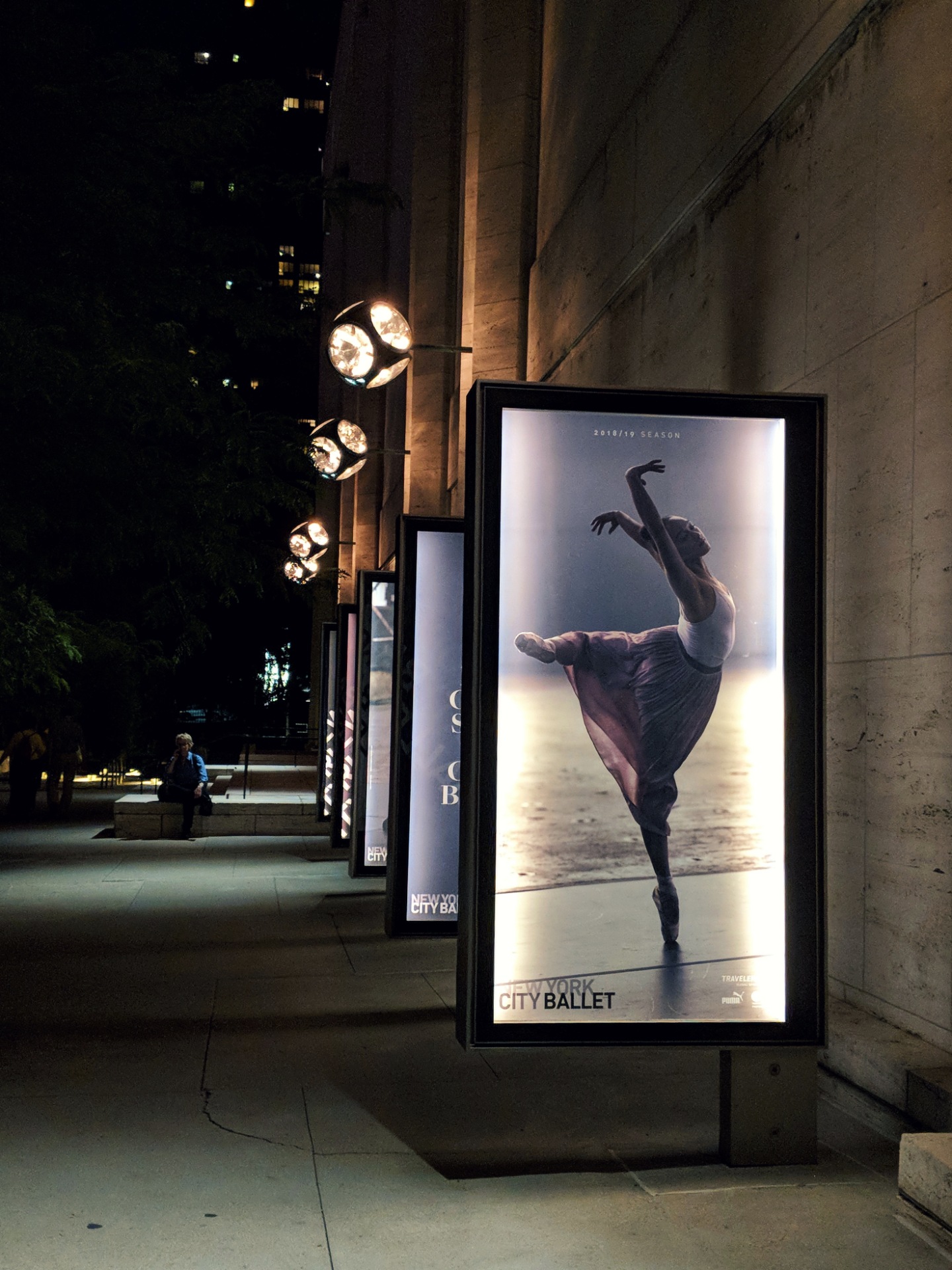 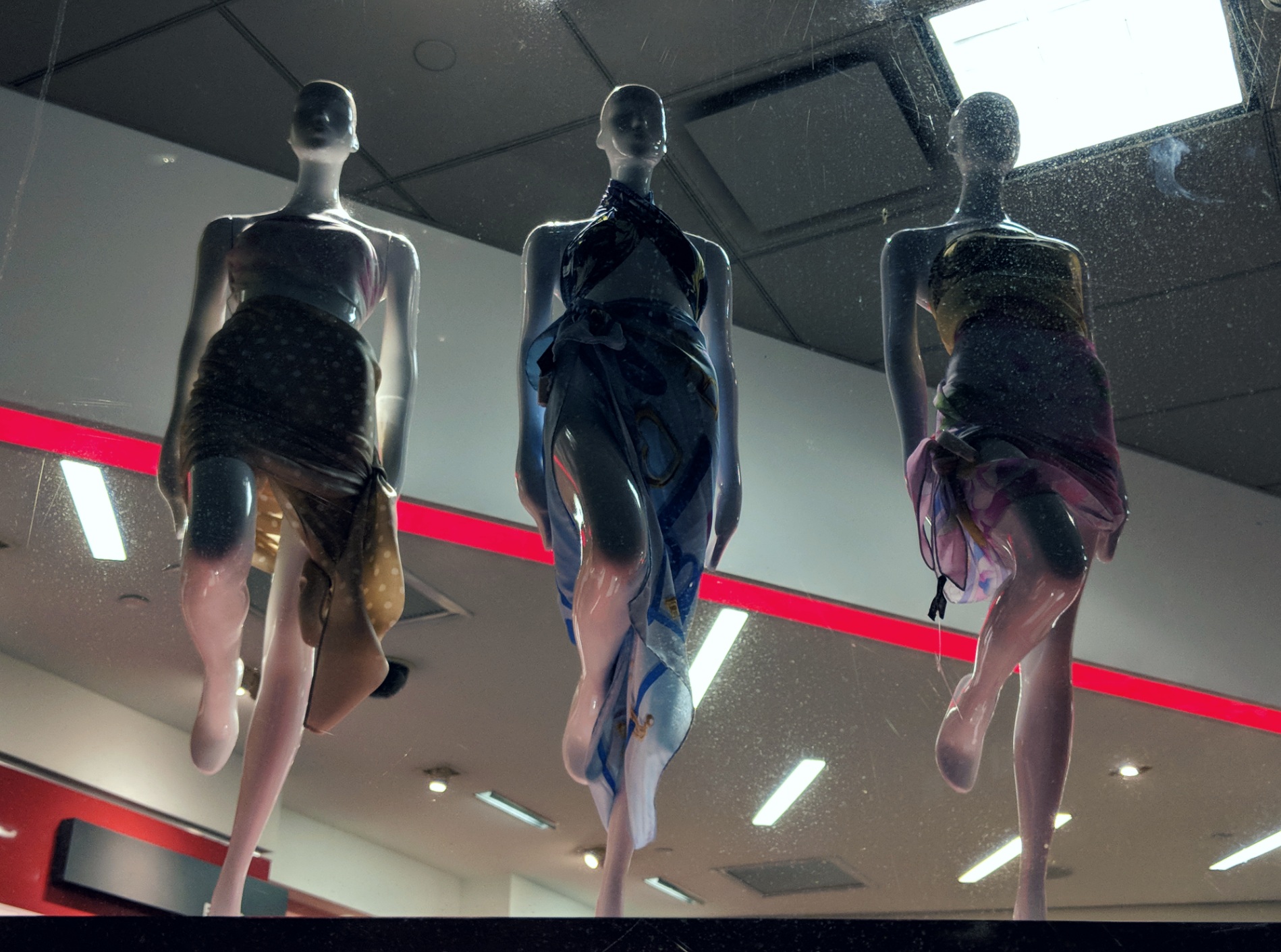 And the sun setting on the Hudson

Clearwater was founded by Pete Seeger, legendary musician, singer, songwriter, folklorist, activist, environmentalist, and peace advocate, and one of the most influential people of the twentieth century. In 1966, in despair over the pollution of his beloved Hudson River, Seeger announced plans to “build a boat to save the river.”  At the time, the Hudson was rank with raw sewage, toxic chemicals and oil pollution; fish had disappeared over many miles of its length. Seeger, along with many other concerned individuals, believed a majestic replica of the sloops that sailed the Hudson in the 18th and 19th centuries would bring people to the river where they could experience its beauty and be moved to preserve it. Inspired by that vision, the organization began with the launch of the sloop Clearwater in 1969 —a majestic 106-foot long replica vessel. [source]

and your head up 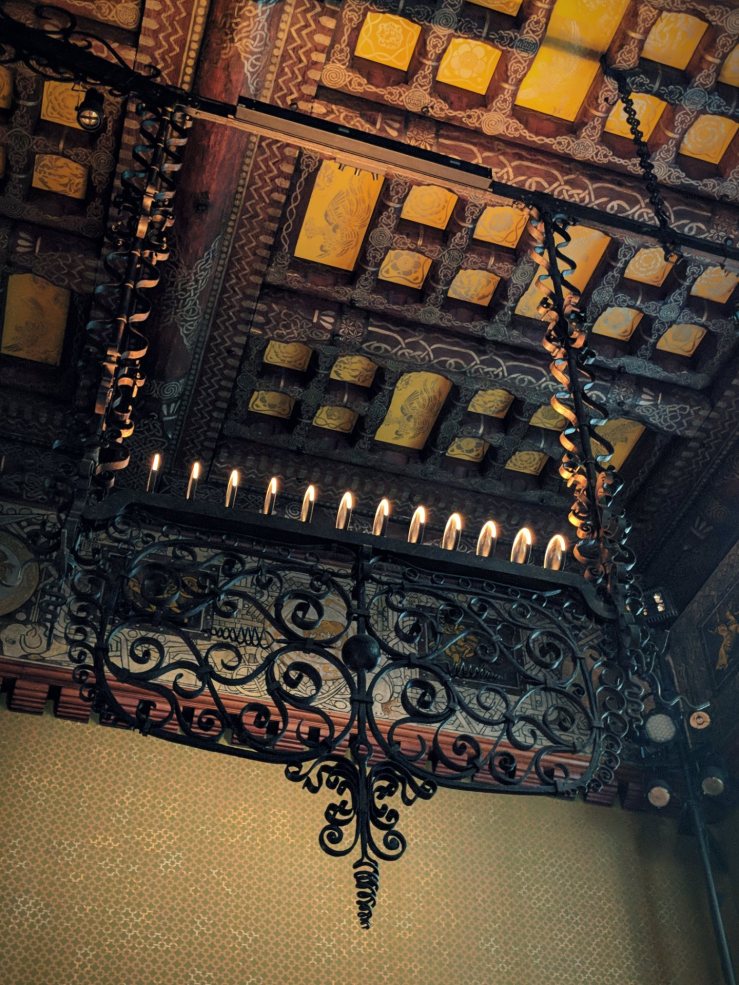 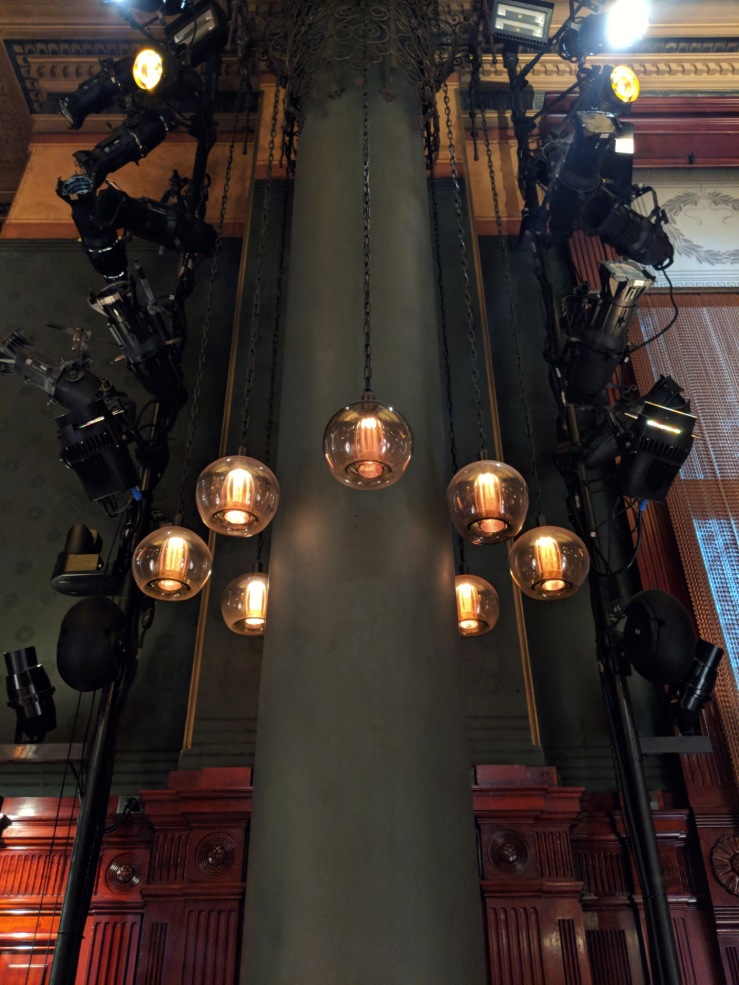 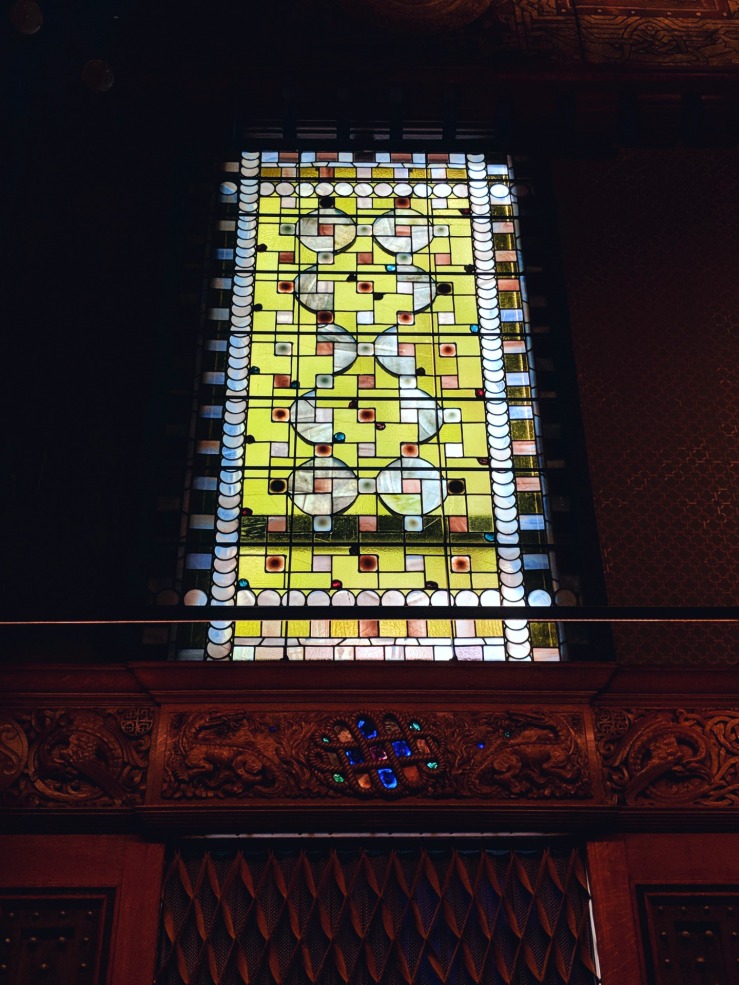 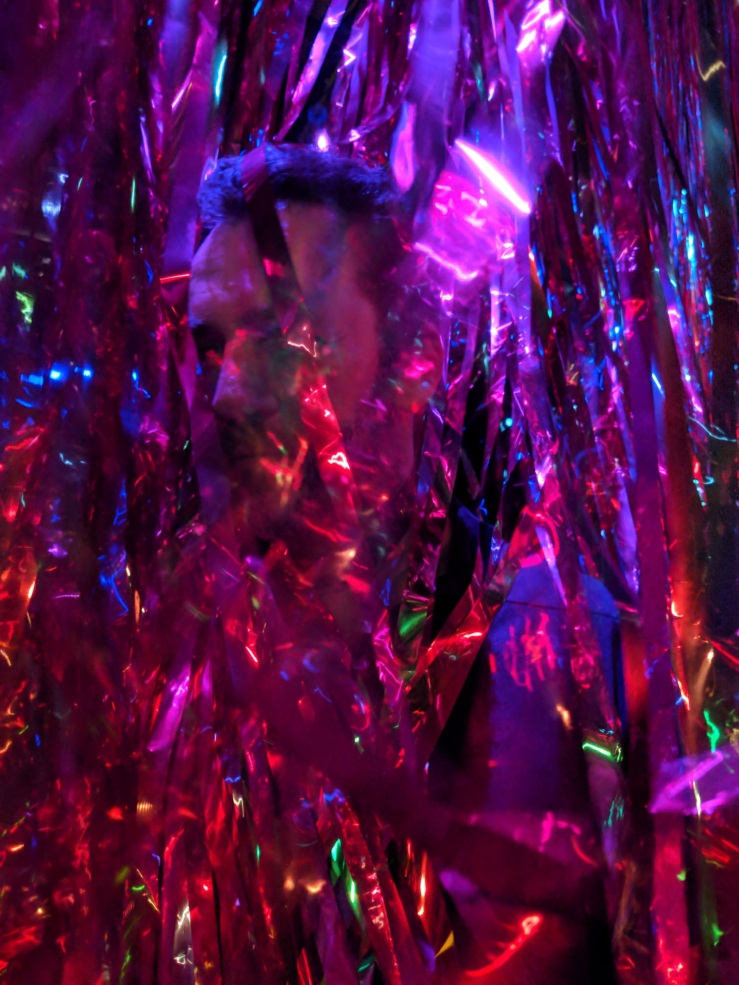 Interdisciplinary artist Nick Cave created a dance-based town hall—part installation, part performance—to which the community of New York was invited to “let go” and speak their minds through movement, work out frustrations, and celebrate independence as well as community.

Nick Cave’s wearable soundsuits invaded the entire ground floor of the Park Avenue Armory. When they started dancing, they were mesmerizing. 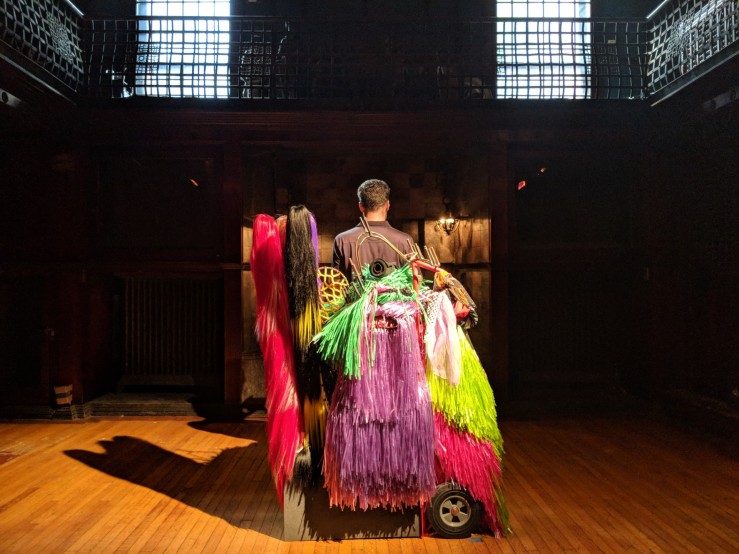 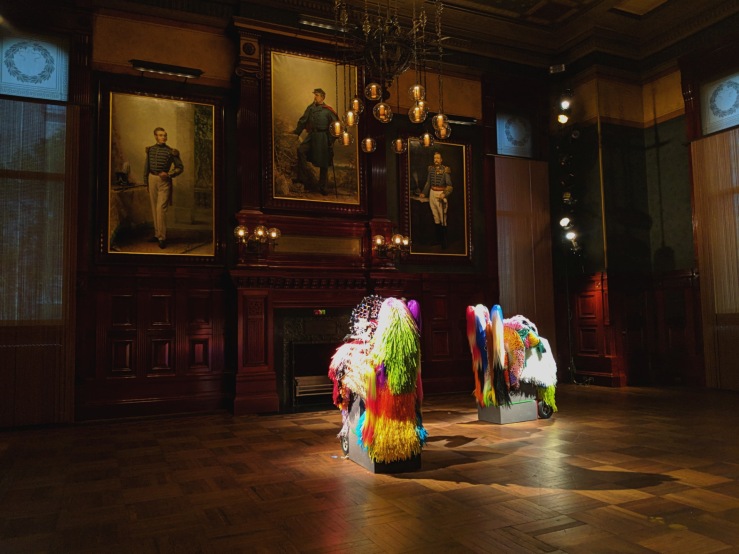 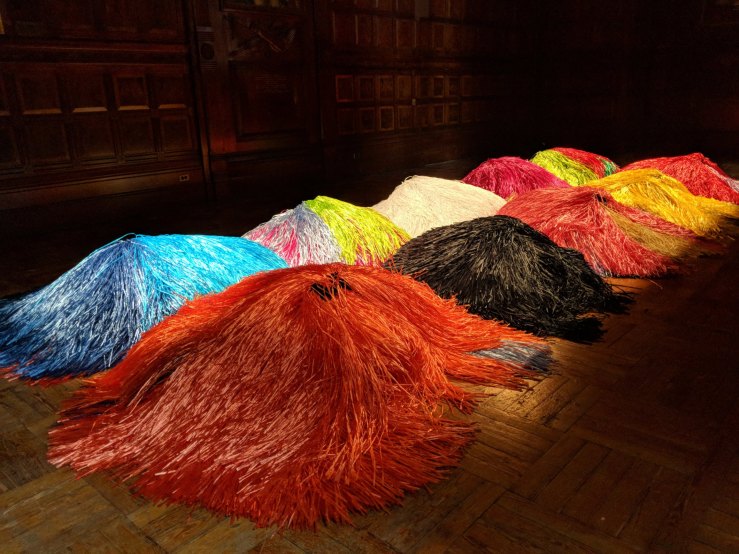 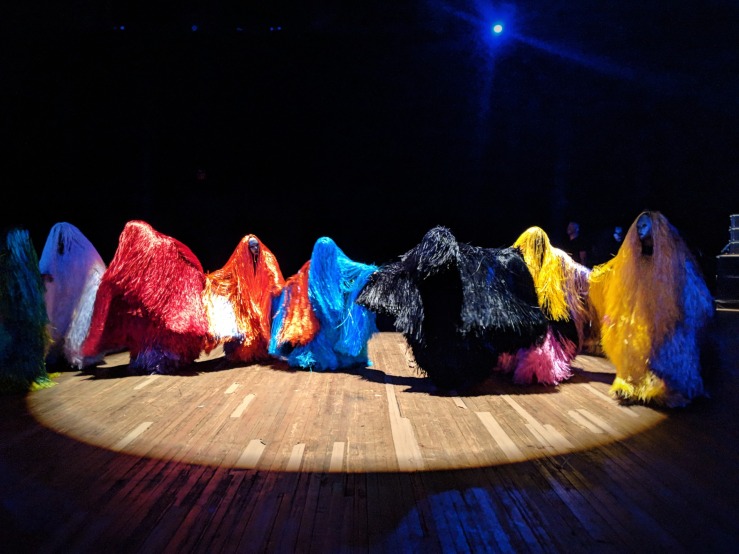 Nick Cave’s Soundsuits are wearable sculptures that combine performance and textile art. They are named for the noise Cave’s first suit made, when he wore it and started dancing around. They are often made from found objects and cover the wearer completely, so as to mask their identity.  The inspiration for the first Soundsuit, created in 1992, was the brutal beating of Rodney King. Since then, Cave has created over 500 Soundsuits.