Astronomers Monument is a product of the great economic depression of the 1930s, when New Deal initiatives created federally-funded work programs to employ skilled workers at a time when they would otherwise remain idle and without income. One of the first of these programs, the Public Works of Art Project (PWAP), began in December 1933. Soon thereafter, in cooperation with the Los Angeles Park Commission, PWAP commissioned a sculpture project on the grounds of the new Observatory (which was under construction).

Using a design by local artist Archibald Garner and materials donated by the Womens’ Auxiliary of the Los Angeles Chamber of Commerce, Garner and five other artists sculpted and cast the concrete monument and figures. Each artist was responsible for sculpting one astronomer; one of the artists, George Stanley, was also the creator of the famous “Oscar” statuette. The other artists involved were Arnold Forester, Djey el Djey, Gordon Newell, Roger Noble Burnham.

The six astronomers featured on the monument are among the most influential and important in history. The six figures represent the Greek astronomer Hipparchus (about 125 B.C.), Nicolaus Copernicus (1473-1543), Galileo Galilei (1564-1642), Johannes Kepler (1571-1630), Isaac Newton (1642-1727), and John Herschel (1738-1822). Albert Einstein was considered for inclusion, but planers ultimately decided it would be inappropriate to feature someone still alive (the monument was completed in 1934; Einstein died in 1955). [sources: The Living New Deal & Griffith Observatory]

Keep going, nothing to see here…

Giant Binoculars is a 1991 sculpture by Claes Oldenburg & Coosje van Bruggen. The building that surrounds them, known – you guessed it – as the ”Binoculars Building”, is a Frank Gehry design.

An assemblage sculpture of 202 vintage street light lampposts from the 1920s and 1930s, created by Chris Burden with the express intention to be placed in the empty plaza in front of the Los Angeles County Museum of Art, on Wilshire Boulevard. The cast iron lampposts range from 20 to 30 feet in height and were salvaged from Los Angeles neighborhoods. The installation is lit up from dusk to dawn and is solar-powered. Especially popular after dark, be prepared to drive a few rounds before finding a parking spot close enough.

Jan Karski sitting in front of the Polish Consulate in Manhattan. 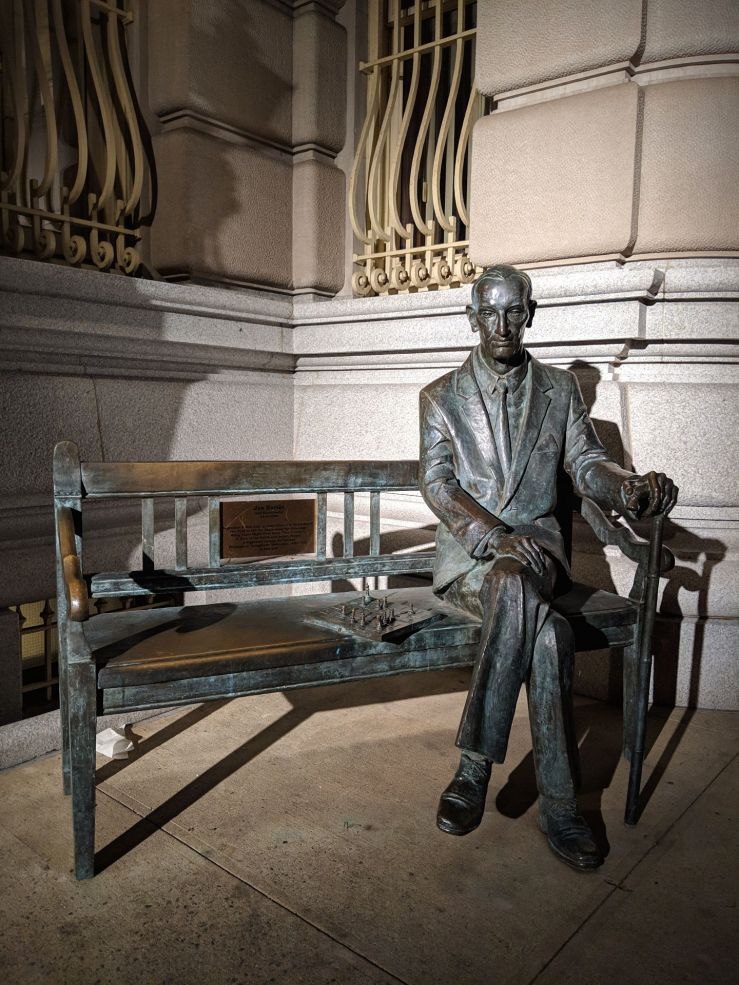 “All freedom-seeking people around the world should know Karski’s story.”
– Bill Clinton

It was December 30th, 2018 and we were getting ready to welcome another year in the City. 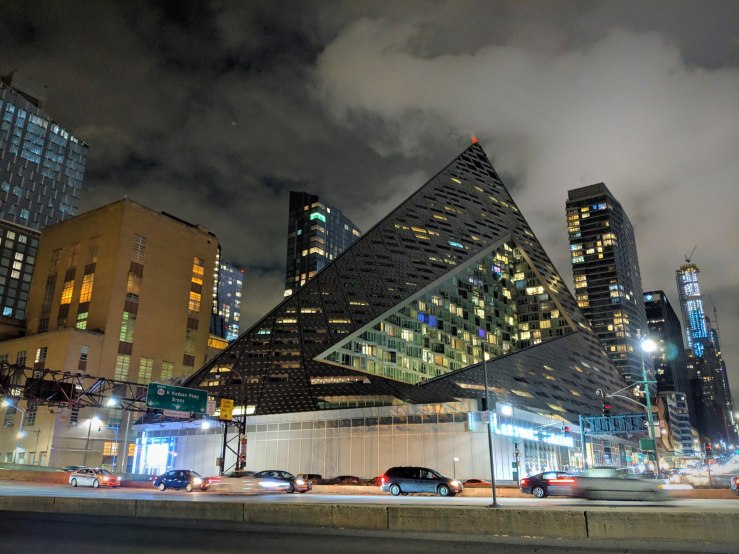 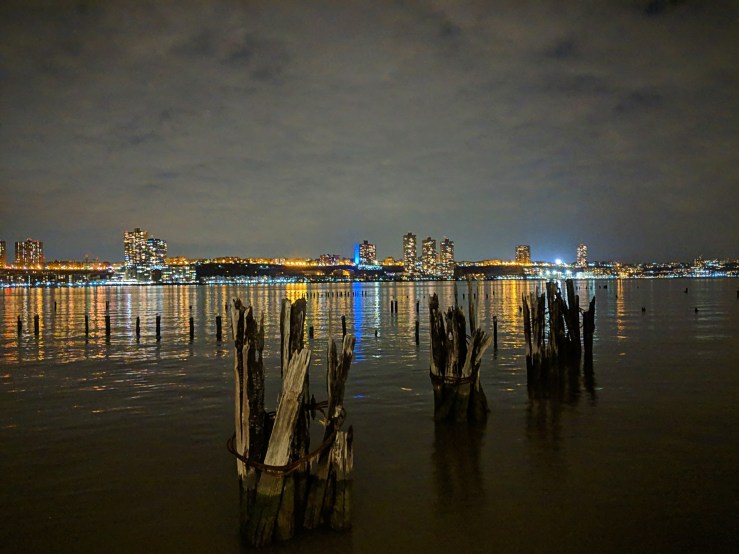 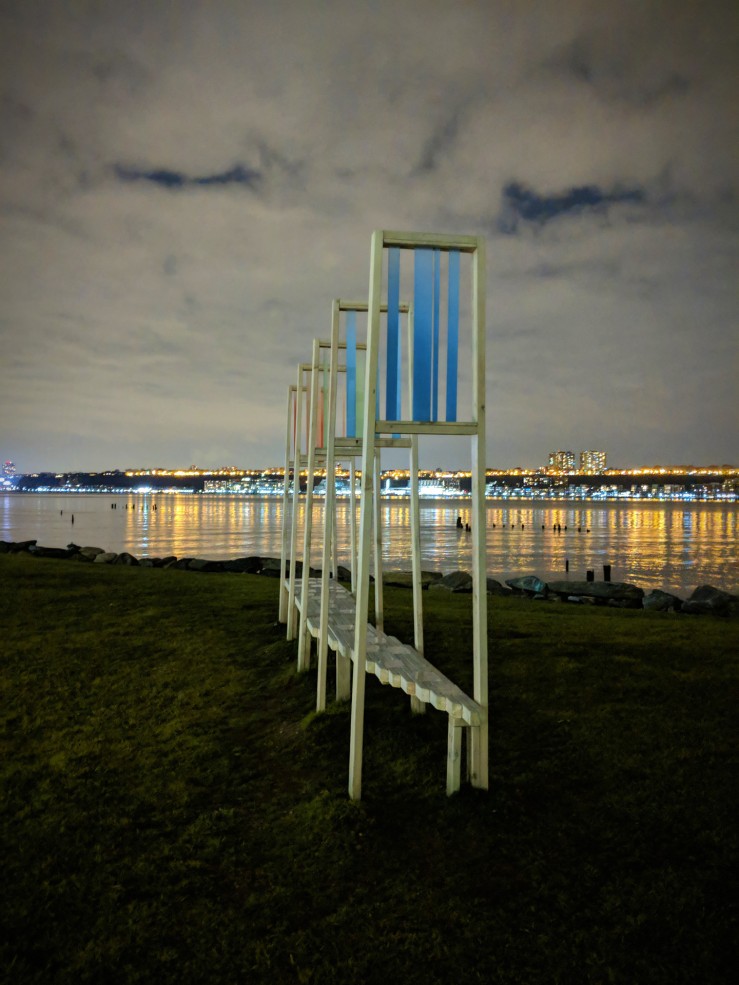 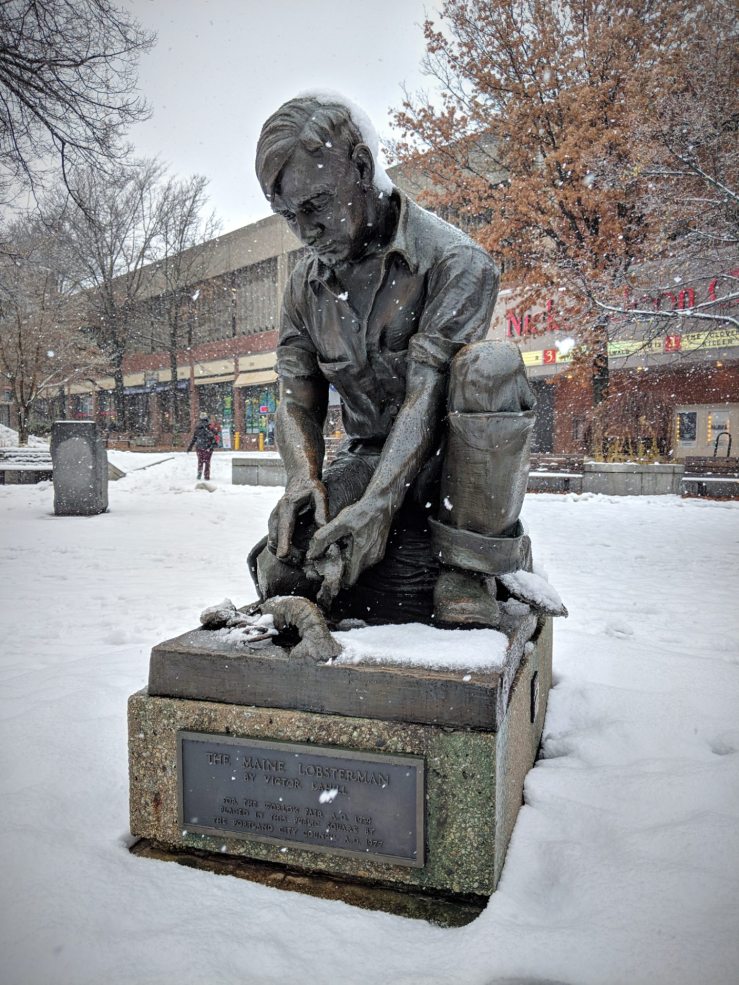 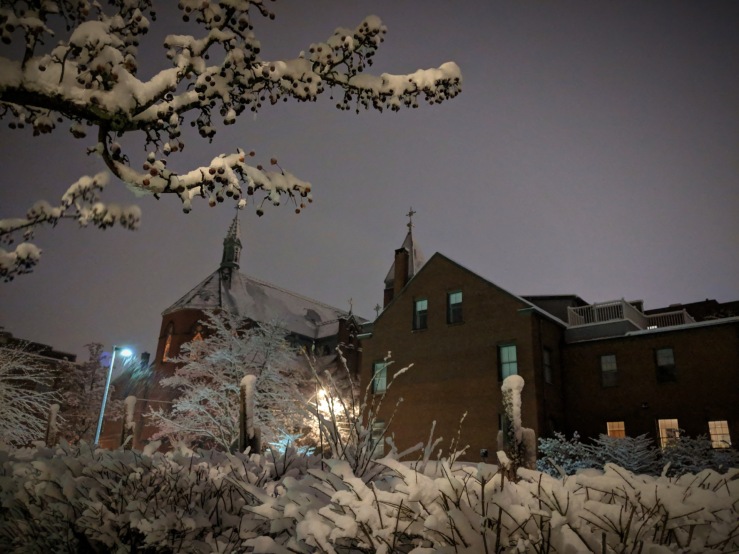 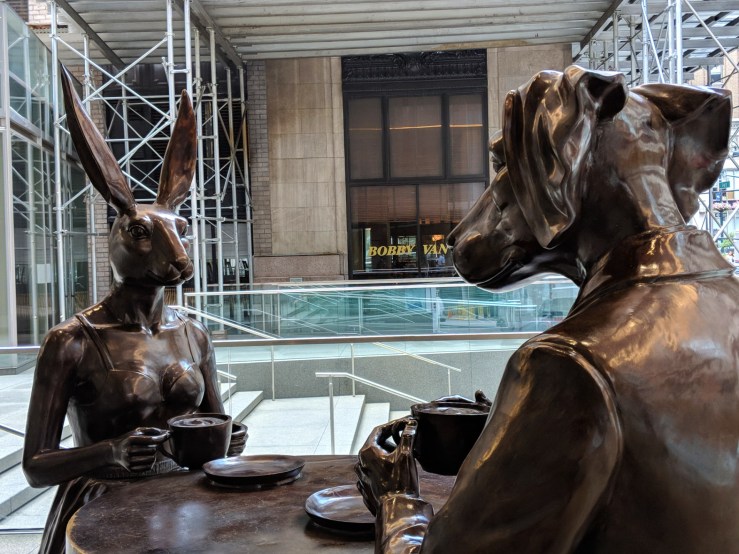 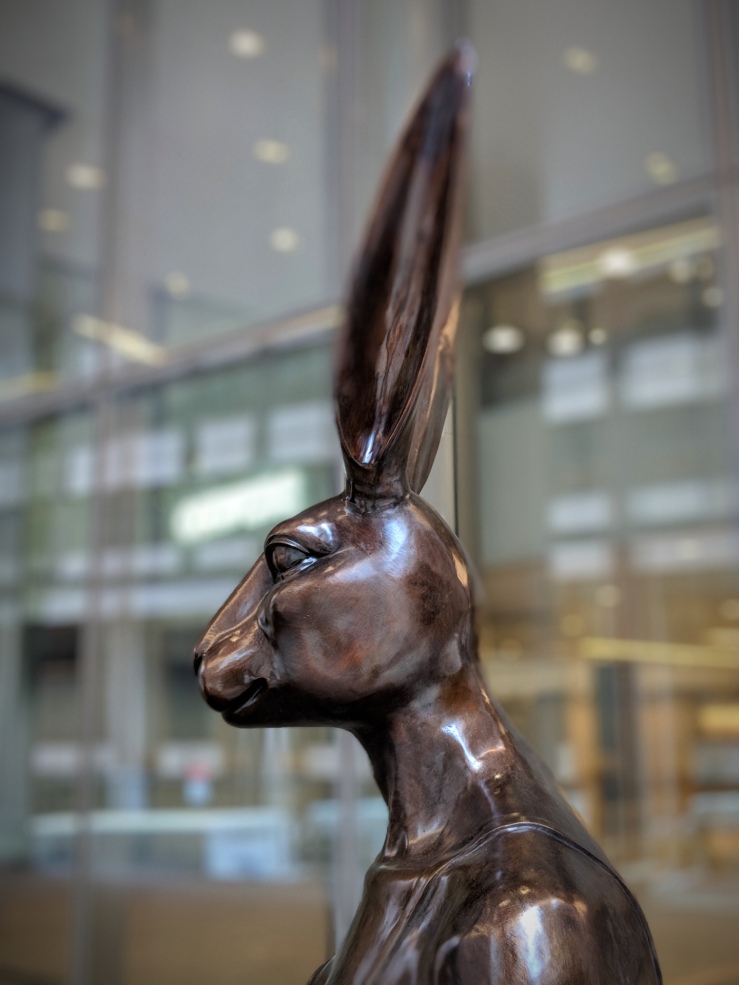 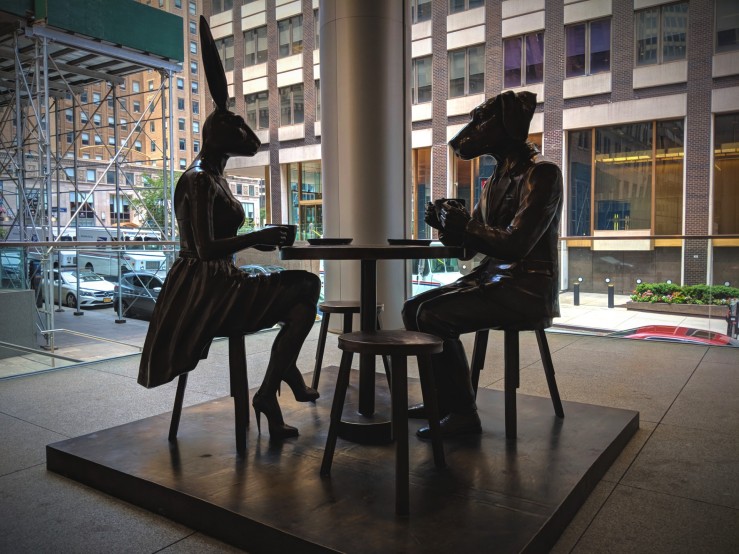 At the Table of Love, 237 Park Avenue

By Gillie and Marc, proud parents of the intrusive Paparazzi we spotted lurking in Greenwich Village back in 2017.