And that’s only the ones we witnessed during the time we spend in the City Hall – just over an hour. Looking at the vast open space of the central rotunda with the grand staircase, I’m not surprised they are on a tight schedule. Who wouldn’t want to get married under this magnificent dome! Marilyn Monroe and Joe Di Maggio did it in 1954. A number of gay couples were finally able to wed in 2004 when Gavin Newsom, then mayor of the city, made history by issuing same sex marriage licences. On the day we visited, the rotunda echoed with cheers. It was a happy day. 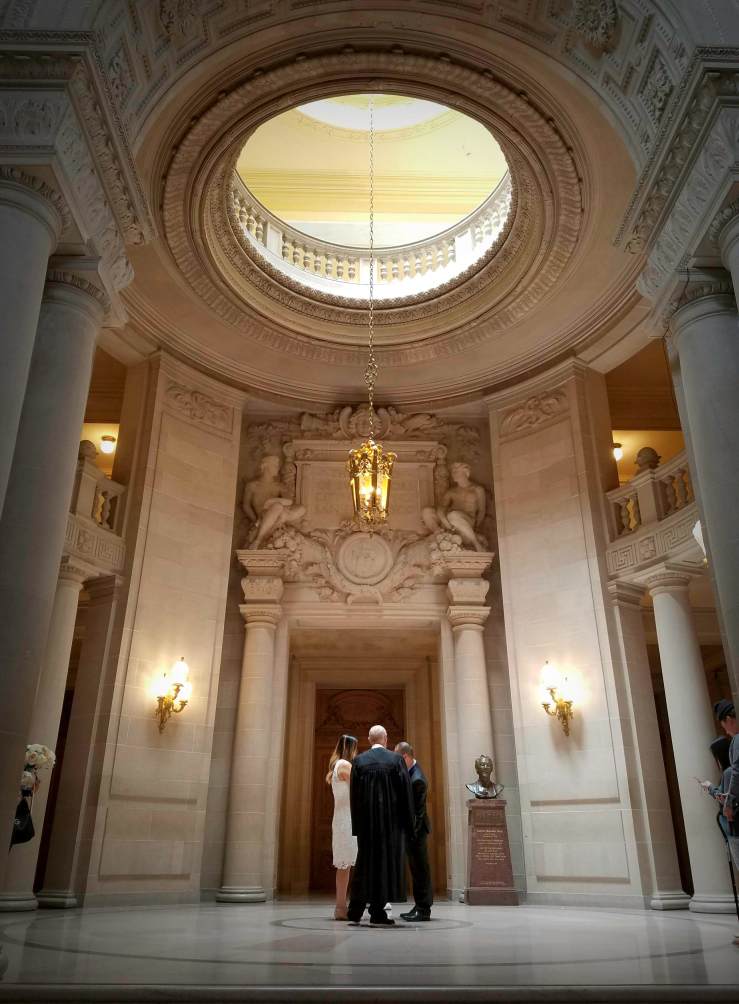 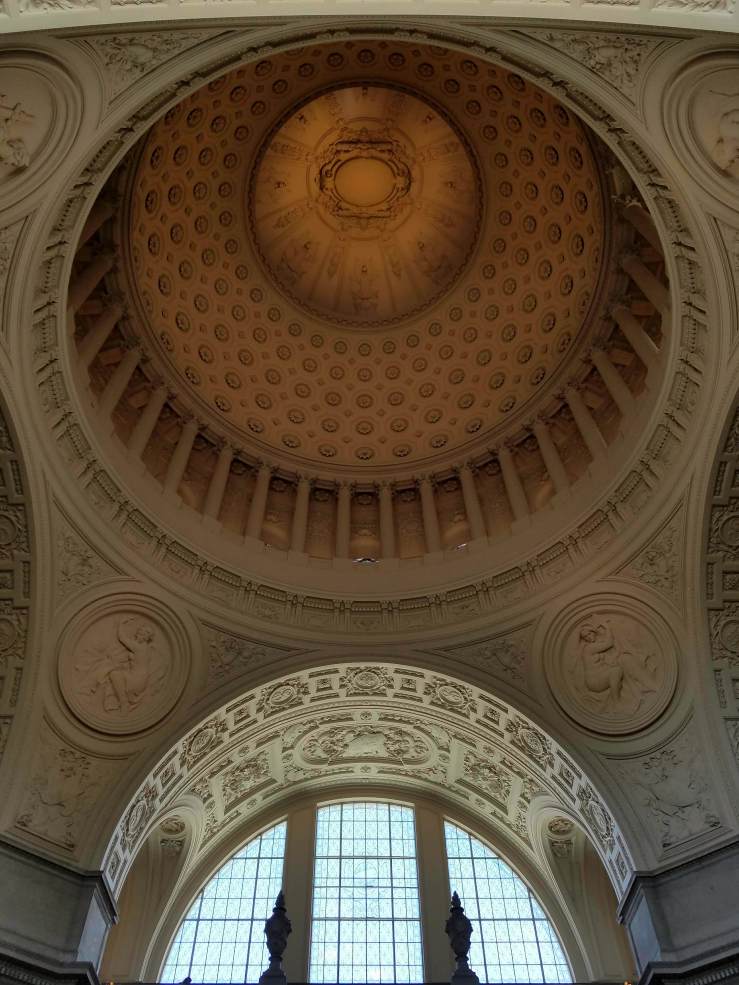 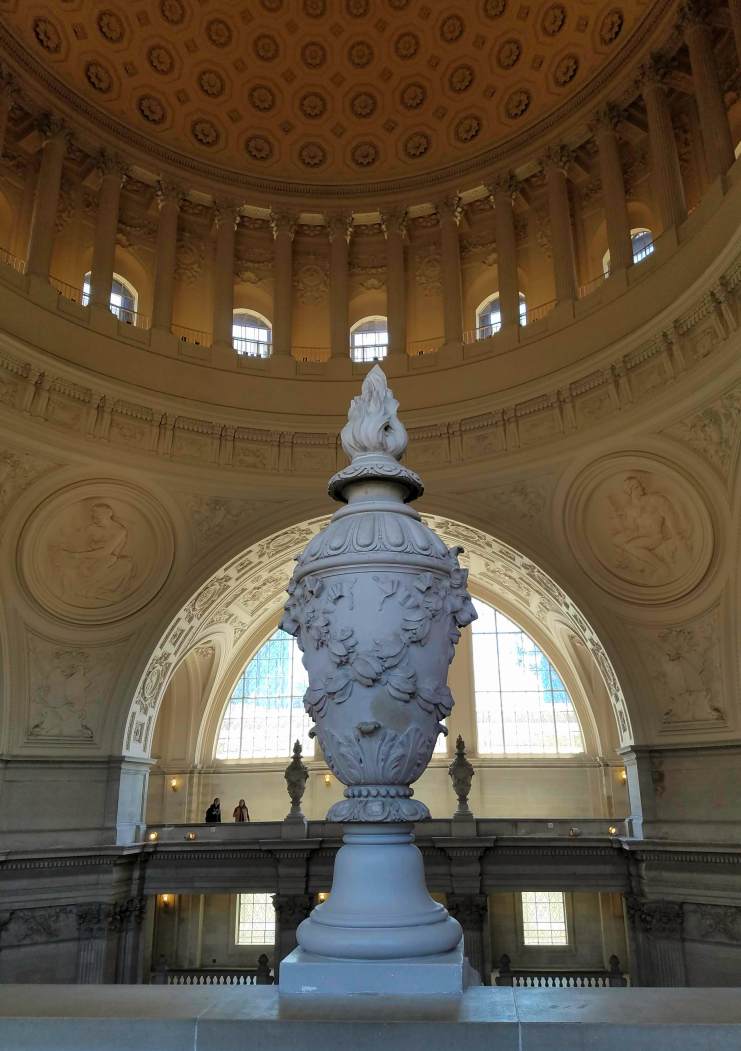 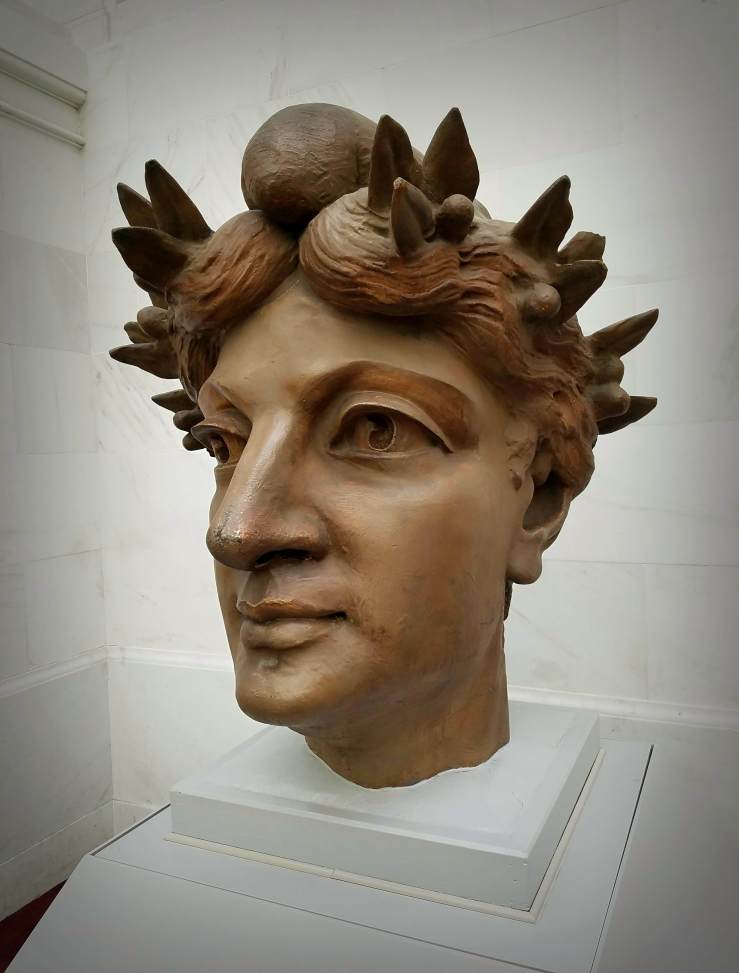 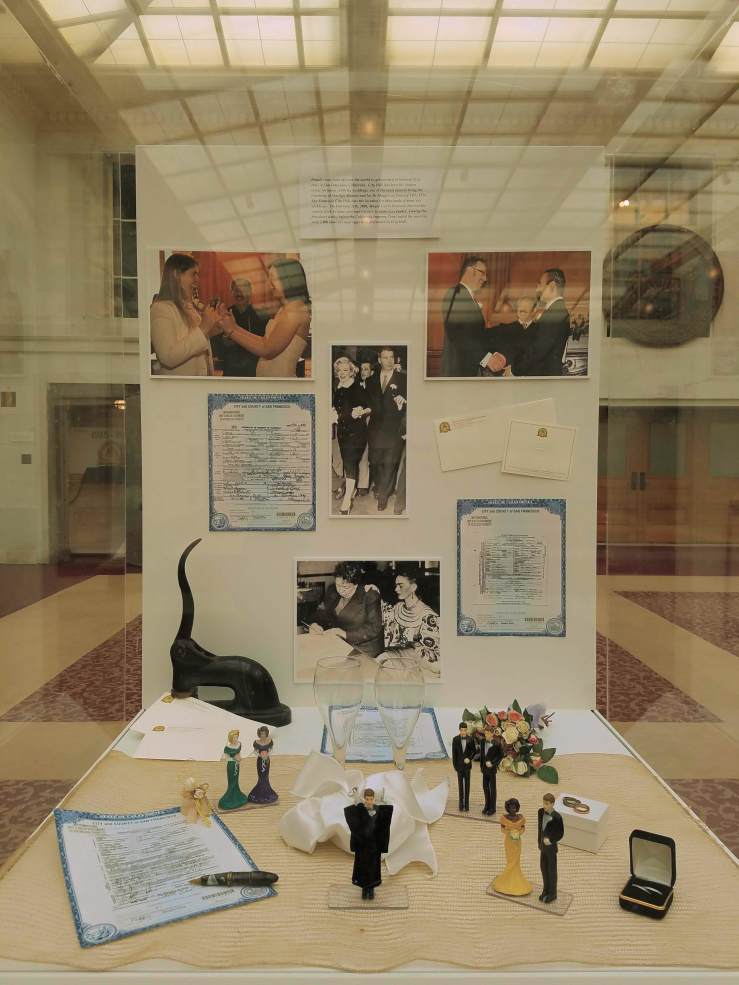 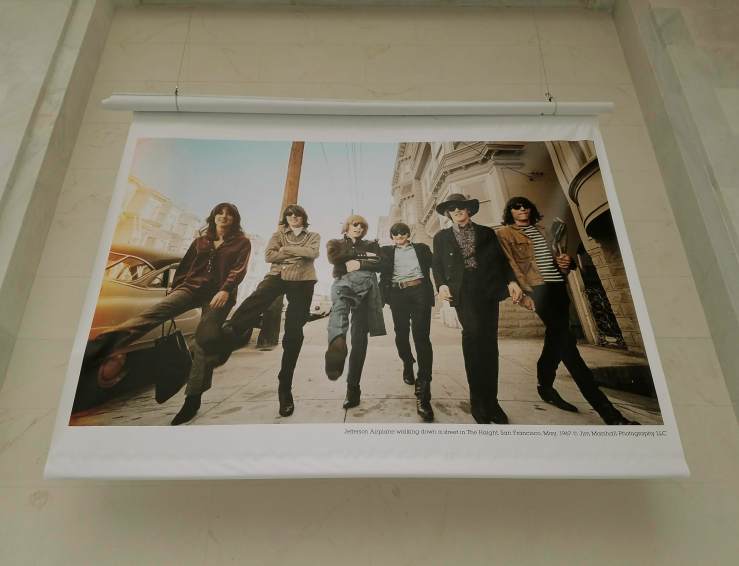 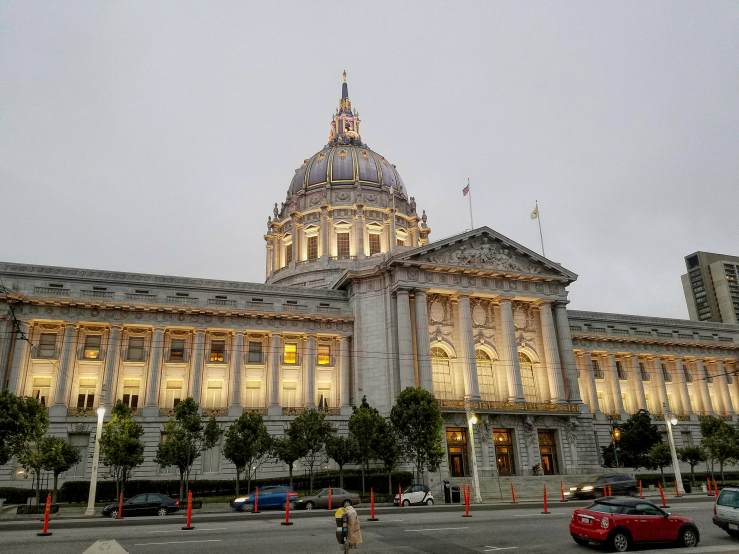 Completely destroyed in the Great Earthquake of 1906, reconstruction began in 1913 and the new building was ready in 1915, in good time for the World’s Fair of the same year. Designed by architect Arthur Brown, Jr. in the Beaux-Arts style, it suffered severe damages yet again, when struck by another earthquake in 1989. Repairs and reinforcements were completed ten years later, making the building earthquake proof. I’m just glad we didn’t have to find out how resistant the structure has become.