A dream about the 4th of July, fireworks, monoliths, peculiar and familiar faces. 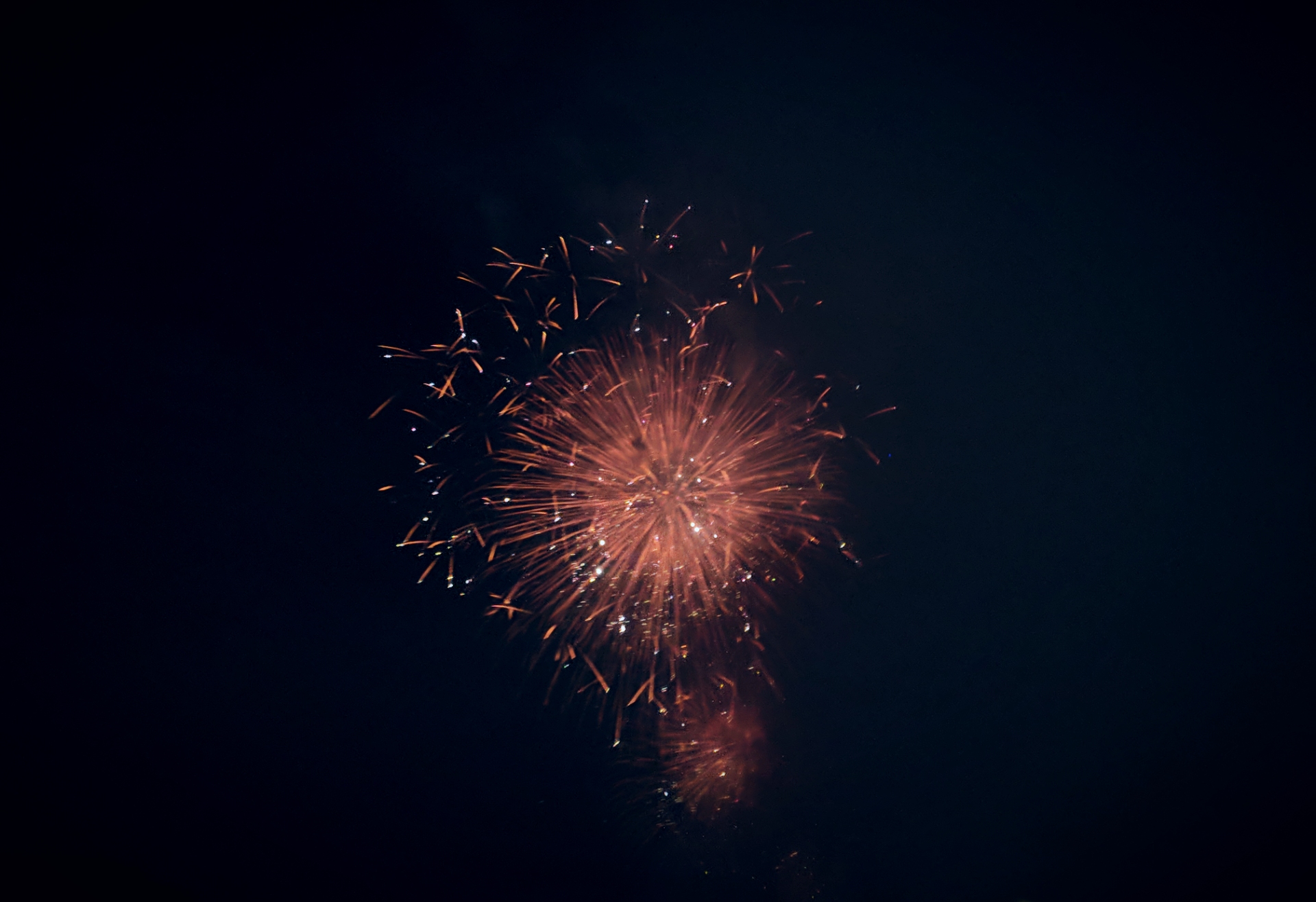 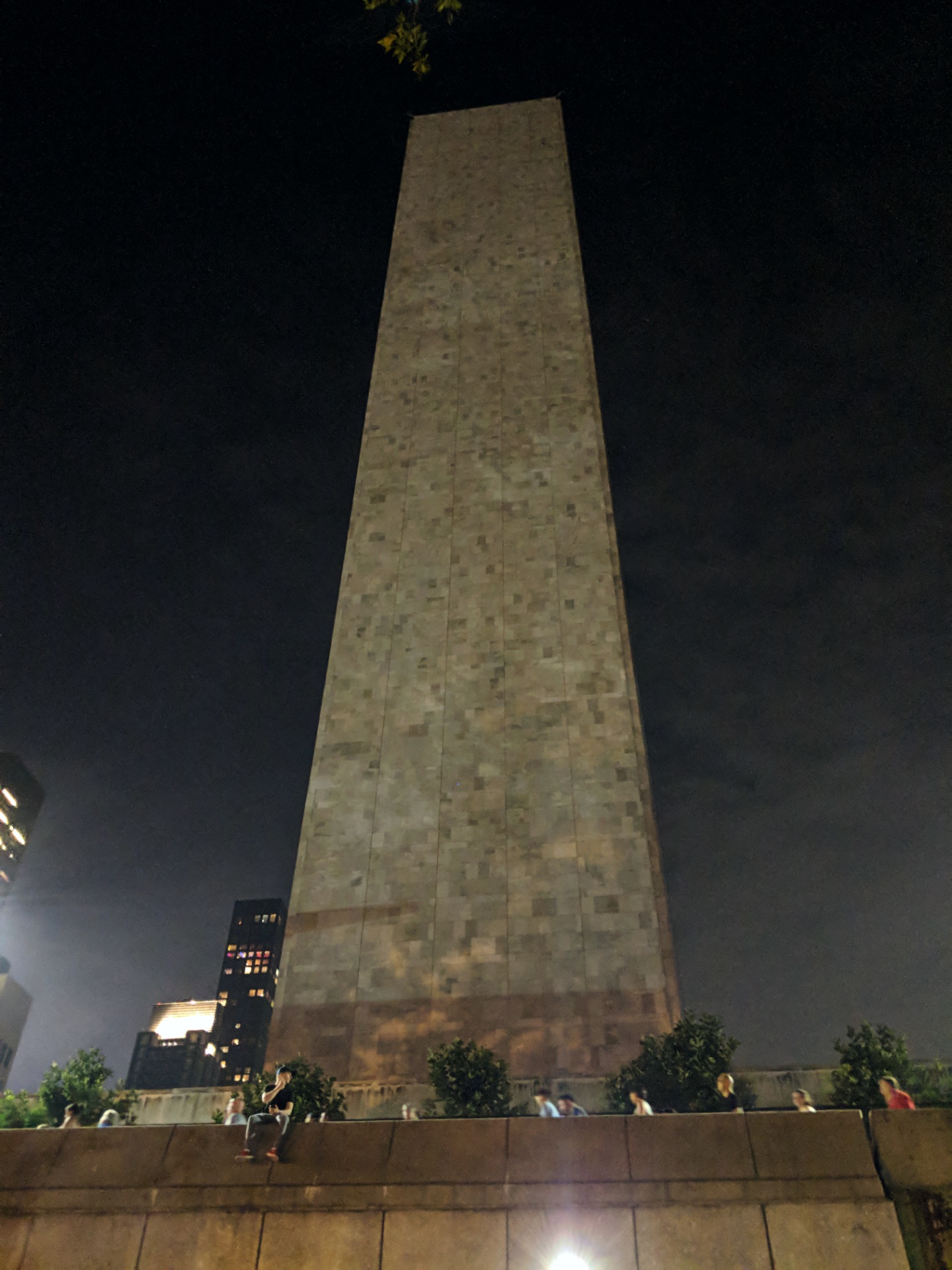 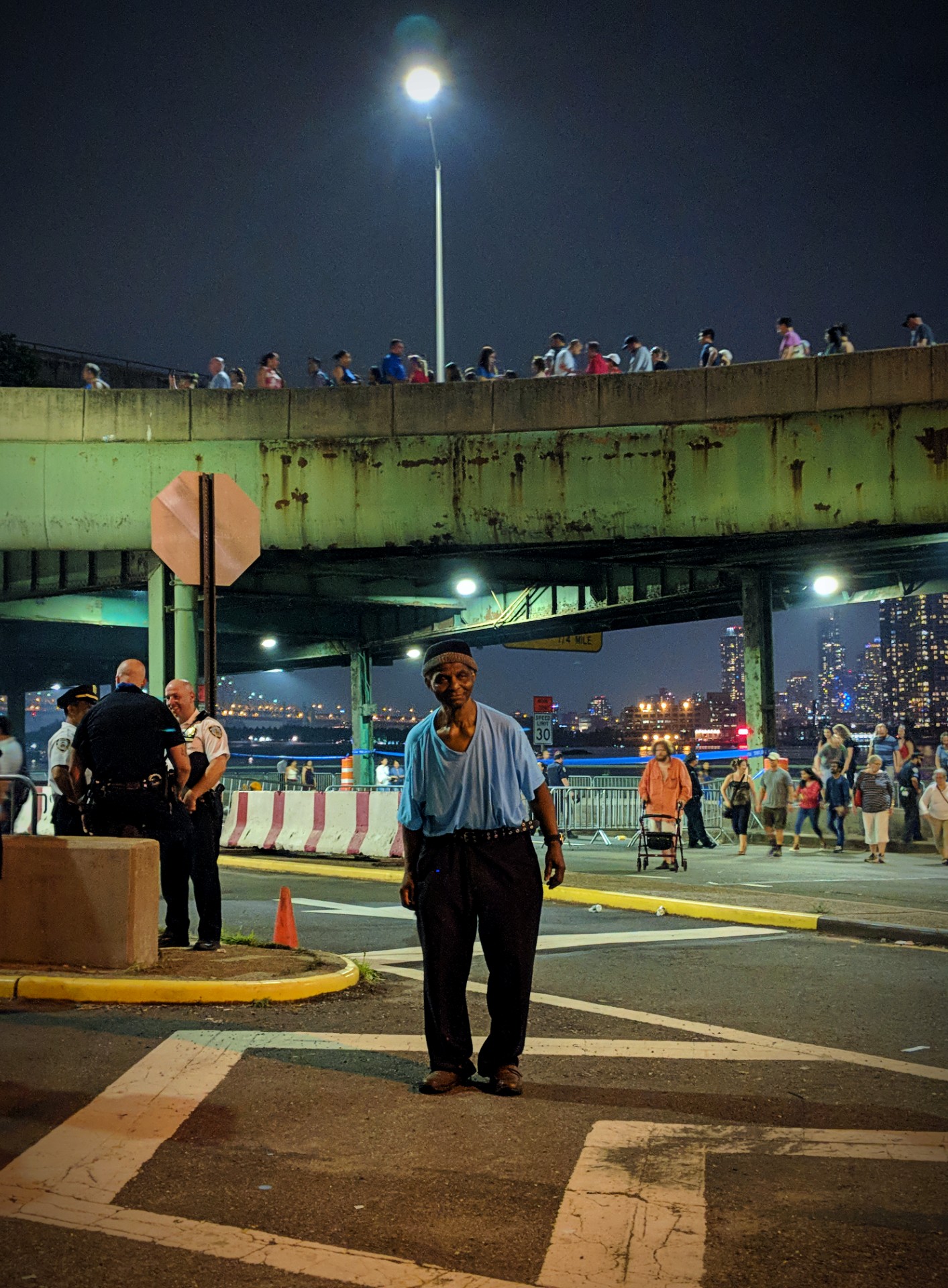 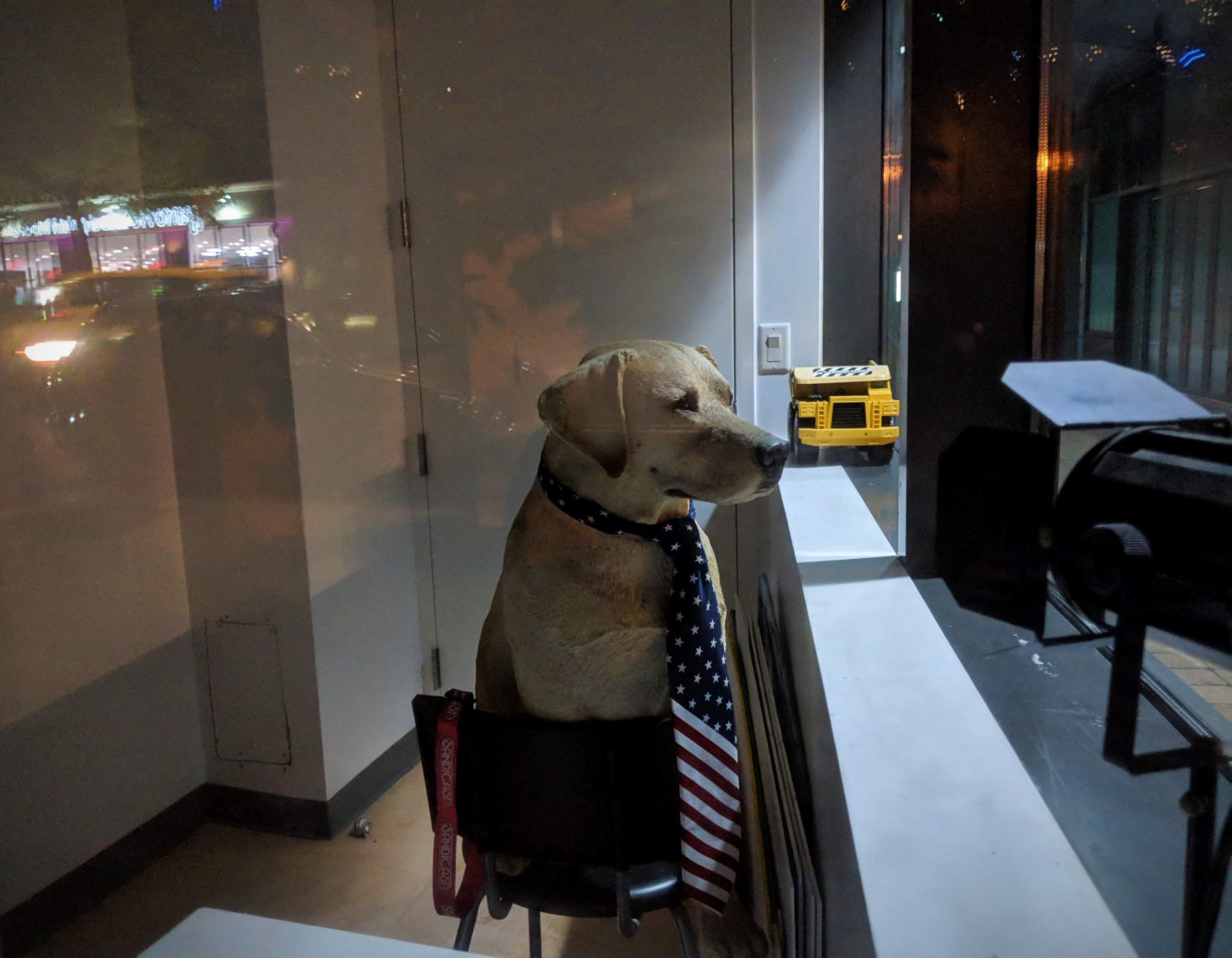 of the Ravenswood Generating Station, or Big Allis to friends. Actually there are four, but only three are visible from this angle.

When it opened in 1965, it was the “world’s first million kilowatt unit…big enough to serve 3.000.000 people”. In today’s figures, it has the capacity of providing around 20% of the electricity consumed by New York City.

At the time of its installation, it was also the world’s largest steam energy generating facitly. Today, when necessary, steam is supplied from the plant to the Manhattan steam system via the Ravenswood tunnel which runs under the East River. 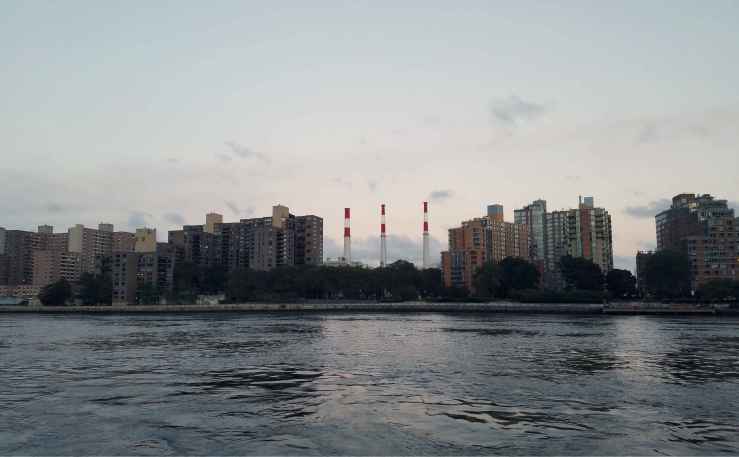 Taken from the John Finley Walk on the Upper East Side. The trees and buildings left and right are actually closer, on Roosevelt Island; Big Allis is located further away on Vernon Blvd and 36th Avenue, in Queens.

View from the terrace outside the Delegates’ Lounge. East River is on my back and Le Corbusier’s oblique design of the General Assembly building in the foreground. The Chrysler Building at the back looks so small because it sits half a mile away. 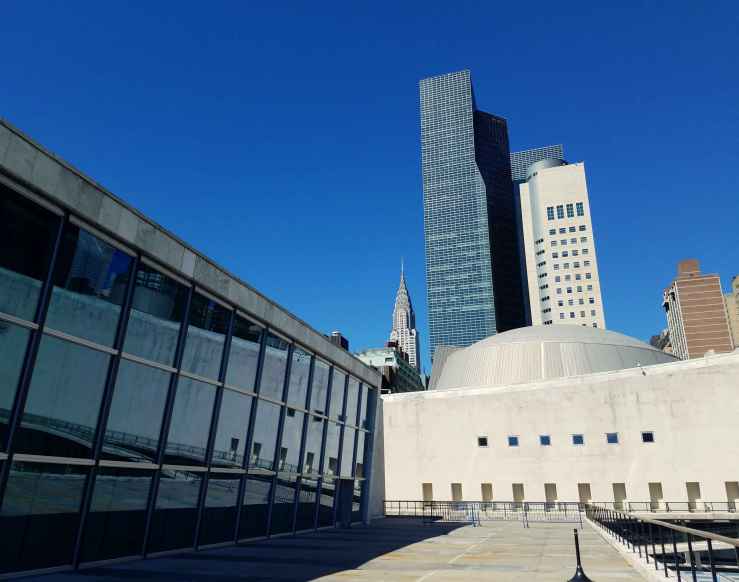 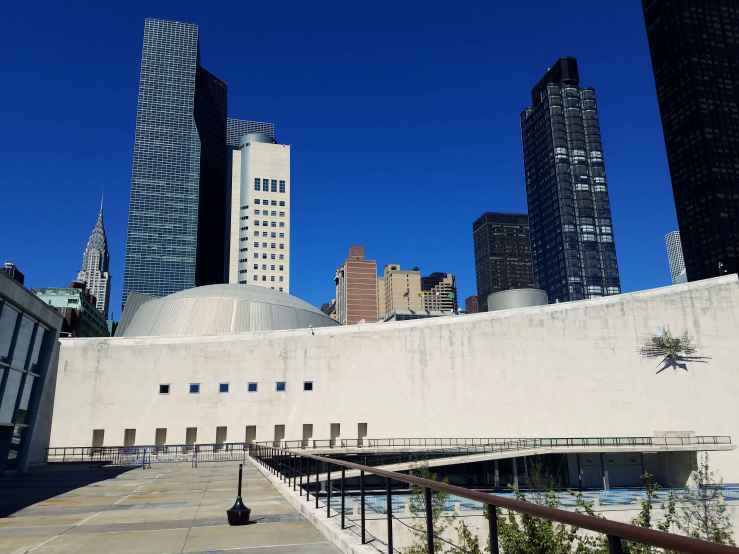