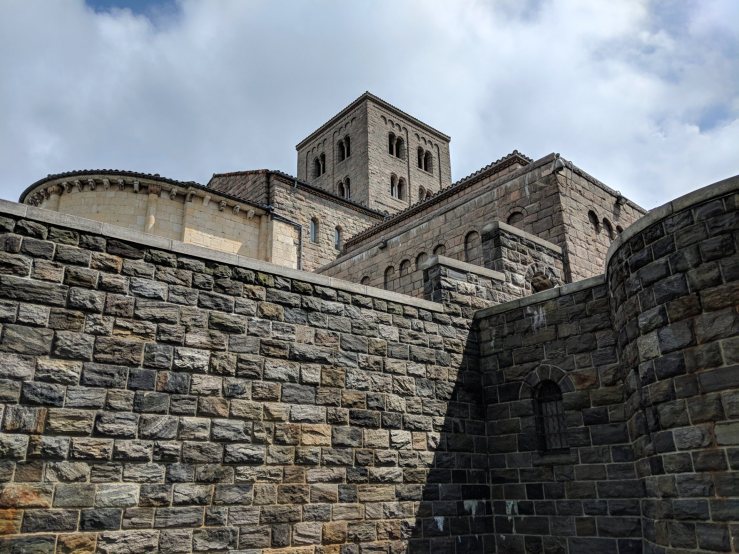 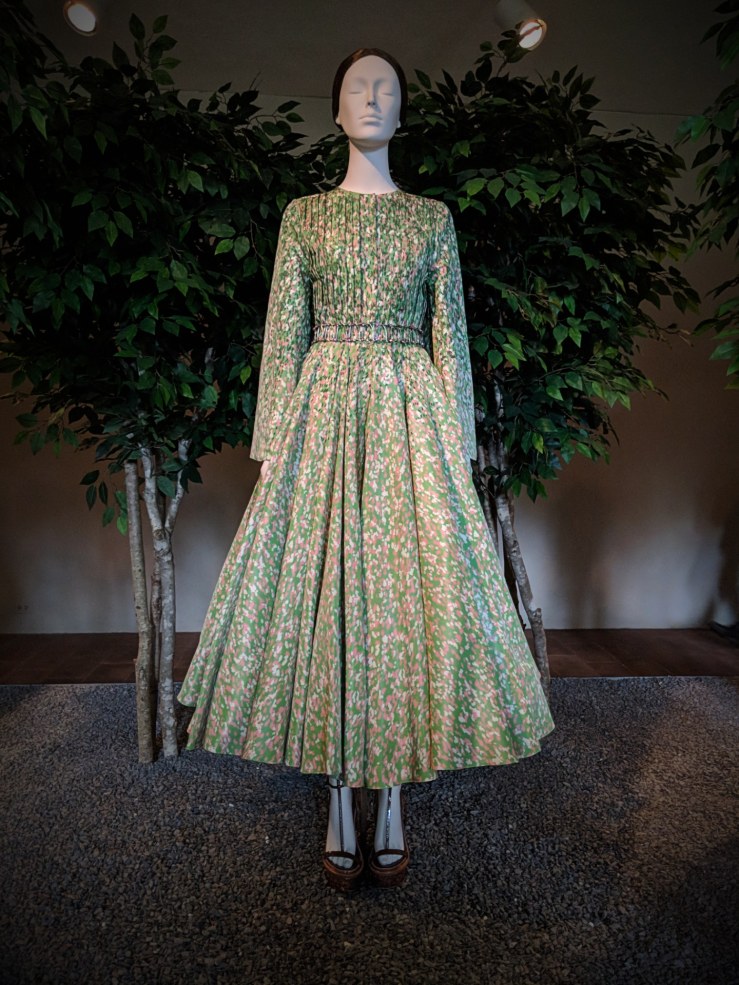 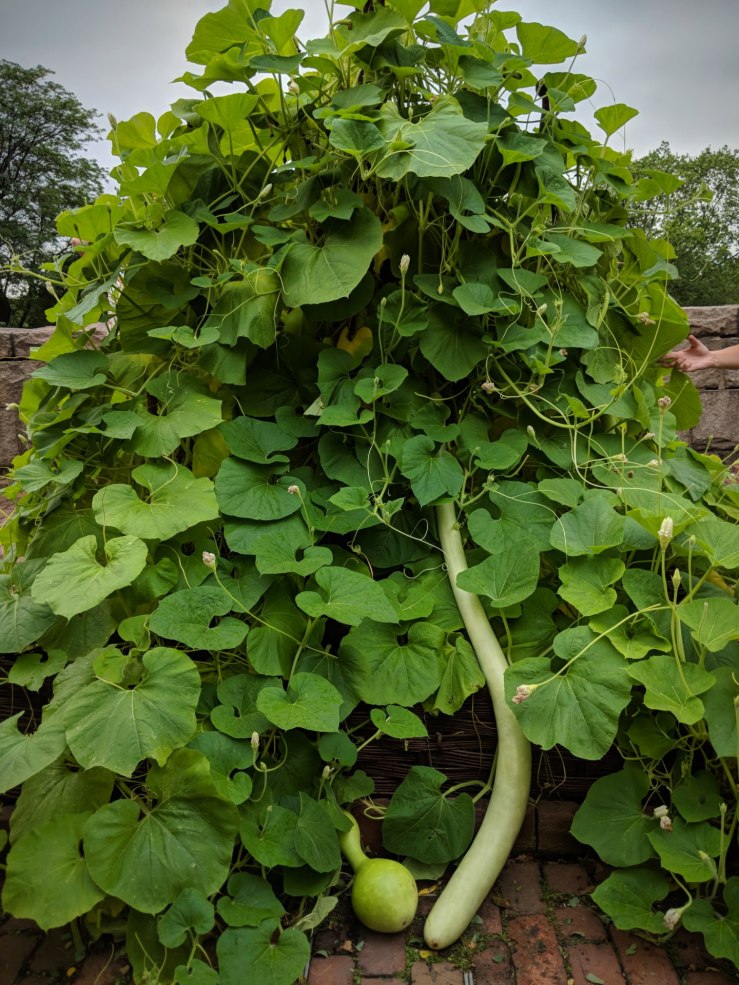 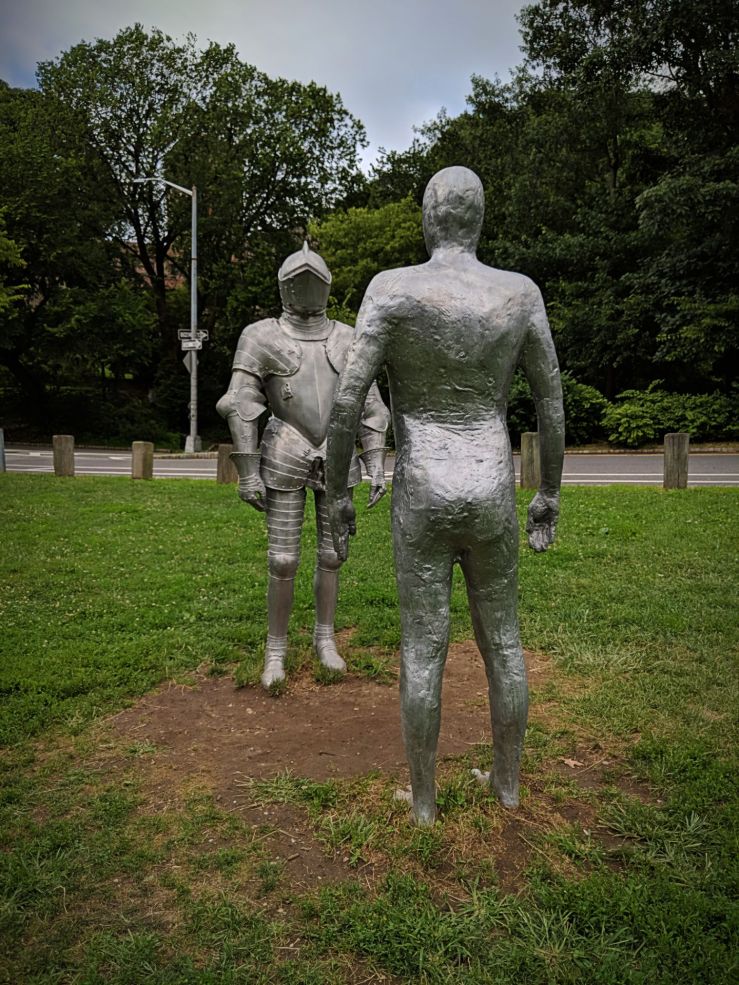 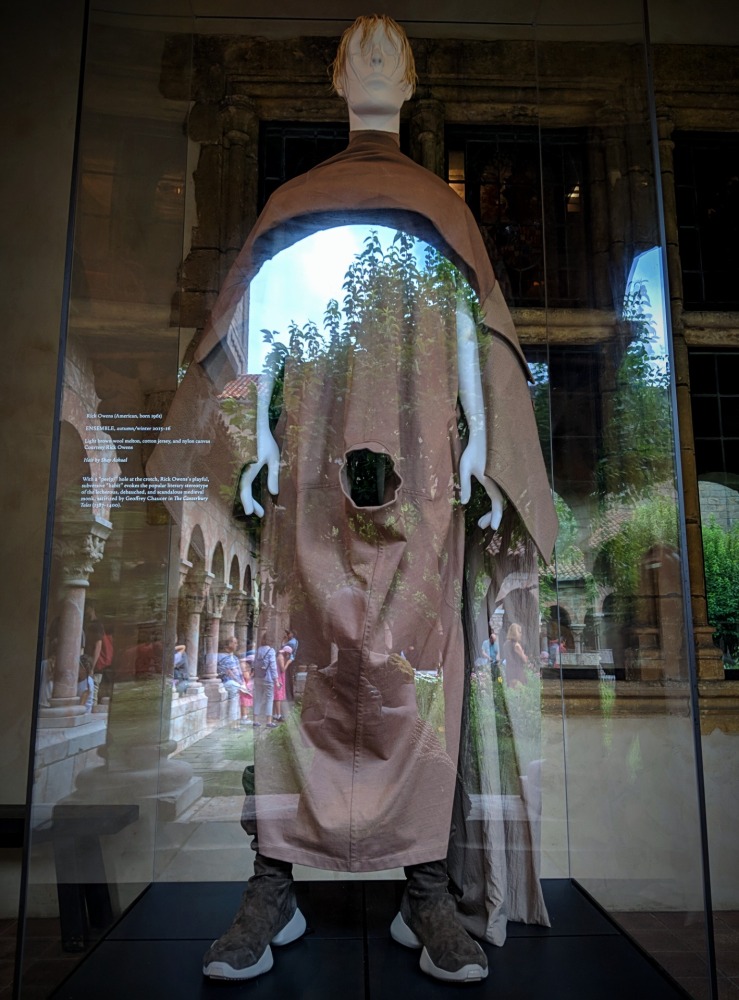 Rick Owens
Ensemble, A/W 2015-16.
With a pee(p) hole at the crotch, Owens’ playful,  subversive ”habit” evokes the popular literary stereotype of the lecherous, debauched and scandalous medieval monk, satirized by Geoffrey Chaucer in ”The Canterbury Tales” (1387-1400).

Well, I don’t know about the bodies but some of the gowns were heavenly, indeed! The exhibition was two-part, the main segment being at The Met on Fifth Avenue, and an annex displayed at the medieval monastic environment of The Cloisters, where the gowns seemed to have found their natural habitat, as if they had always belonged there. If I had to describe the display, setting & ambience in one word, that would have been ”sublime”. 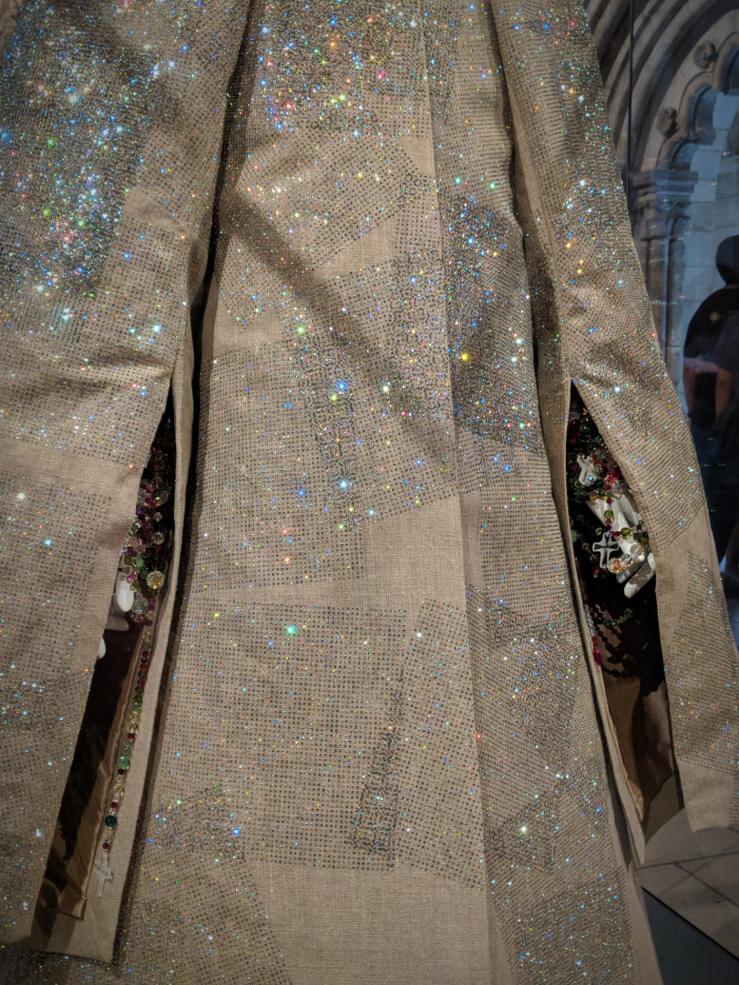 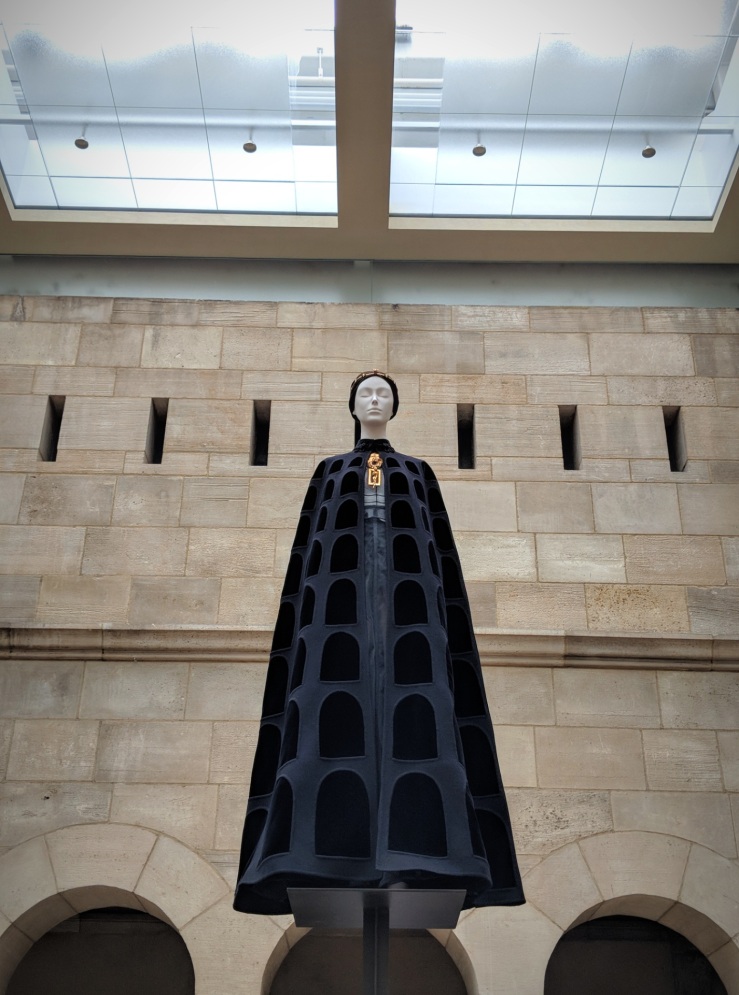 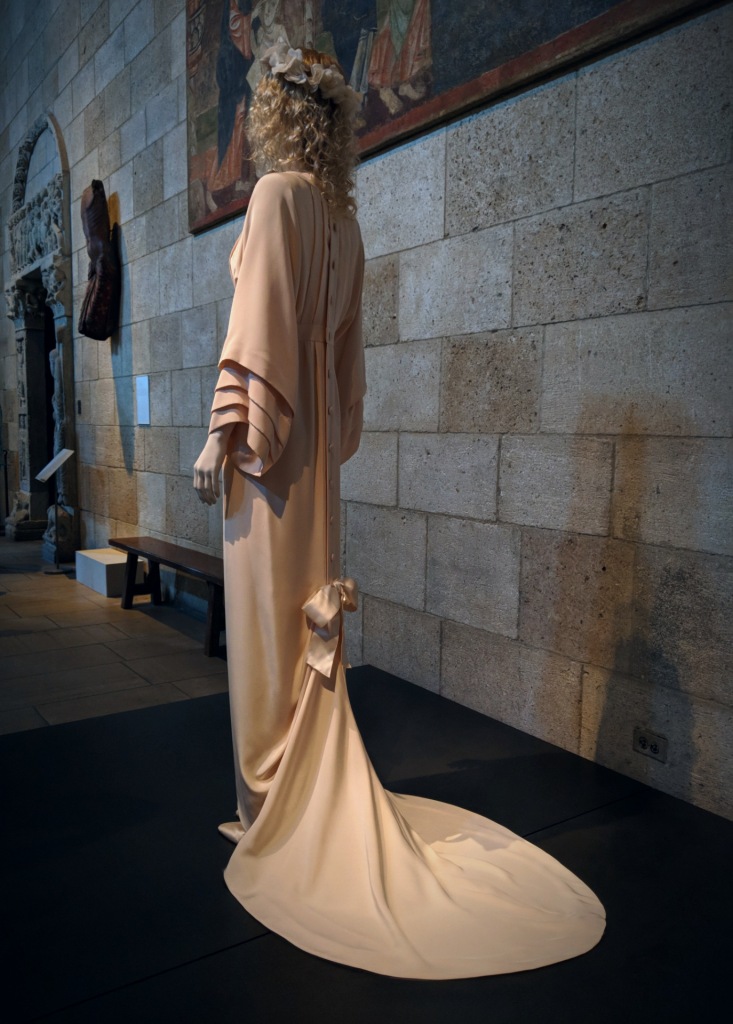 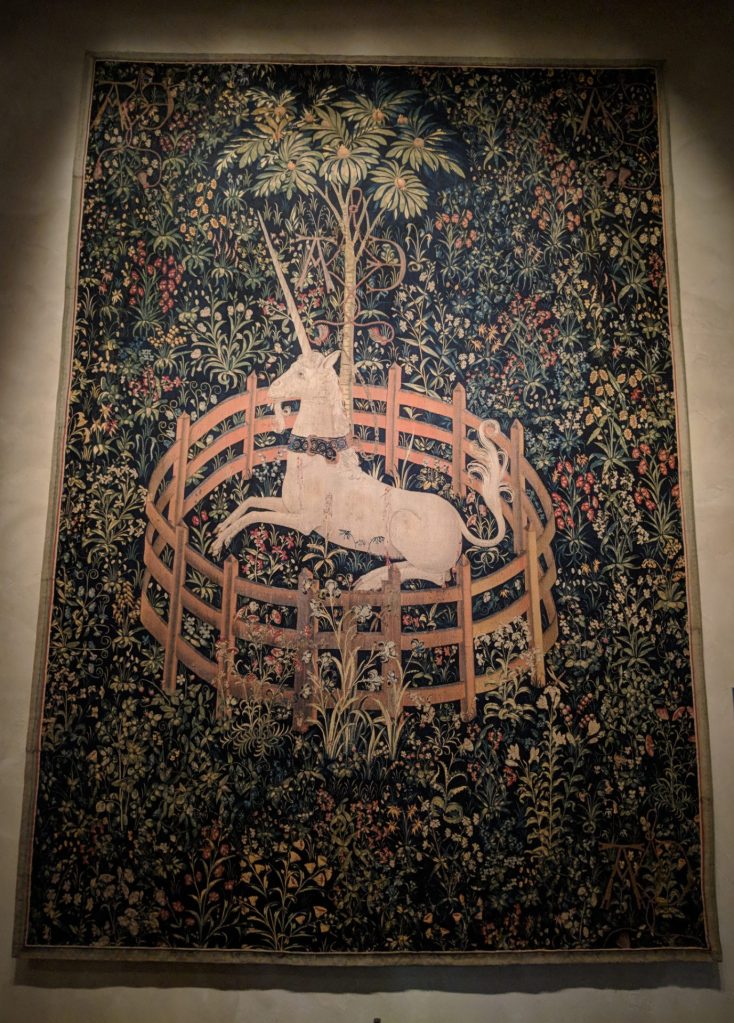 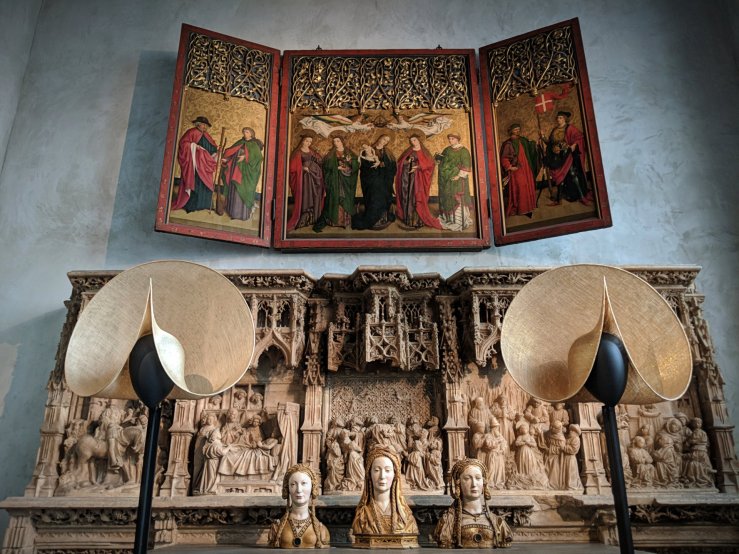 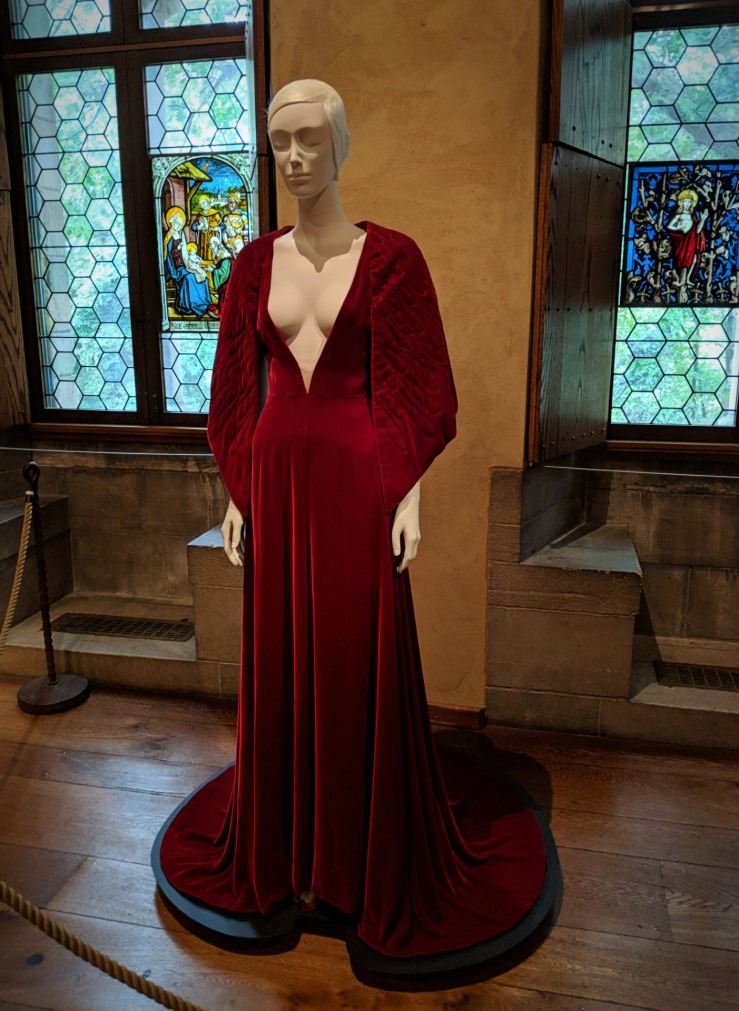 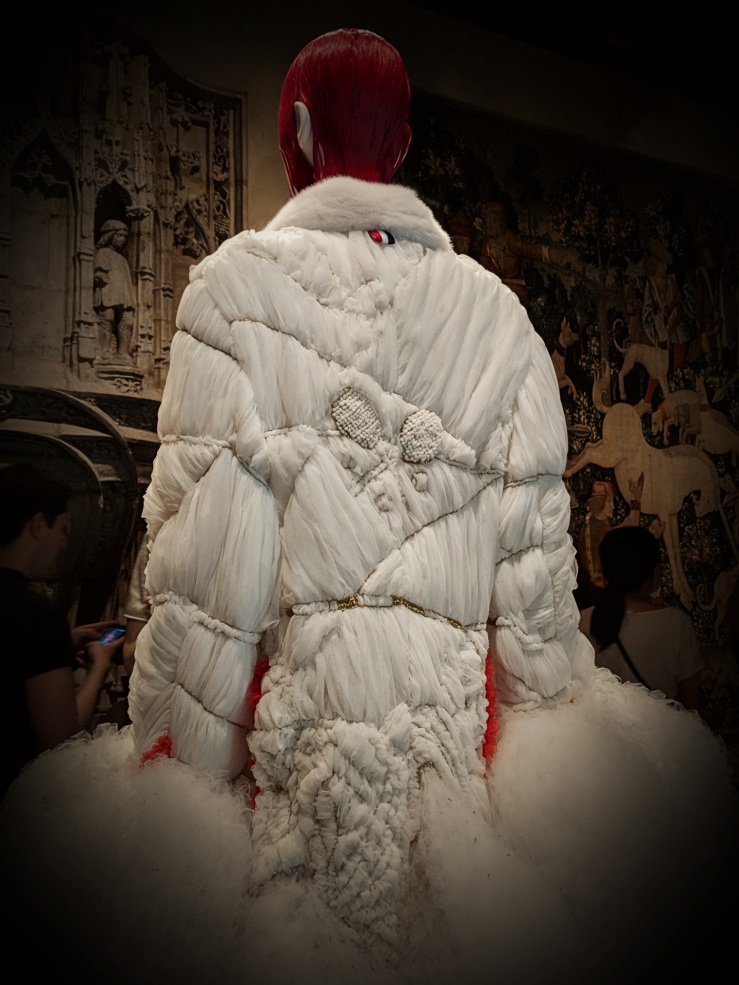 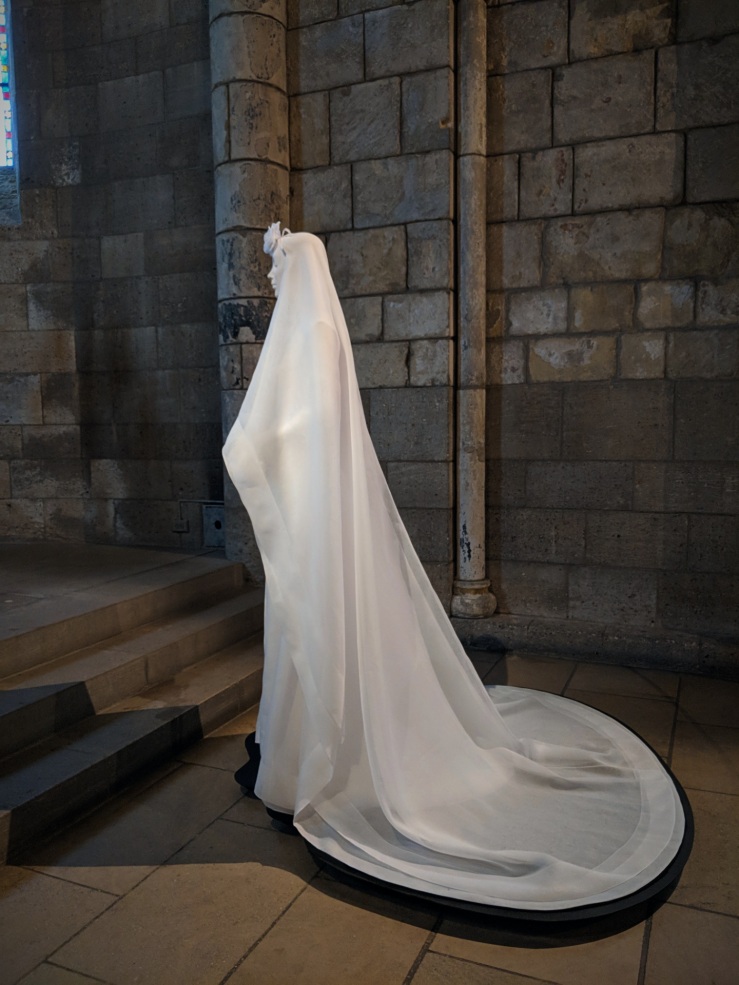 Fashion history has designated this garment by Cristobal Balenciaga the ”one-seam wedding dress.” If the dress were indeed made from a single length of fabric, it would claim a biblical source: Jesus’ seamless robe at the Crucifixion. The dress, however, is made of two pieces of fabric stitched together and it has three shaping seams – two at the shoulder and one down the centre of the back. 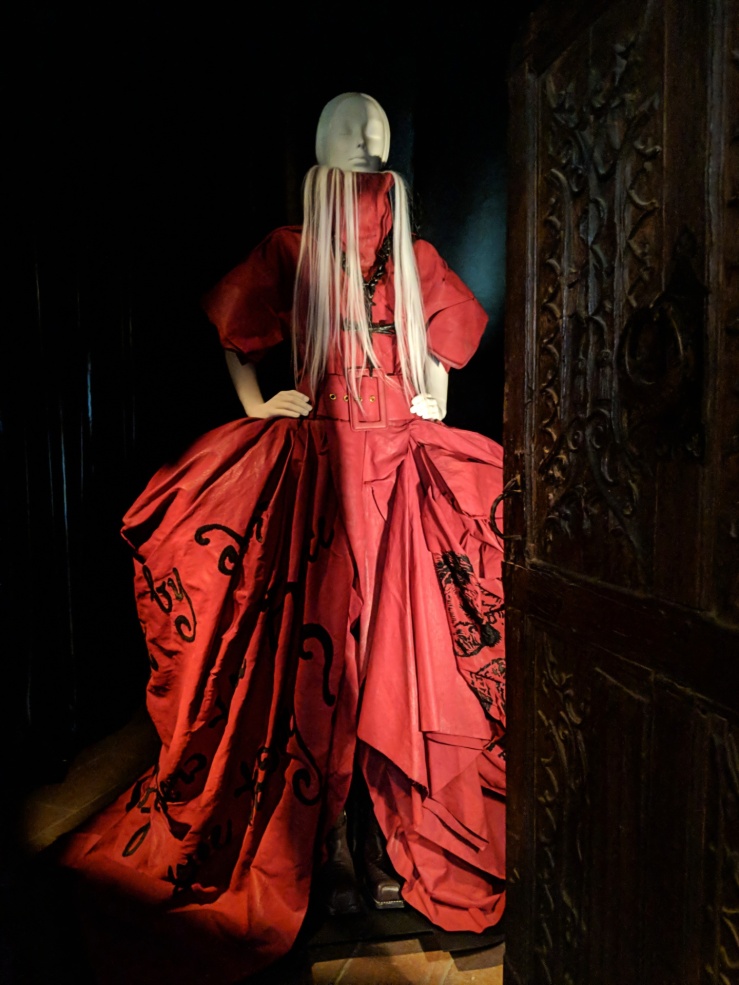 This tiny Book of Hours is one of Simon Bening’s prayerful jewels, intended for use at regular intervals throught the twenty-four-hour day (ideally every three hours). It was a reminder of the omnipresence of God, meant to be attached to its owner, or stored with precious possessions.

This chasuble was created for Saint John Paul II to wear on World Youth Day in 1997. 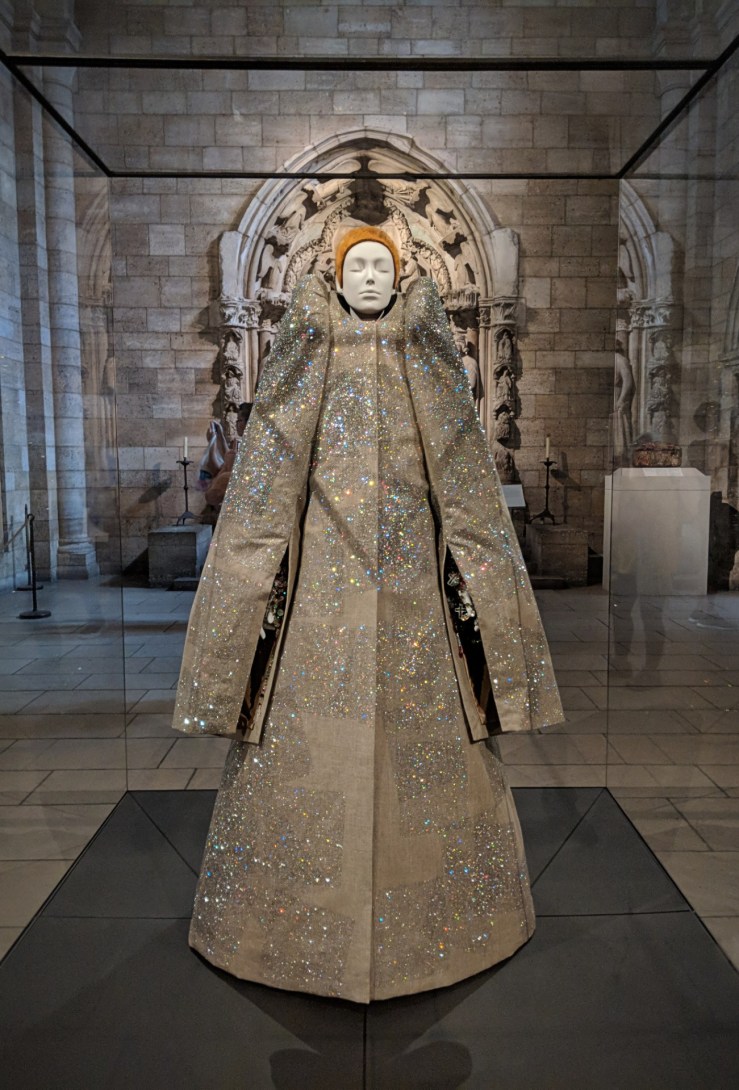