Long before the virus, there was the park.

It was here, at Flushing Meadows-Corona Park that the 1964 World’s Fair took place. Most of the futuristic structures created for the fair survive only in vintage photos. Yet, there are still a few remnants so striking they have become iconic symbols of the borough of Queens.

Like the New York State Pavillion, designed by Philip Johnson and Richard Foster, which stayed because it was too expense to demolish.

Or the Unisphere, dedicated to “Man’s Achievements on a Shrinking Globe in an Expanding Universe”. Designed by Gilmore Clarke and made of stainless steel so it would never rust, its three rings represent the orbits of Cosmonaut Yuri Gagarin (the first Russian), Astronaut John Glenn (the first American), and Telstar 1 (the first communications satellite that enabled the first transatlantic television transmission, linking the United States and France).

Finally, the Rocket Thrower, a 43-foot bronze figure designed by sculptor Donald De Lue; a giant launching a rocket with the one hand and reaching for the stars with the other.

Imagine what it would be like to step out of the subway and see these gigantic structures, all new and fully functioning, for the first time! 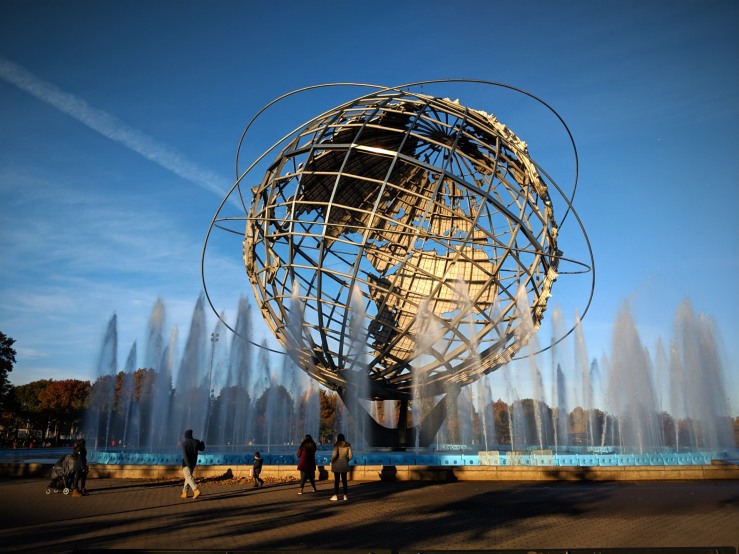 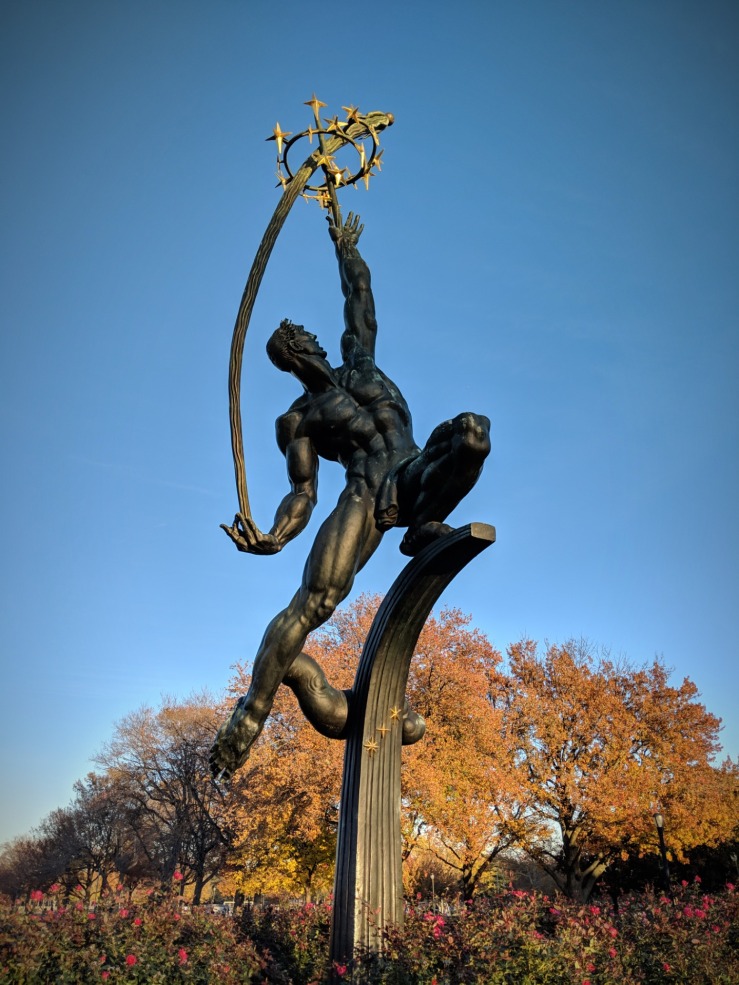 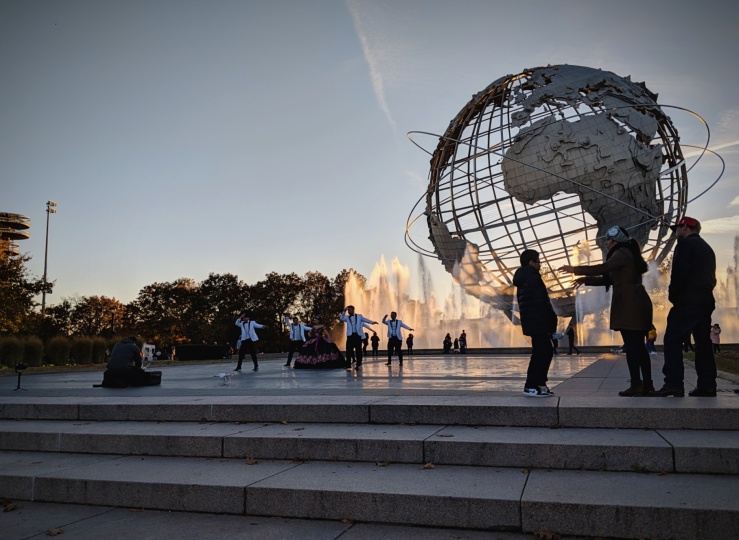 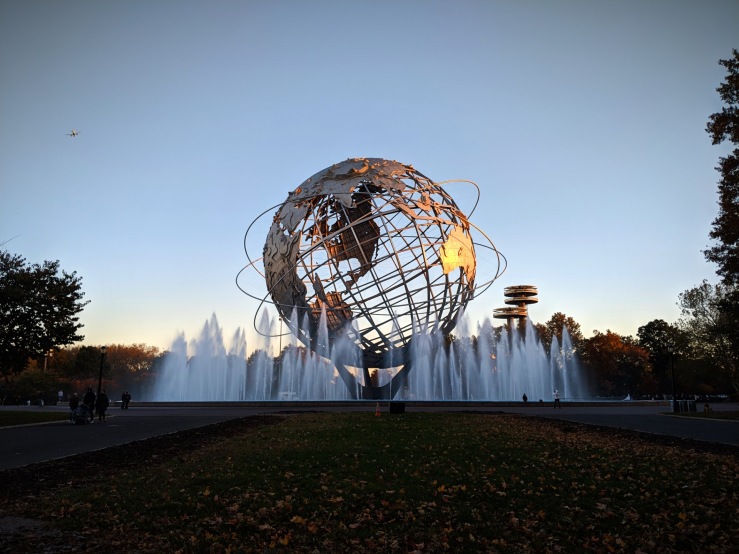 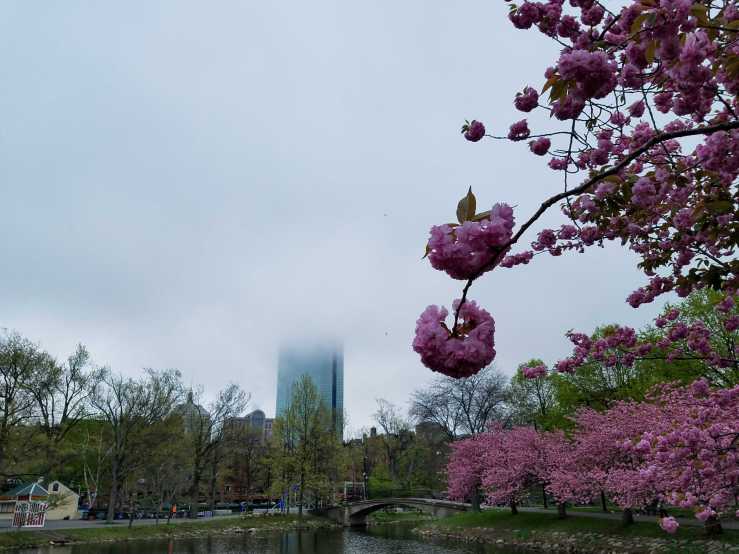 There is so much going on, on the Charles River Esplanade – but that’s only my guess, quiet as it was on that cloudy May Day. On warmer days, the Hatch Cell becomes alive with concerts and plays. There are many sports and playgrounds alongside, and paddling on the river. People are walking and jogging, others play on the lawn. Families and friends share picnics. There is music and laughter and basking in the sun. But, for now, let us enjoy a precious moment of peace, as transient and fragile as those pink cherry blossoms. 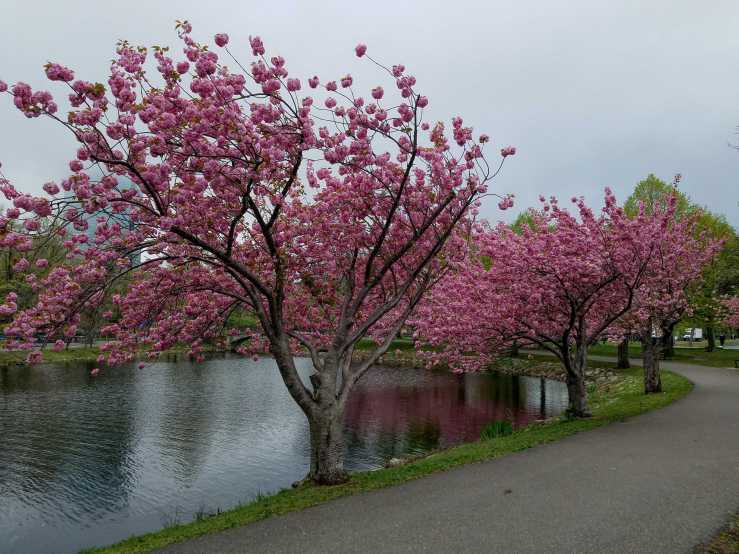 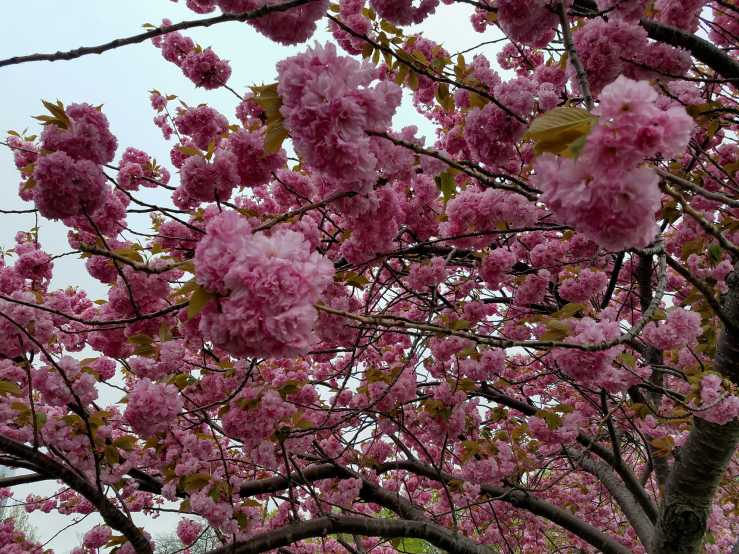 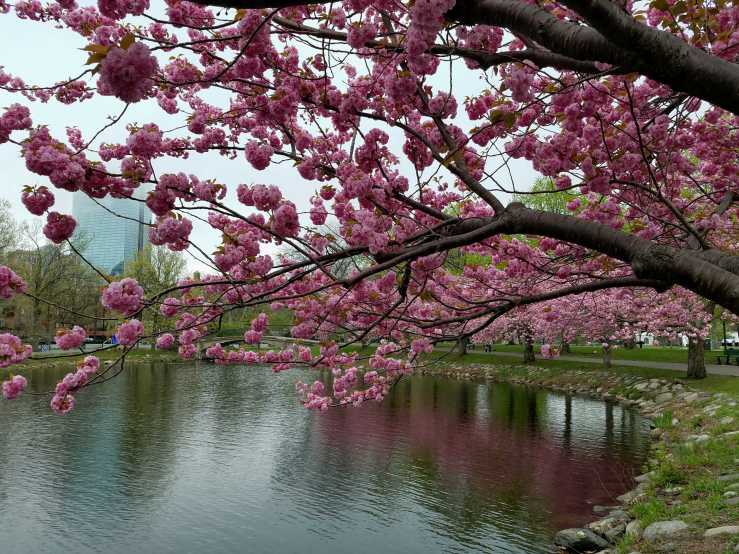 Allow two hours to cross to New Jersey and back – extra time for walks in Fort Lee Historic Park, for more views of the river and Manhattan that will test your sense of scale. If you’re lucky, you may even make some new friends among the permanent residents of the Park. 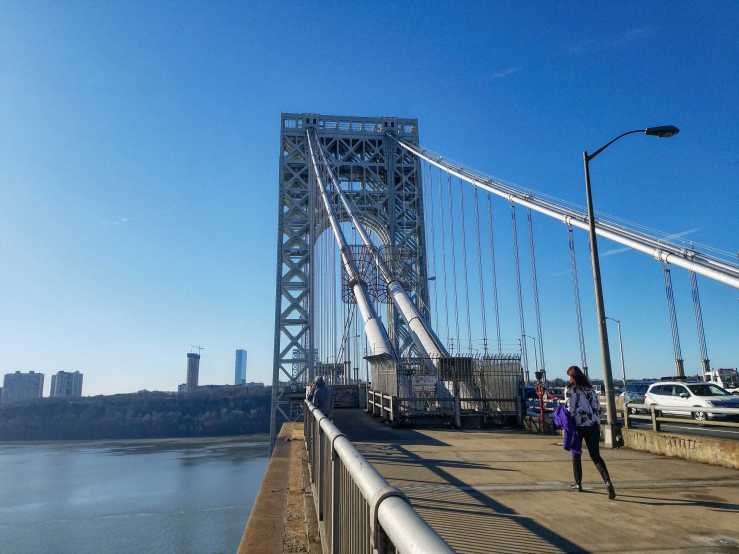 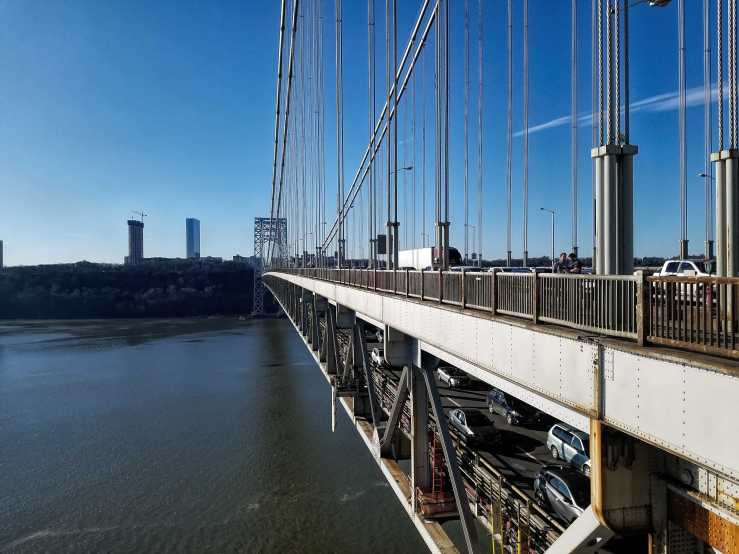 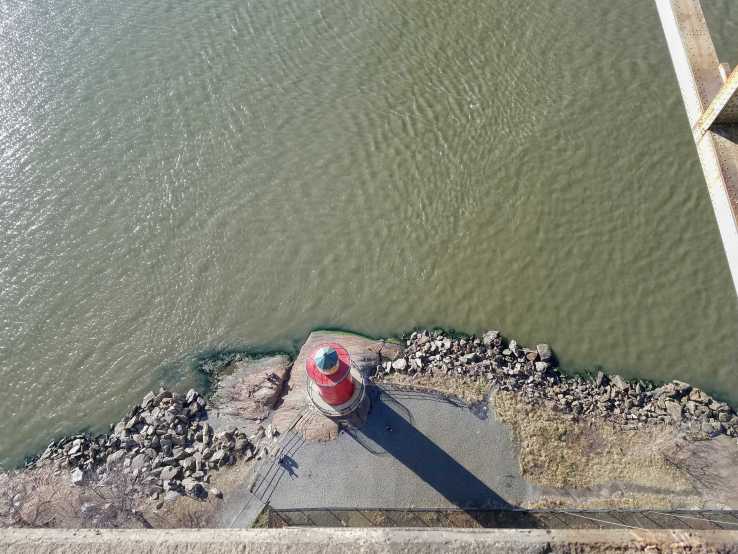 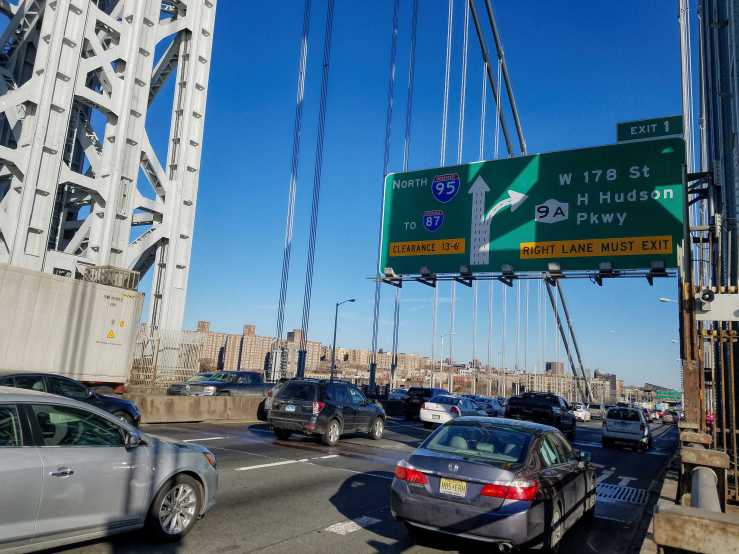 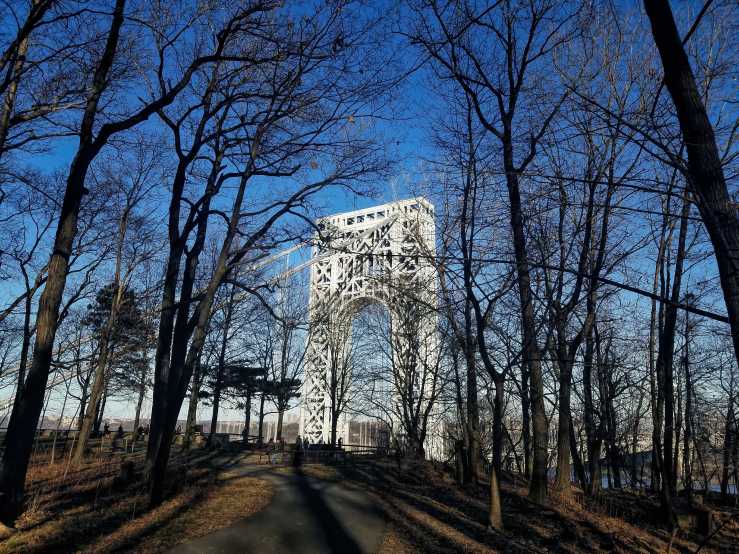 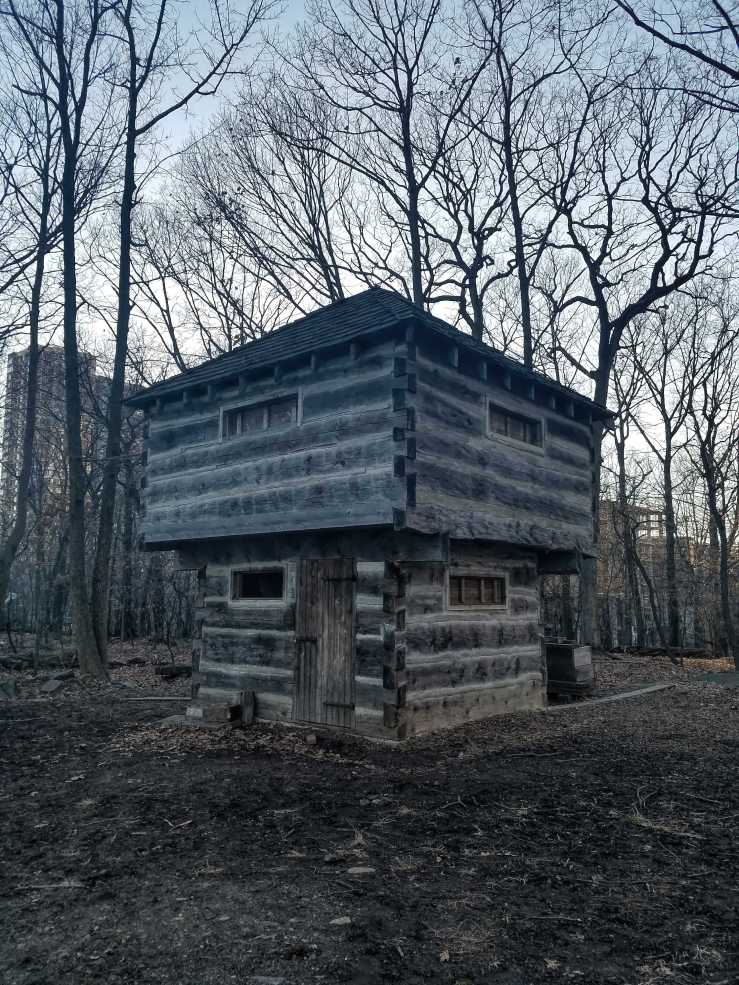 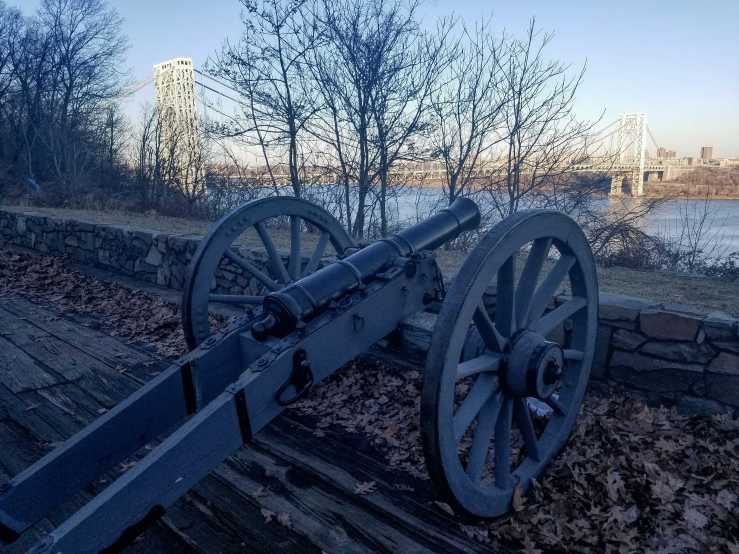 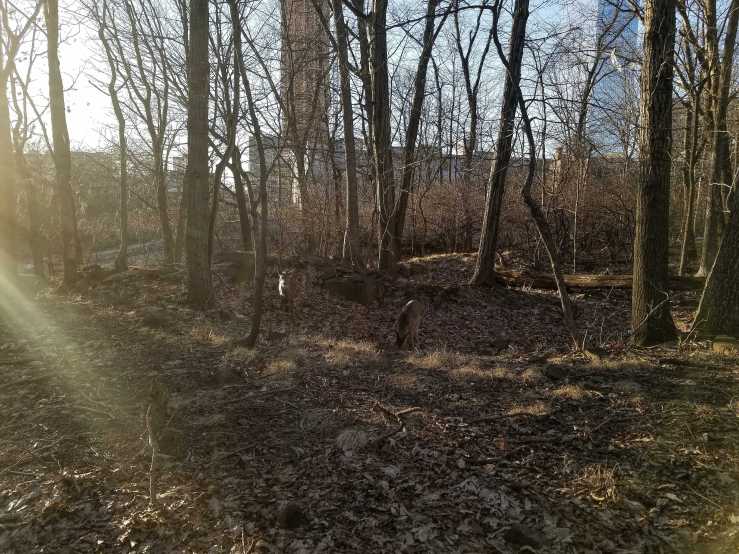 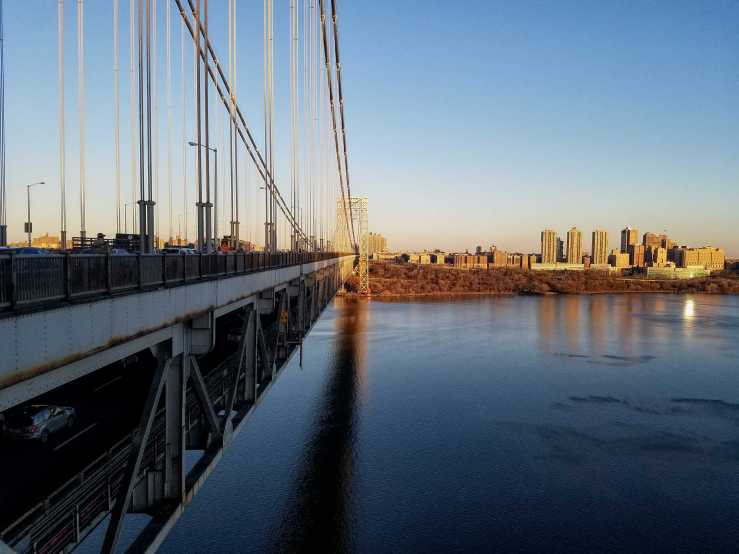 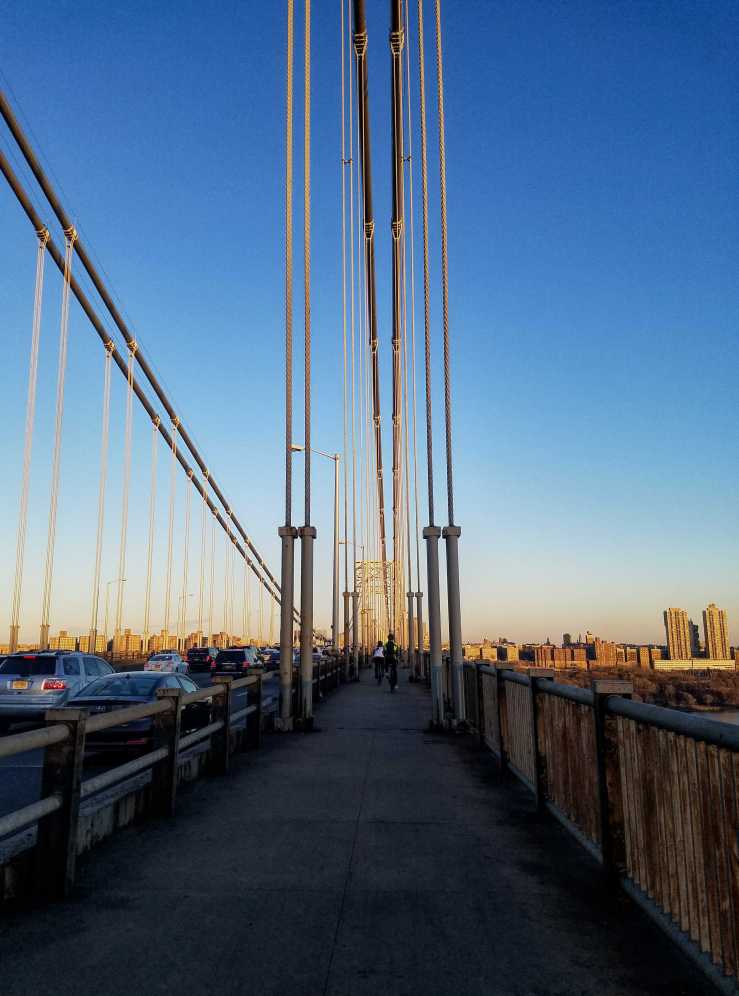 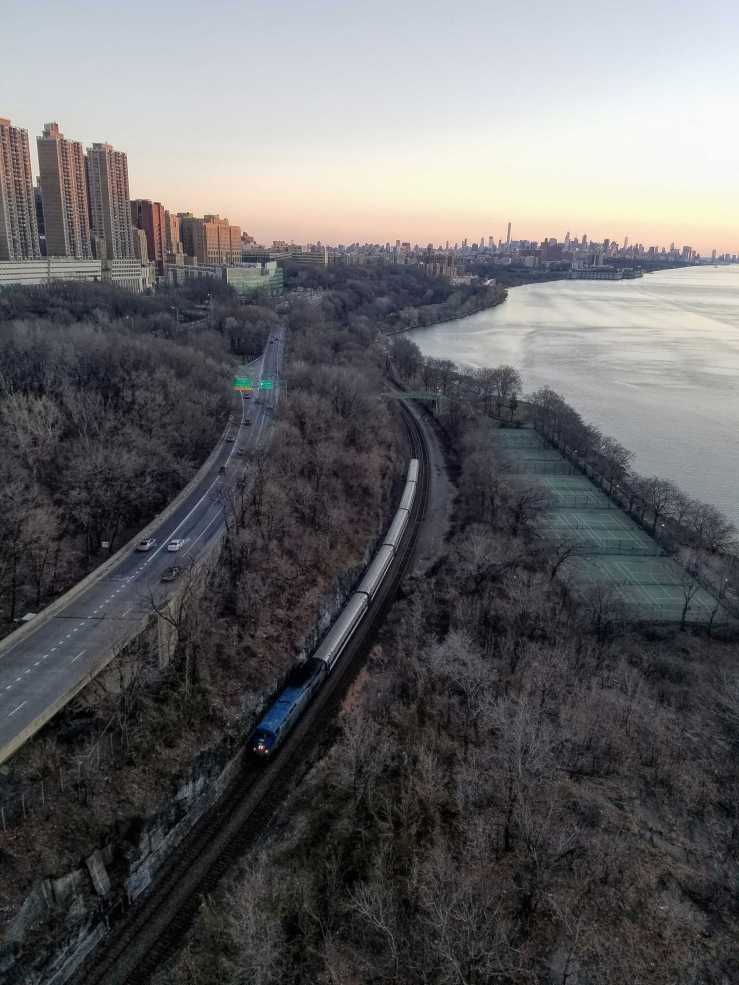 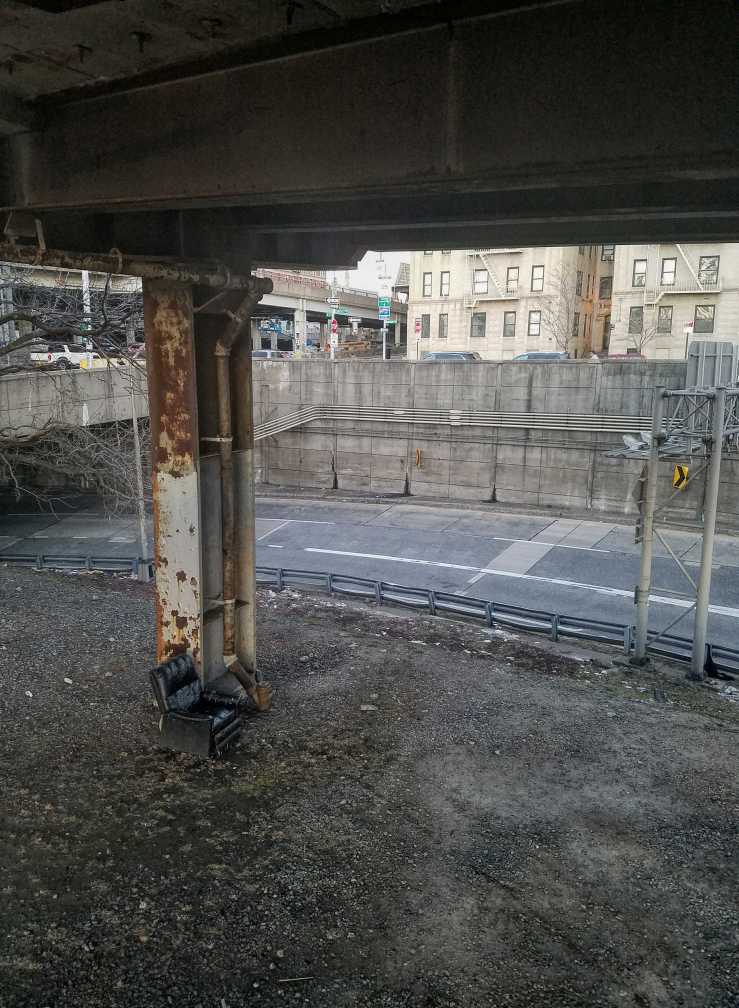 Sidewalks are shared by pedestrians and bikes. Construction projects may affect which side is open. Info about this and directions to the sidewalks can be found here.