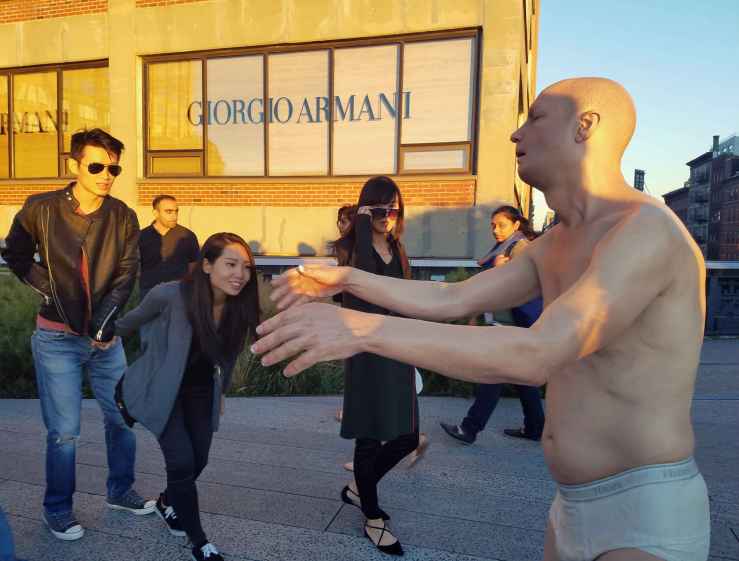 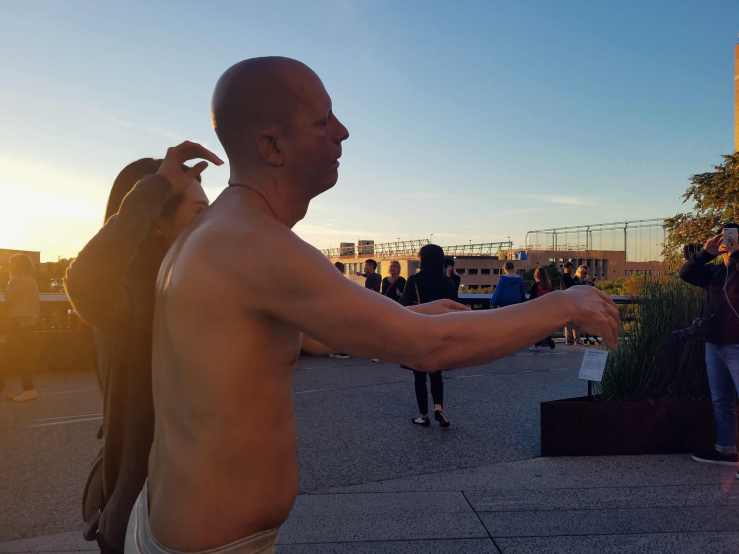 The Sleepwalker will be meandering about in a deep sleep until March 2017 on the High Line. In his dream, people walk past giving him strange looks. Some long to touch him. Others are afraid.

I want to dream like the Sleepwalker. Perhaps I do. Perhaps my whole life is but a long sleepwalk. I’ll know when I wake up. Perhaps I never will.

The whole universe in one poster. At MoMA cinema. 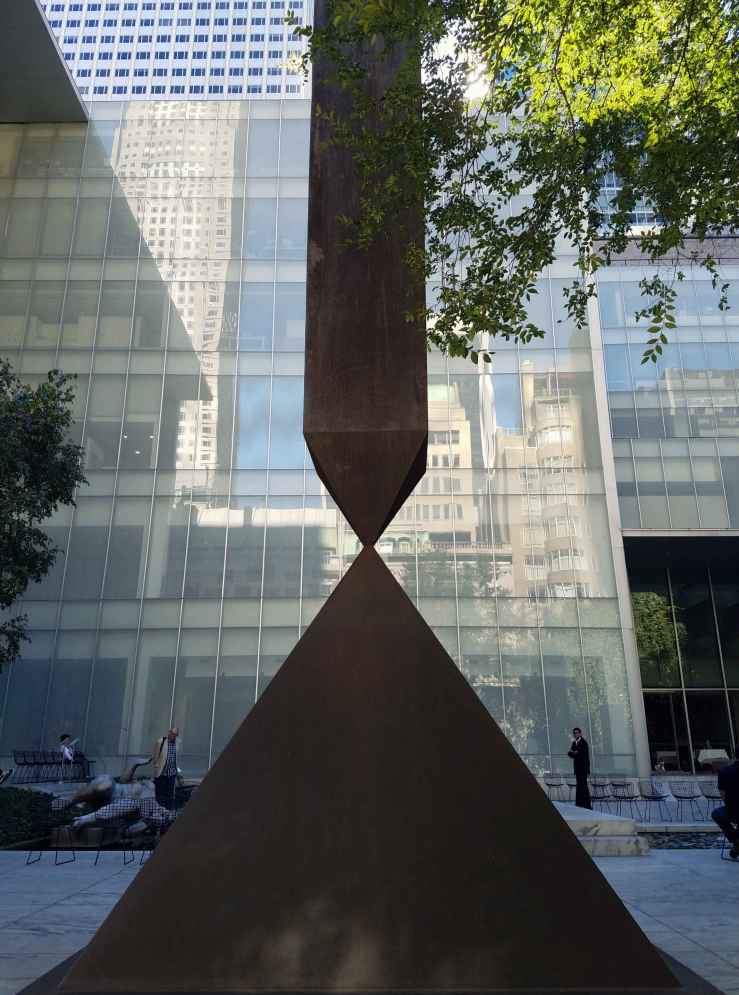 Viewing Richard Williams’ The Thief and the Cobbler: A Moment in Time, the Director’s own restored version.

A hotel dedicated entirely to the well-being and protection of women? I knew there was something special about the building just by looking up to its tree-lined roof matching the colours of the street below. Perfection!… I thought.

Even more so, after reading about its role as a sanctuary for women moving to New York for work in the ’20s. Smart girls who knew how to stay out of trouble – or so their parents hoped – came to live in its rooms, minuscule to accommodate as many as possible. The hotel also offered a swimming pool (still in use today), a library, recital rooms, a sundeck, a solarium, squash and badminton courts, and a formal dining room.

Then came the ’60s and smart girls sought different kinds of adventures; the kind that didn’t include chaperoning and living in a sanctuary where no men were allowed beyond the first floor. The Barbizon changed hands many times until 2002, when it was renovated and became The Melrose Hotel; only to be purchased by developers three years later and converted into a luxury condominium building.

Interestingly, a few women, long-term tenants from the old Barbizon era still live in the building, protected by the rental laws of New York. 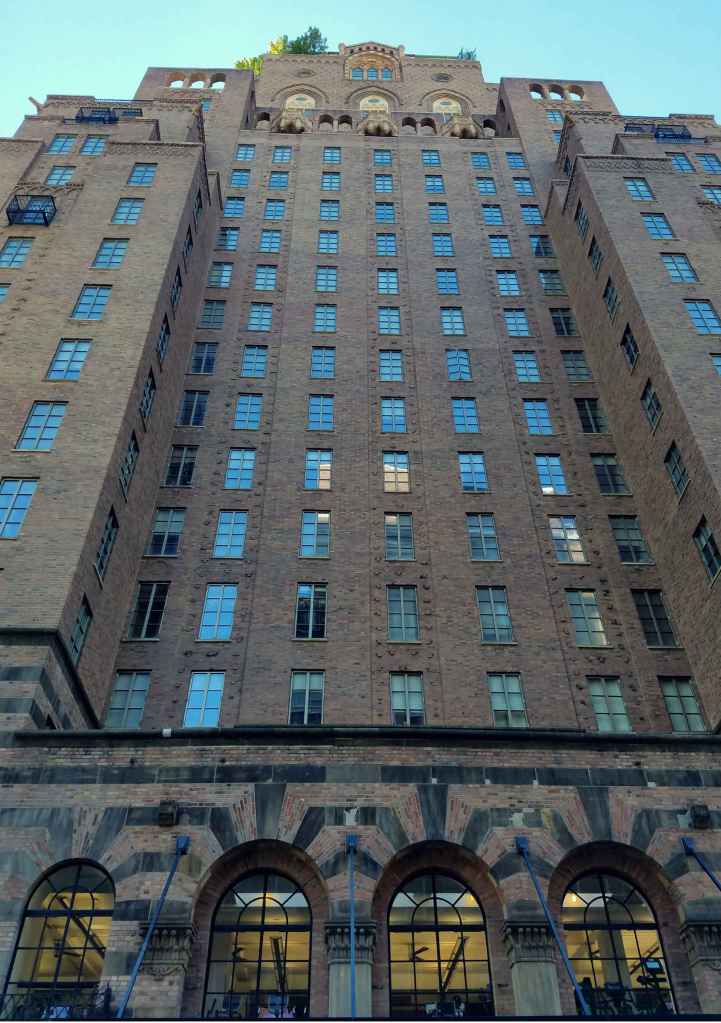 You can read more about it here & here.

Does this mean I have to take sides?

From A Retrospective: Ralph Steadman exhibition, held at The Society of Illustrators between September-October 2016

James Montgomery Flagg
”And now you won’t ever have any respect for me – how could you?”
Charcoal and wash on board

The Society of Illustrators 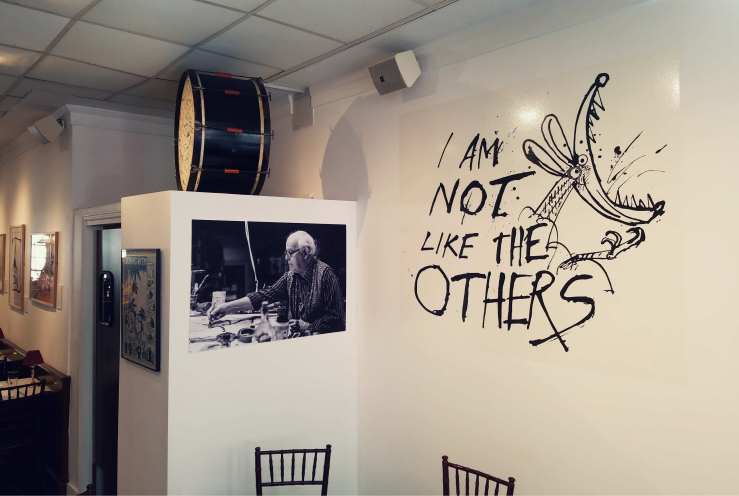 From A Retrospective: Ralph Steadman exhibition, held at The Society of Illustrators between September-October 2016