Oh sleep! it is a gentle thing,
Beloved from pole to pole!
To Mary Queen the praise be given!
She sent the gentle sleep from Heaven,
That slid into my soul.

The silly buckets on the deck,
That had so long remained,
I dreamt that they were filled with dew;
And when I awoke, it rained.

My lips were wet, my throat was cold,
My garments all were dank;
Sure I had drunken in my dreams,
And still my body drank.

I moved, and could not feel my limbs:
I was so light—almost
I thought that I had died in sleep,
And was a blessed ghost.

– Excerpt from The Rime Of The Ancient Mariner,

a poem by Samuel Taylor Coleridge 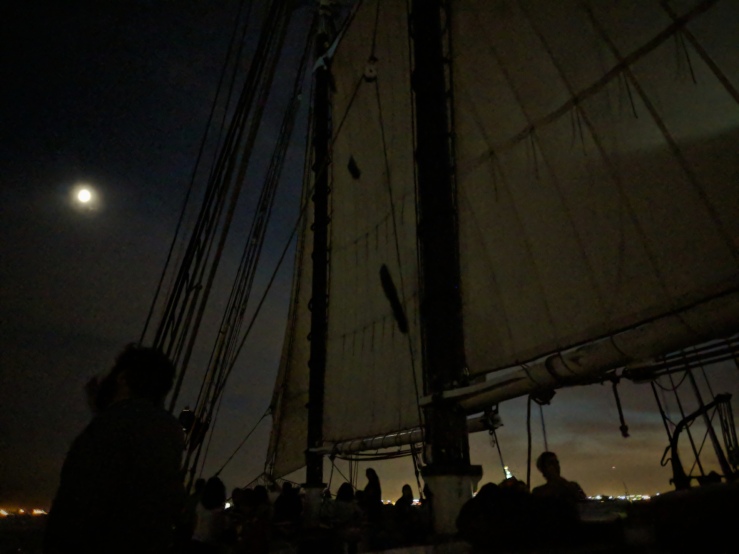 Listen to the reading by Deborah Warner

September 16th, 2018 – Aboard the Schooner Pioneer

All aboard for a two-hour sunset sail on New York Harbor – on 1885 Schooner Pioneer!

In the days before paved roads, small coastal schooners such as Pioneer were the delivery trucks of their era, carrying various cargoes between coastal communities: lumber and stone from the islands of Maine, brick on the Hudson River, and oyster shell on the Chesapeake Bay. Almost all American cargo sloops and schooners were wood, but because she was built in what was then this country’s center of iron shipbuilding, Pioneer had wrought-iron hull. She was the first of only two cargo sloops built of iron in this country, and is the only iron-hulled American merchant sailing vessel still in existence.

By 1930, when new owners moved her from the Delaware River to Massachusetts, she had been fitted with an engine, and was no longer using sails. In 1966 she was substantially rebuilt and turned into a sailing vessel once again. Today she plies the waters of NY Harbor carrying adults and children instead of cargo in her current role as a piece of “living history.” 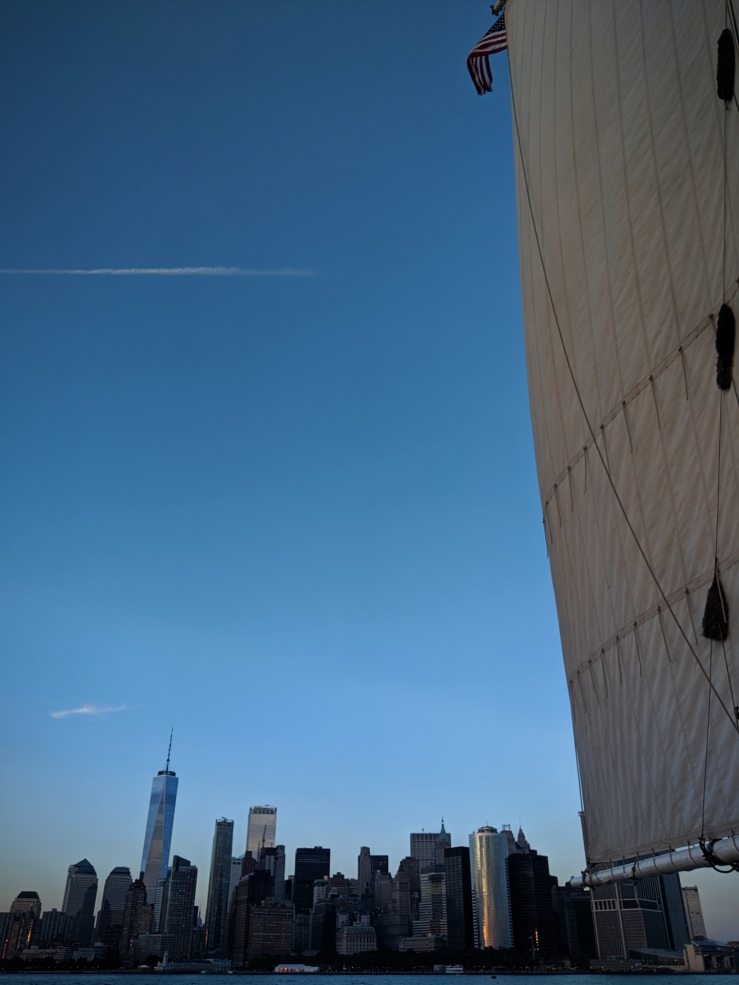 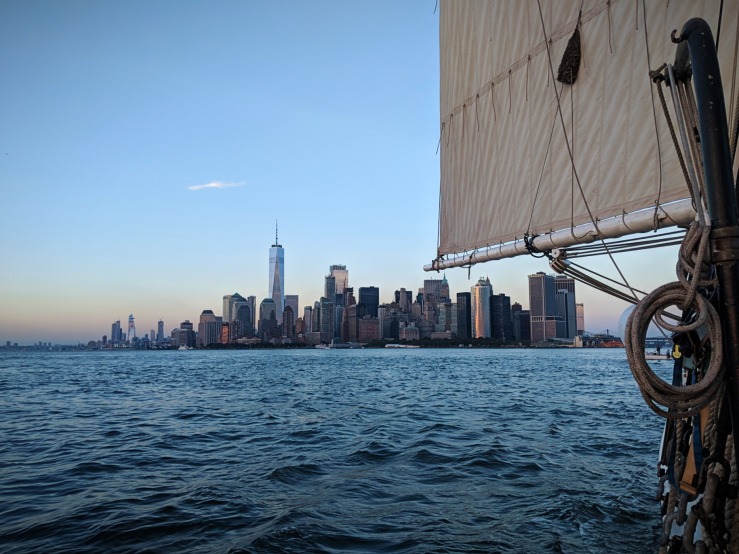 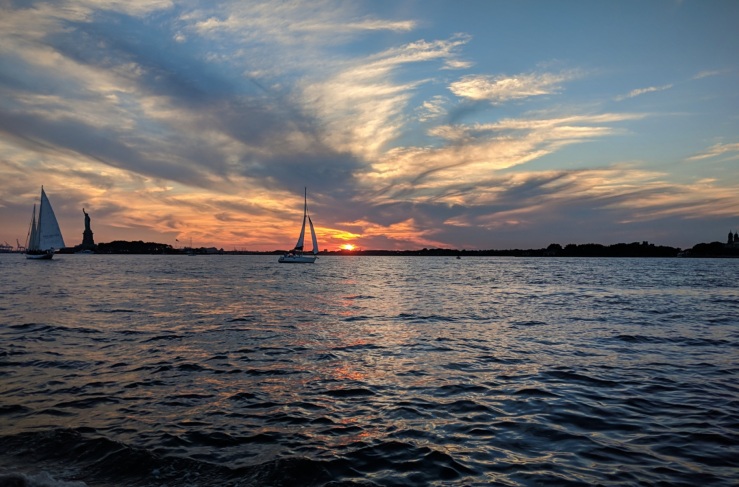 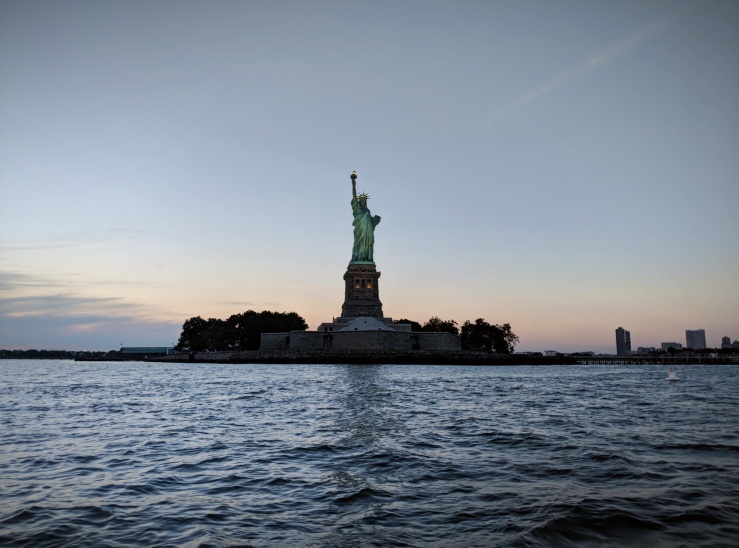 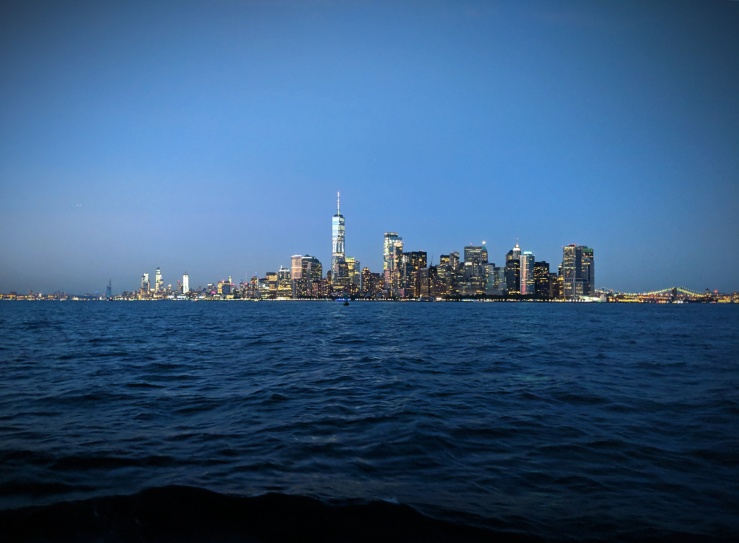 Watching Lady Liberty light up, the sky catching fire as the golden hour gave way to the blue and the blue turned to midnight; those two hours on the deck of an 1885 schooner were the most tranquil and peaceful we’d experienced in the City thus far.