”In 1941, during a lull in his career, Oscar Hammerstein II and his wife, Dorothy, came to Bucks County looking for a retreat from New York City. While driving up the hill to Highland Farm, Dorothy spotted a rainbow and sensed this would be a magical place for her professionally floundering husband and their family. The move proved immensely wise as the bucolic countryside truly inspired Mr. Hammerstein. Legend is told that he was so moved by the views of cattle and corn fields in the early morning that he was inspired to write, “Oh, What a Beautiful Mornin’,” the opening song for Oklahoma!, on the front porch. Arguably, his most famous works were written while residing at Highland Farm including South Pacific, The King and I, Flower Drum Song, and The Sound of Music.

The Hammerstein family lived at Highland Farm for 20 years. During their residence, the home was constantly alive with many guests and children. Mr. Hammerstein was known to fly different colored flags as a message to the local children. One said, “Come and swim.” Another meant, “Let’s play tennis.” And still another said, “Stay away today.”

Oscar died at The Farm in August 1960 and was buried in New York. After his death, Dorothy moved from Highland Farm and sold it a year later. By the mid-1980’s, Mary and John Schnitzer had purchased the home, renovated it, and operated a Bed and Breakfast for almost 15 years. Mary sold Highland Farm to Shawn Touhill, a local developer, in 2003.

In 2007, Highland Farm was purchased by Doylestown resident, Christine Cole. While looking for a Bucks County barn to renovate, she was shown Highland Farm and instantly fell in love. Her business plans changed and she embraced the idea of becoming an innkeeper and starting a new venture. She immediately began remodeling and redecorating the home.” [source]

Each guest room has a theme dedicated to one of Hammerstein’s musicals; ours was the South Pacific, once the family’s master bedroom.

While the house is still operating as a B&B, the innkeepers have formed a nonprofit organization in an effort to raise funds to restore the property and build a museum and theatre education centre, in the premises.

No house should ever be on a hill or on anything. It should be of the hill. Belonging to it. Hill and house should live together each the happier for the other. – Frank Lloyd Wright

Thus Kentuck Knob was born of sandstone and tidewater red cypress, out of the side of the hill, being one with the hill, belonging to it.

We did not see the interior, building our anticipation and excitement for our upcoming tour of Fallingwater. But the surrounding woodland can be visited at any time during opening hours, no booking slot required (a pass must be bought at the visitor’s centre). It offers a walking trail through a large collection of sculptures adorning the grounds.

And the views over the surrounding hills are simply breathtaking. You can tell by my little ”Sound of Music” moment. 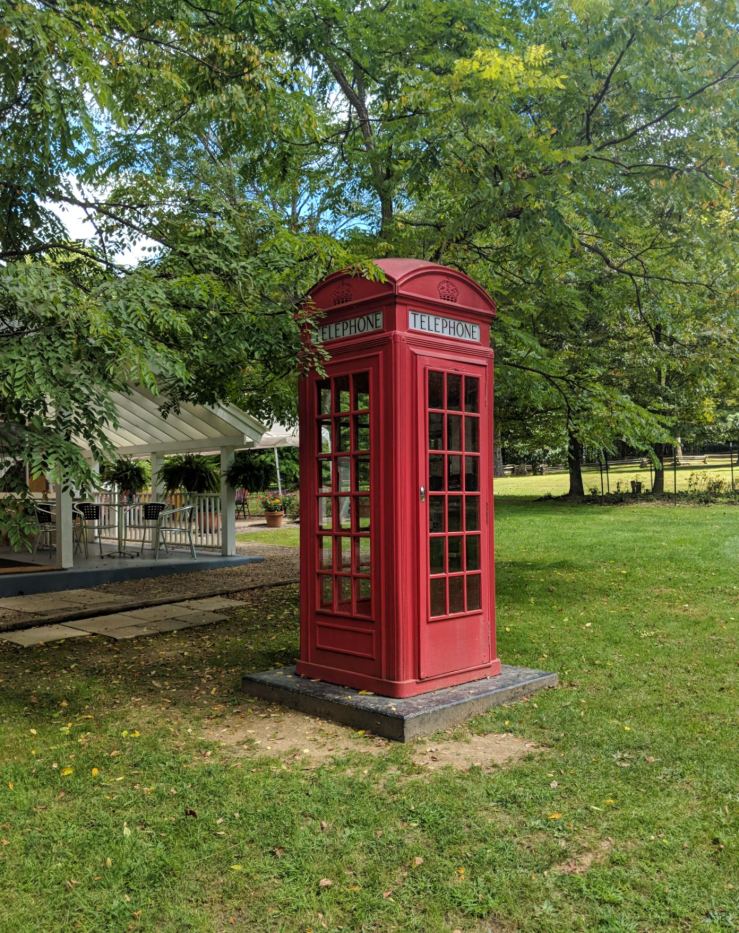 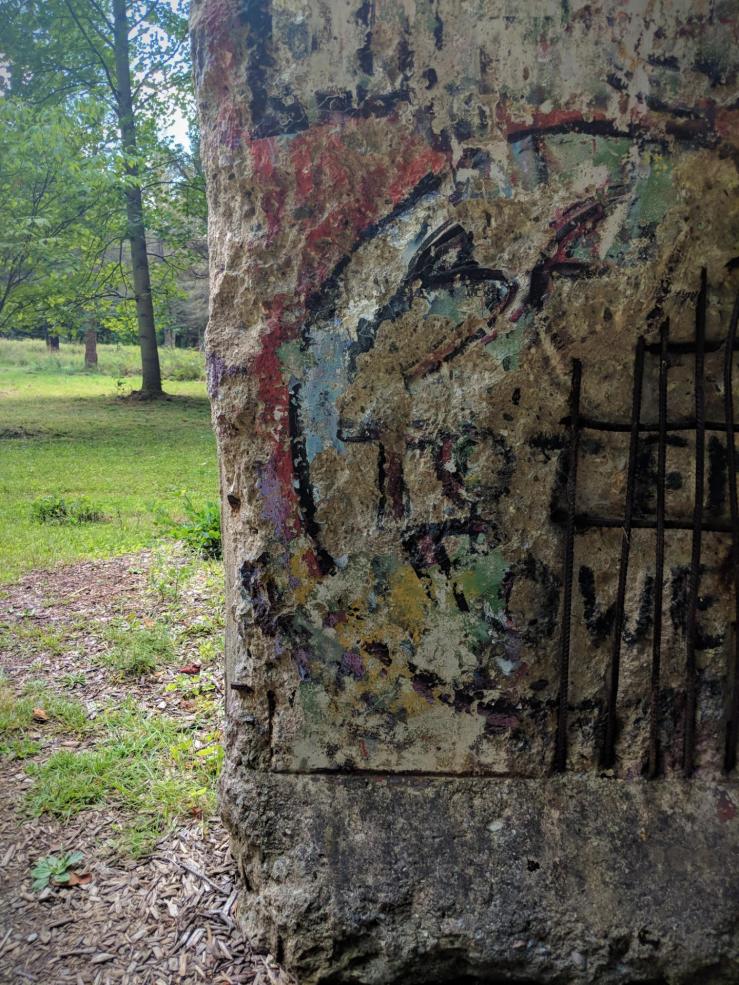 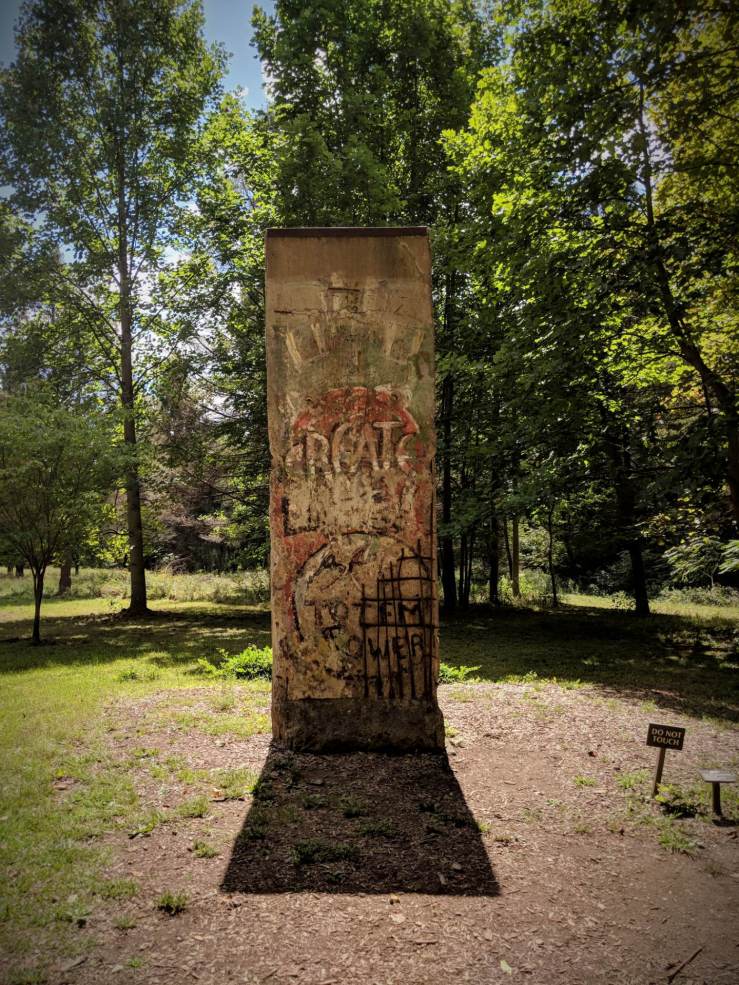 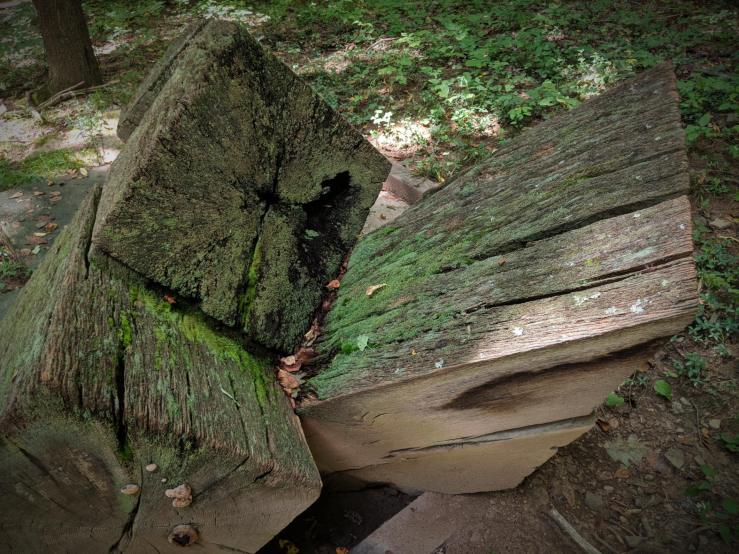 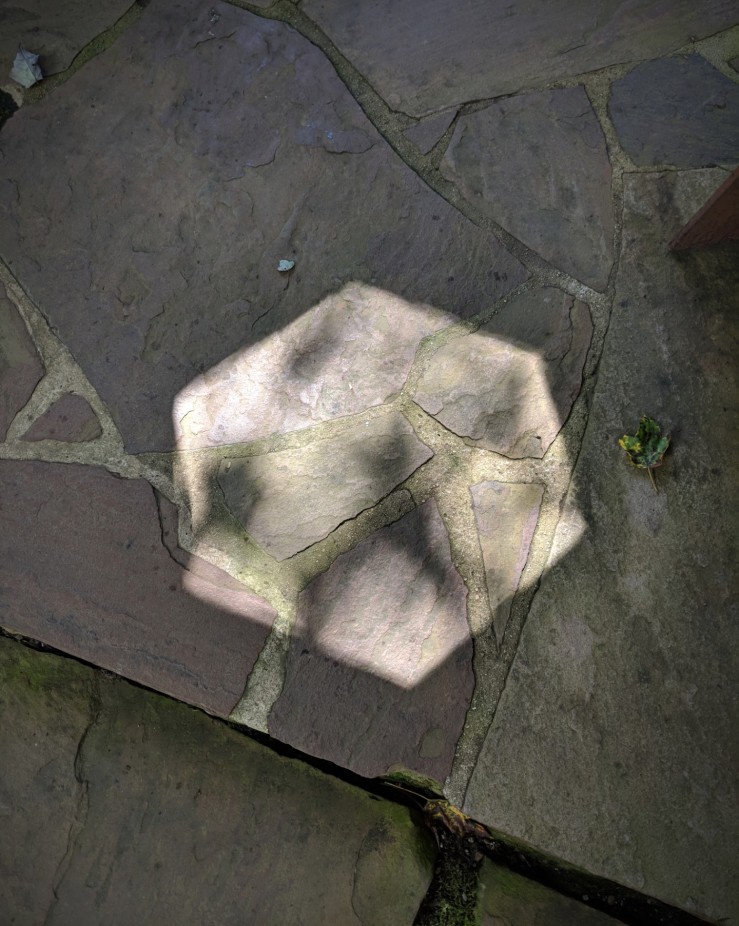 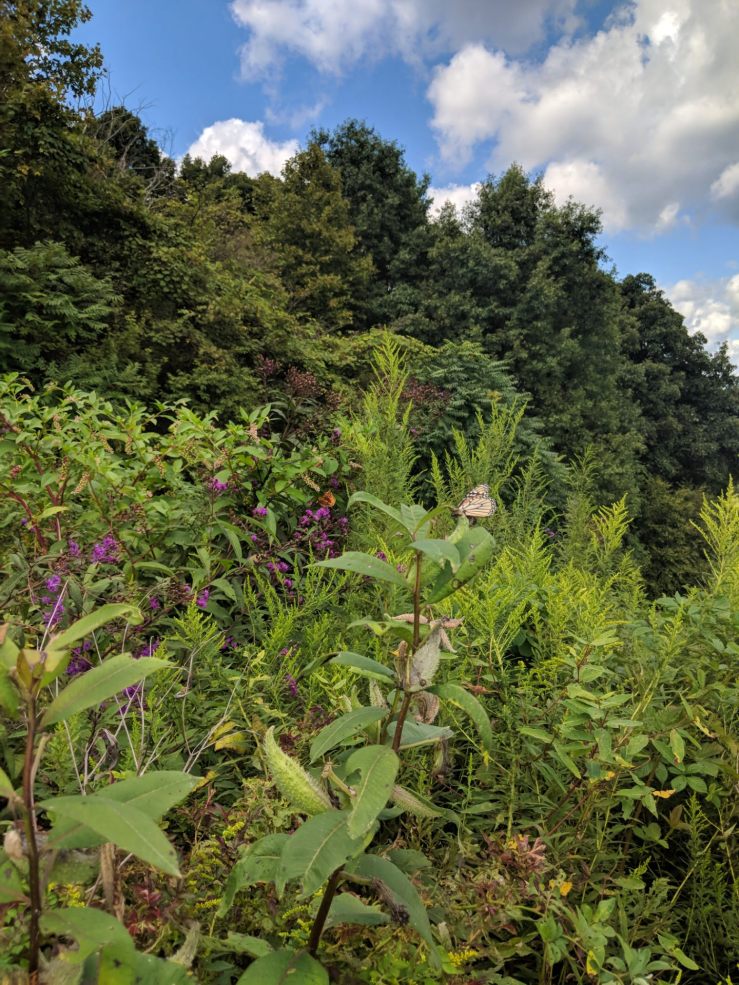 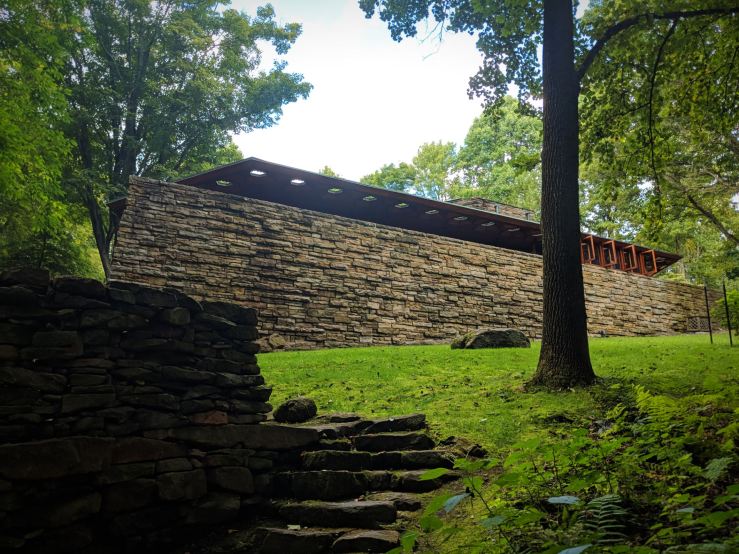 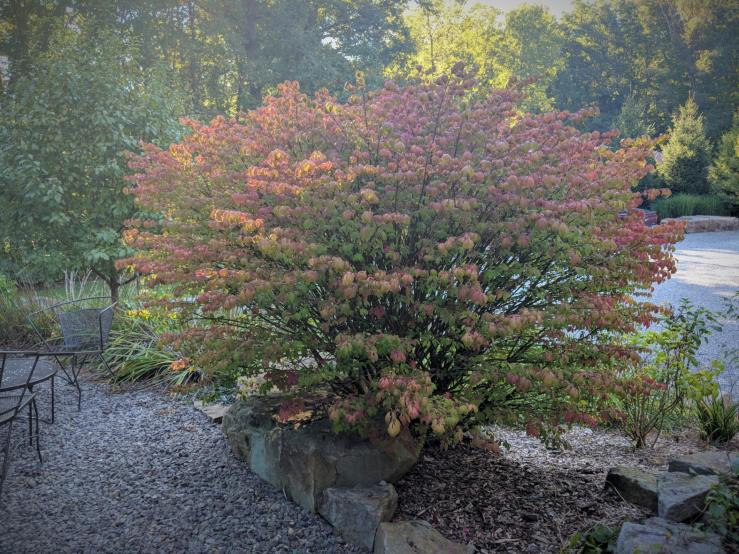