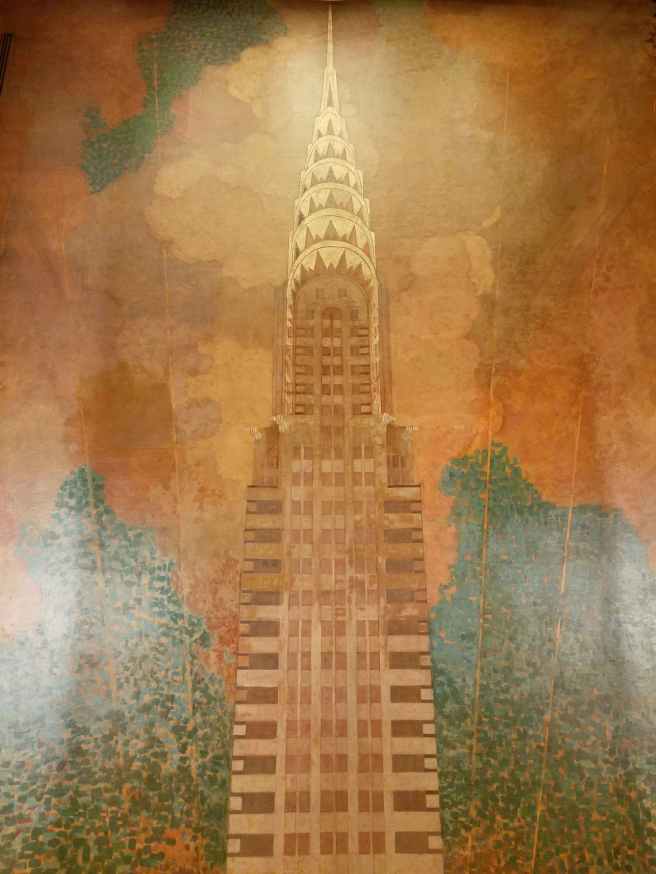 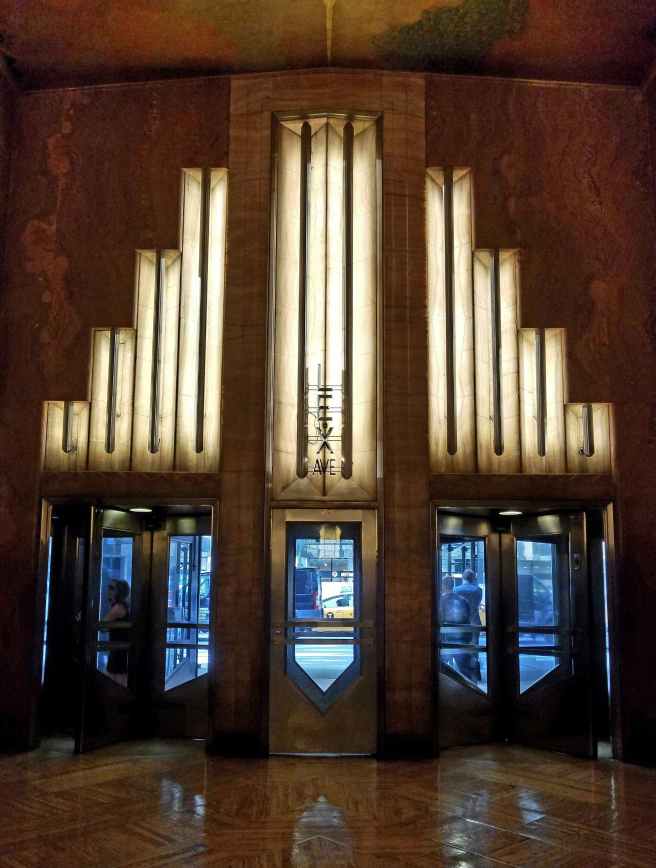 How is it to work here every weekday? Can staff still pose in admiration at the elegant art deco murals, marquetry and brass details? Surely there comes a time when the excitement of the first encounter fades, wielding to a seen-it-all-before blasé spirit. When the eye looks but forgets to see. I’m glad I don’t work in the Chrysler Building. Wish I will never have enough of this magnificent lobby.

PS: Surprisingly little information can be found on the internet about the artist of the mural that covers the entire ceiling and upper parts of some walls – quite disappointing given that, when created in 1930, it was considered the largest in the world:

Edward Trumbull was born in Michigan and raised in Connecticut. He attended the Art Students’ League of New York and studied in London under the noted muralist, Frank Brangwyn. Trumbull’s style as a muralist was traditional, and he was best known for his ease of bright and varied colors. A long time resident of Pittsburgh, Trumbull painted panels for the Heinz Administration Building in Pittsburgh and used “The Three Rivers” that converge at the city as the theme for the ceiling of the lobby of the Chrysler Building in New York. Two of his murals, located in the South Office building of the Pennsylvania Capitol Complex, are smaller versions of the murals he painted for buildings in Pittsburgh.

Update June 2021: more info can be found on this article by Bookworm History, published in April 2017.

3 thoughts on “The magnificent Chrysler lobby”