“Over the past several decades, Antonio Lopez Garcia has become known as the finest Spanish painter of his generation. His intensely realistic paintings-ranging in subject from grimy bathroom sinks to expansive Madrid cityscapes-often take him years of meticulous work to complete. These sculptures, and several other recent works by Lopez, were inspired by the birth of his grandchildren. When his second grandchild, Carmen, was a few months old, Lopez began modeling two portraits of her head, one depicting her awake and the other asleep.”
Source: CultureNOW 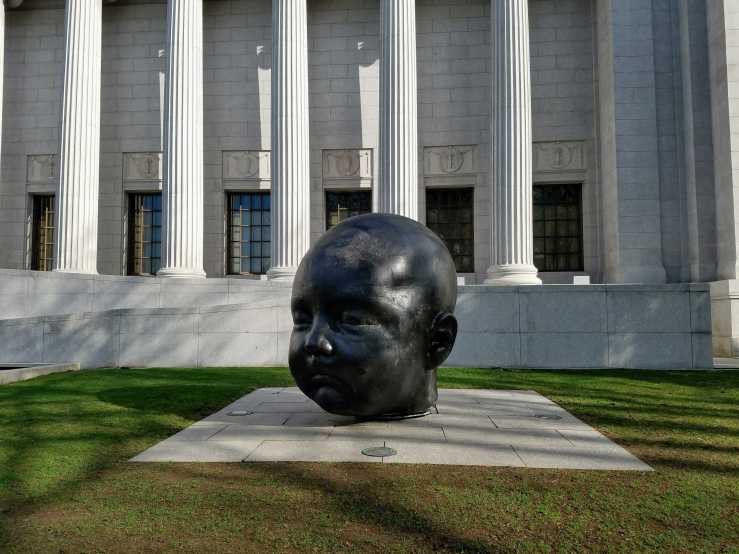 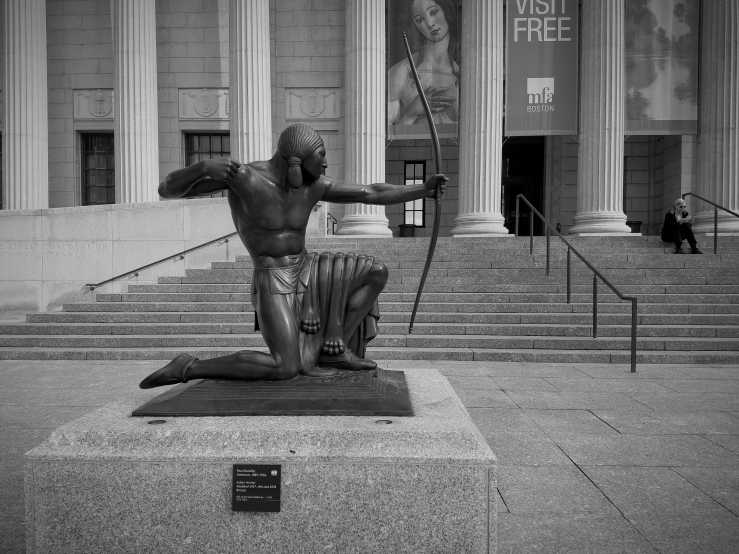 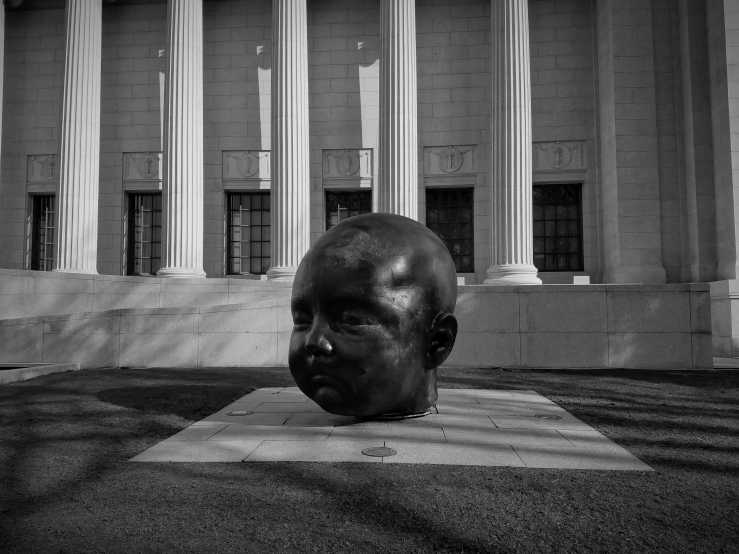 The full sculpture of the Hunter, however, depicts him hunting a antelope – not heads!

“Paul Manship designed Indian and Pronghorn Antelope to span the length of the mantelpiece in his New York City apartment. He expertly used the negative space created by the separation of the hunter and his prey to capture the drama of the hunt. The work represents a compromise between historical artistic traditions and modern tendencies toward abstraction: the smooth planes and stylized renderings recall ancient Greek statues, while the arresting linear design and suggestion of movement reflect Manship’s own innovations. Small-scale statuettes such as these were popular for interior decoration, and Manship’s style was immediately accepted by the public.” Source: Art Institute Chicago

While this particular cast adorns the Fenway entrance lawn of the Museum of Fine Arts, a quick search on line shows a number of others being in permanent collections of various museums in America, such as The Met in New York, Joslyn Art Museum in Omaha Nebraska, Buffalo Center of the West Wyoming, The Art Institute of Chicago, Detroit Institute of Arts.