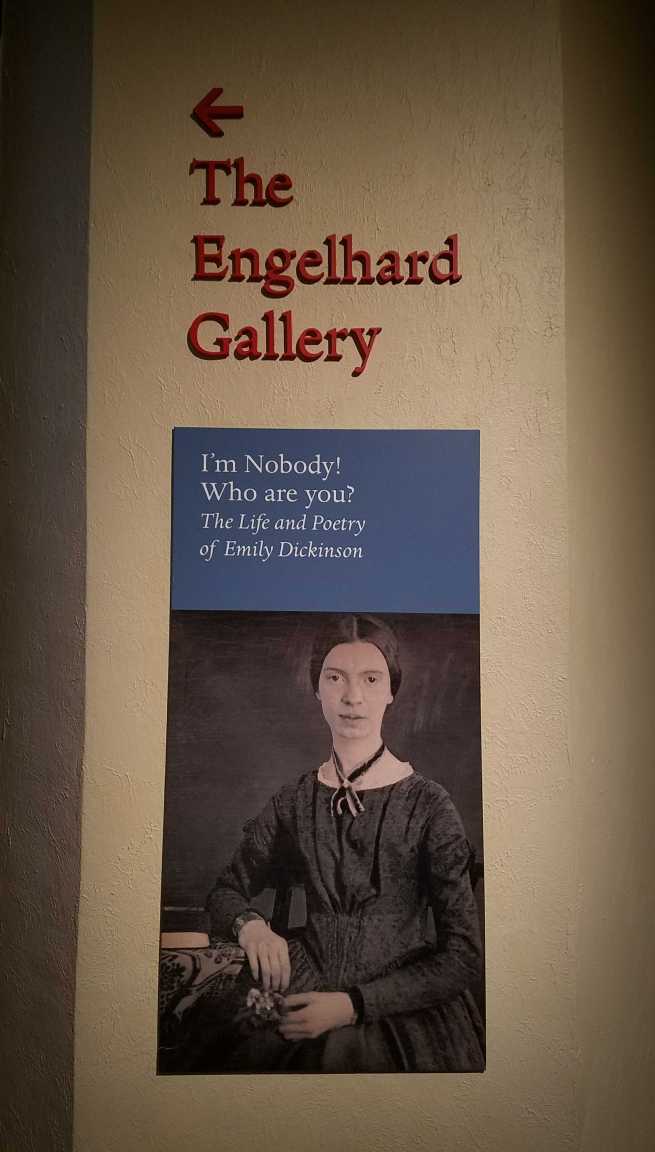 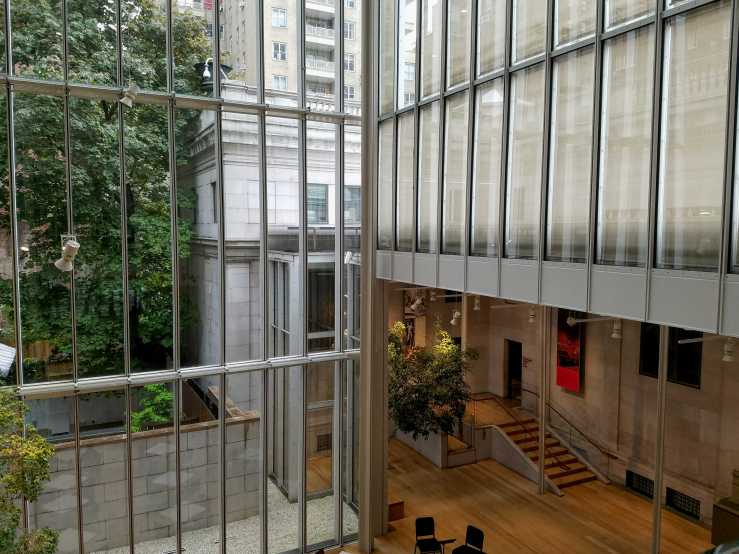 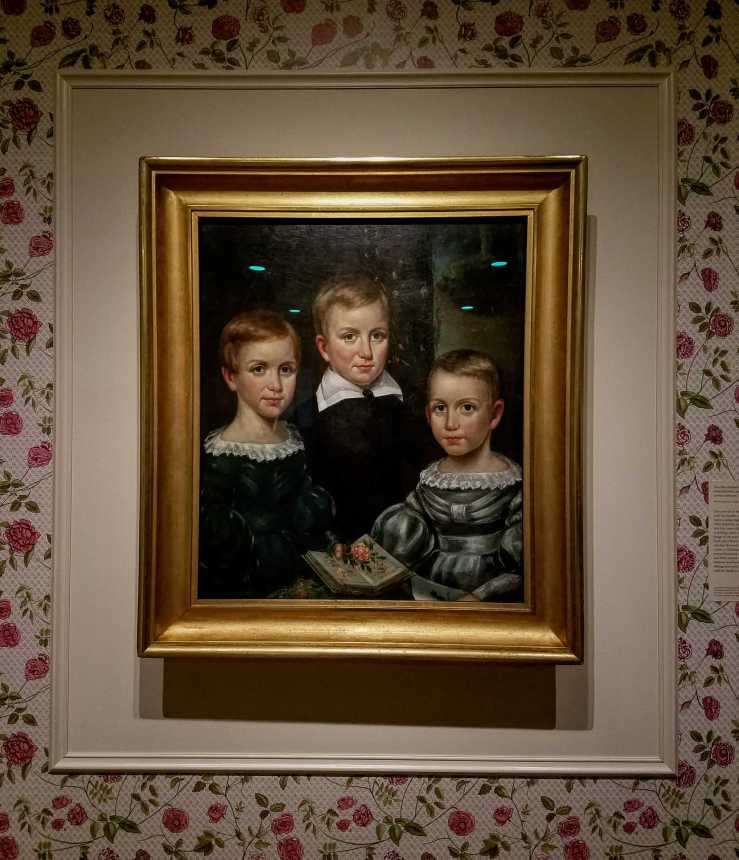 This portrait of Emily Dickinson (left) with her brother Austin (centre) and sister Lavinia (right) was painted by Otis Allen Bullard in early 1840, when Emily was nine years old. Her short auburn hair is striking and it is fitting that this early image of the poet shows her holding a book and a flower, though it is unclear whether the book is an illustrated publication or Dickinson’s own album of pressed botanical specimens, which she had likely started the year before. The intimate bond between Dickinson and her siblings portrayed here is one that lasted until her death at age fifty-five in 1886.

Amherst College archives holds nearly nine hundred transcriptions of Dickinson’s manuscripts made by Mabel Loomis Todd and her assistants during the 1890s. No piece of Dickinson’s writing was too small, as illustrated by Todd’s attempt to turn this slim piece of paper with barely legible handwriting into something worthy of publication.

The entire gallery was lined with floral wallpaper from Emily Dickinson’s bedroom in Amherst.

The Dickinson family owned at least six different editions of books by and about William Shakespeare. This volume is typical of the wave of illustrated editions of his works published throughout the nineteenth century. Dickinson mentions Shakespeare by name in thirteen of her letters on one poem, but traces of his influence can be detected throughout her writing. Her friend and future editor Thomas Wentworth Higginson made a note after visiting Dickinson in 1870: ”After long disuse of her eyes she read Shakespeare & thought why is any other book needed?”

This iconic portrait of Emily Dickinson – with her steady gaze and dark hair – is the only authenticated photograph of the poet. It was likely made in Amherst between December 1846 and late March 1847, when Dickinson was sixteen years old. Dickinson’s name was never inscribed on the daguerreotype, but its authenticity is based on the provenance of the item: Lavinia Dickinson gave it to a relative, Wallace Keep, and it remained in the family until 1956 when it was donated to Amherst College. It is not clear why Lavinia gave away such an important keepsake of her sister. 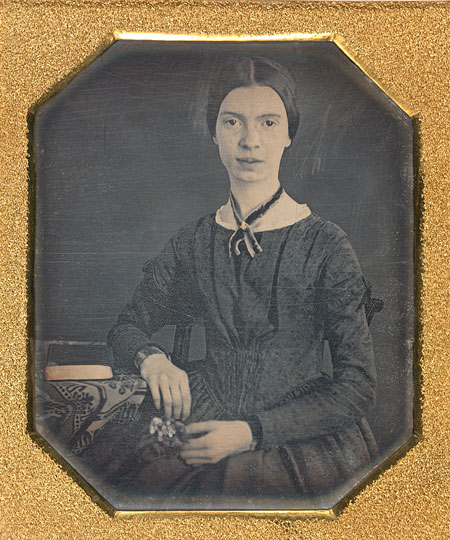 From ”I’m Nobody! Who are you? The Life and Poetry of Emily Dickinson”, an exhibition that ran through May 28, 2017.

One of the most popular and enigmatic American writers of the nineteenth century, Emily Dickinson (1830–1886) wrote almost 1,800 poems. Nevertheless, her work was essentially unknown to contemporary readers since only a handful of poems were published during her lifetime and a vast trove of her manuscripts was not discovered until after her death in 1886.