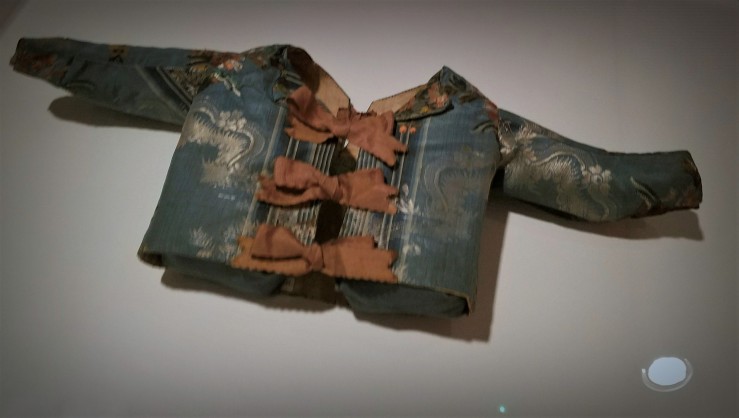 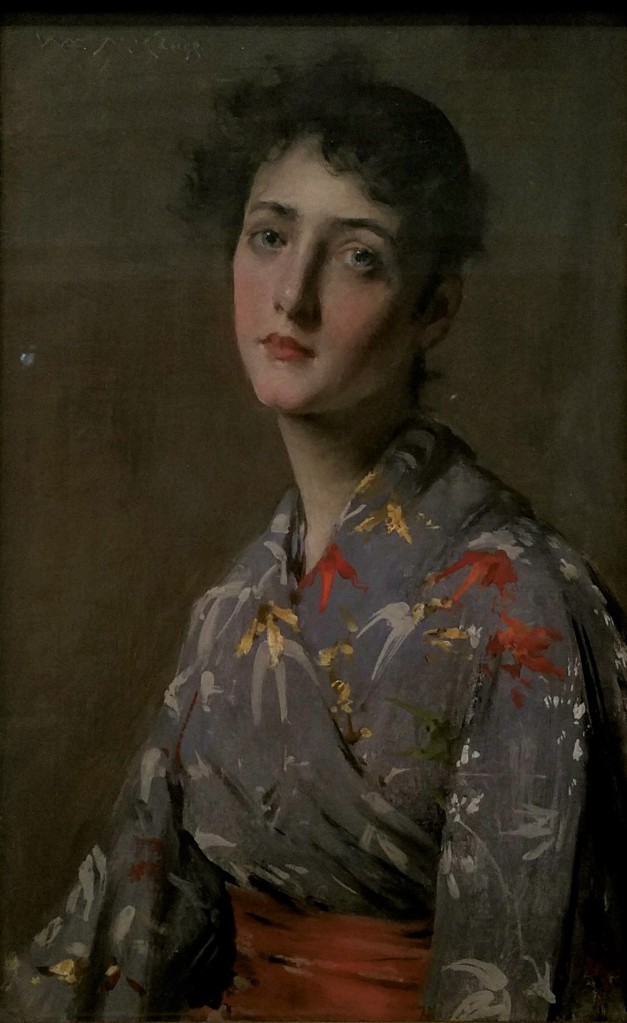 Sarah Elizabeth Fish (1824-1901) of Waldoboro, Maine, wore this elegant full-skirted dress, with stylish pagoda sleeves and a blue and silver jacquard pattern, as her wedding dress. The blue colour was probably achieved using an early synthetic organic dye. It was not uncommon for women in eighteenth- and nineteenth- century America and Europe to wear wedding dresses in colours other than the white that is now customary, and to wear them again after the wedding for other special occasions. Blue was a popular wedding dress colour for its strong association with loyalty, purity and virtue; this is echoed today in the traditional ”something blue” that brides may wear.

Embellished infant’s booties of this type would have been worn at a christening or some other important event. The same baby girl who wore this pale blue kid leather pair also wore a matching pair in pink (not shown), suggesting that the code of blue for boys and pink for girls was not yet firmly established at the turn of the twentieth century. Historically, pink had been favoured as a more vigorous and thus ”masculine” colour, suitable for boys and blue as a passive and thus ”feminine” colour, suitable for girls. 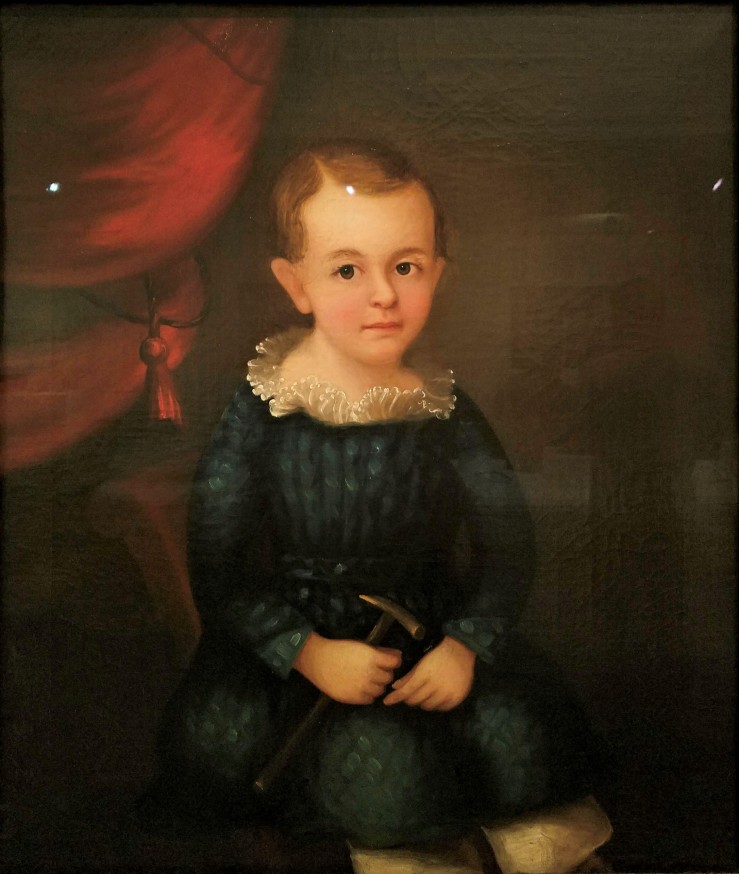 Portrait of a Child of the Harmon Family, ca. 1840s
United States
Oil on canvas 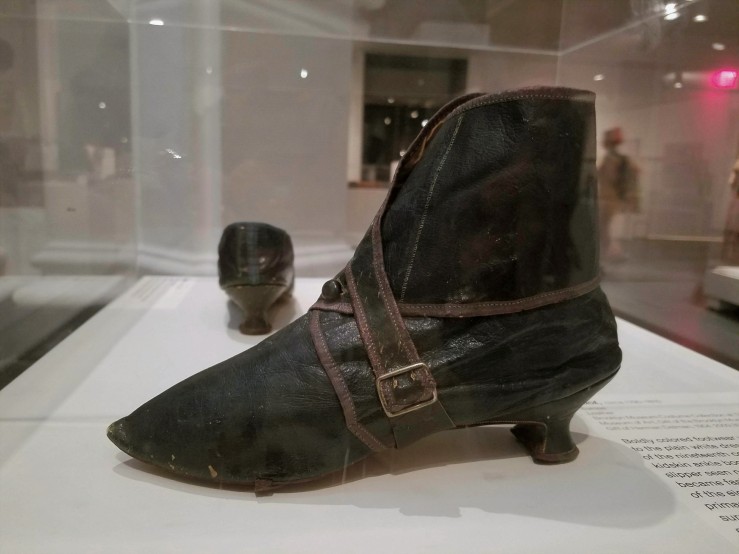 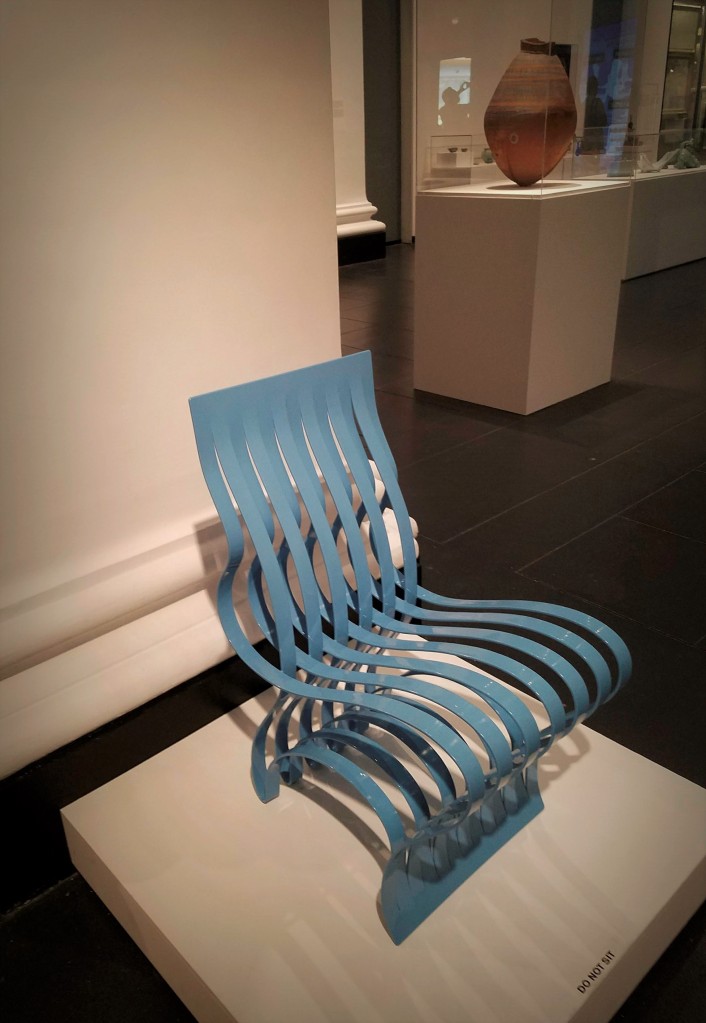 In ancient Egyptian origin myths, dark blue and black were colours of the primordial waters that the Egyptians called ”nun”, or nonexistence. 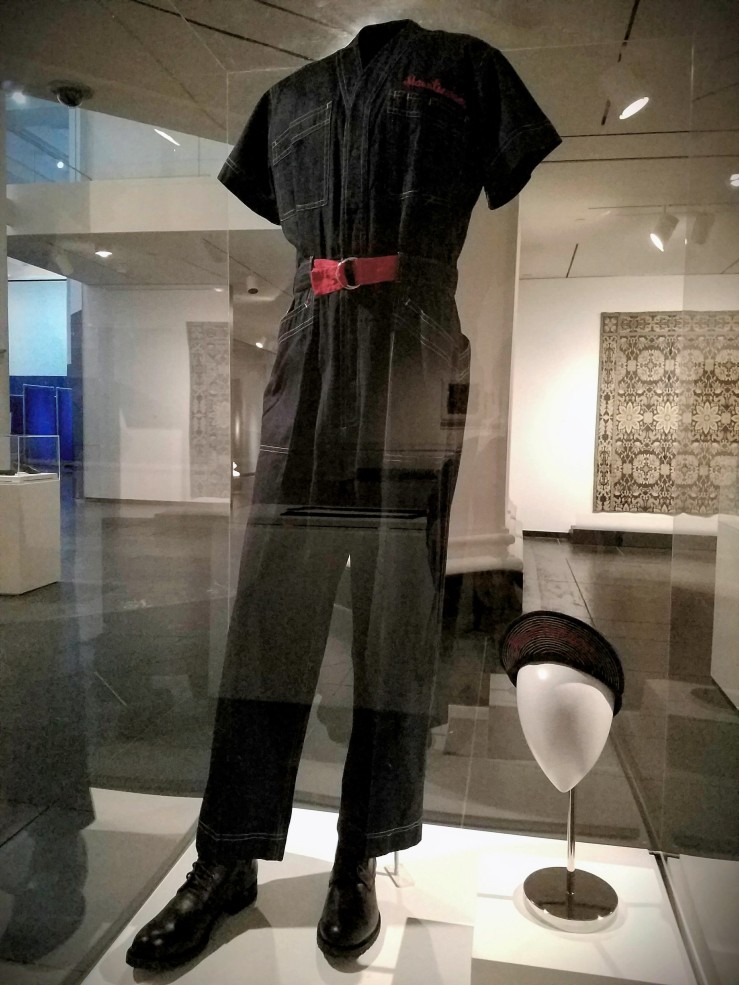 Elephants are often associated with political power in the highly stratified kingdoms of the Cameroon grasslands. Because imported beads were historically rare and costly, beadwork is also associated with high social rank, making this mask a potent symbol of power.

The O’Keeffe exhibition was only one of the wonders waiting to be discovered in the various galleries of the Brooklyn Museum.

Infinite Blue, was an array of objects and works of art featuring blue in every possible shade, size and texture, a visual narrative that would expand over the following months, eventually filling the Museum’s first floor.