Staring into your soul. 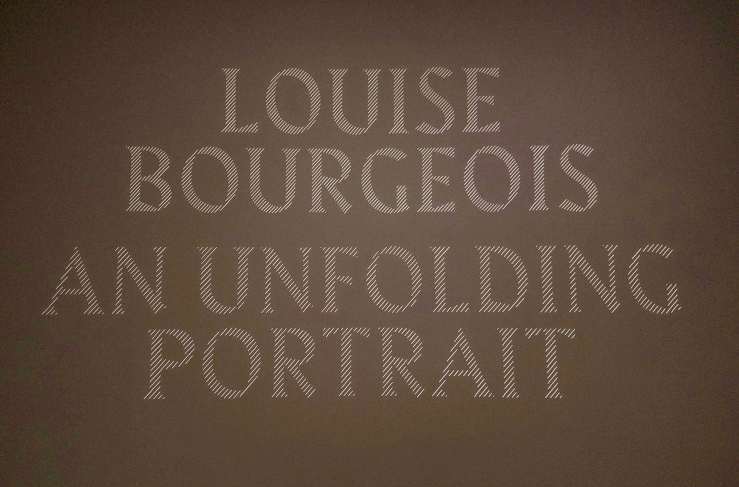 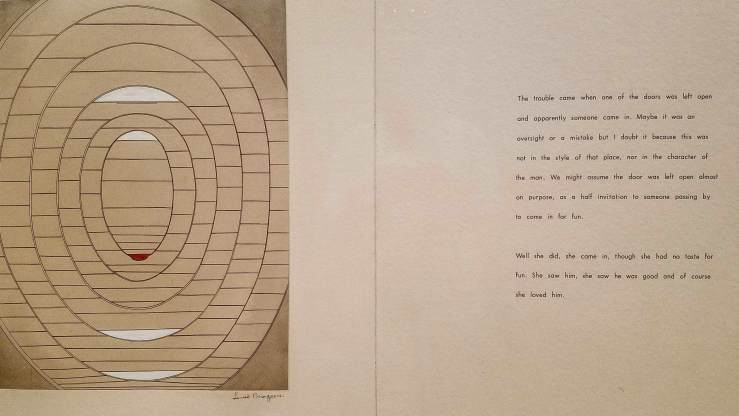 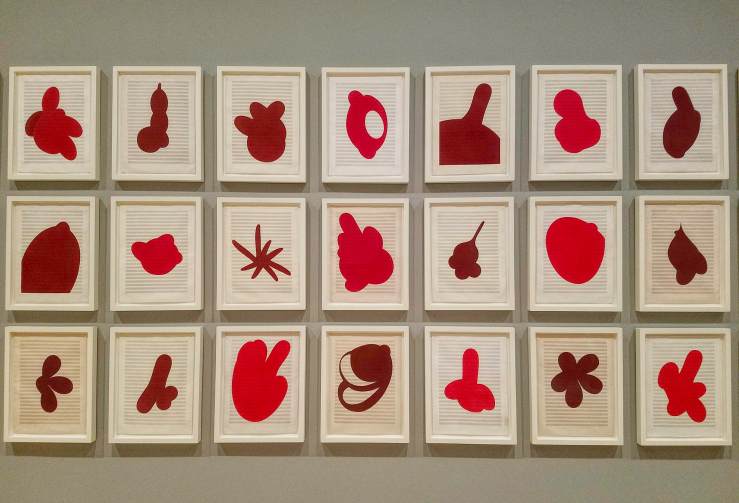 Bourgeois created shapes by turning and tracing common household objects – scissors, a knife and a candy dish, among them. She published this set herself, under the imprint Lison Editions. Lison, Lise, Lisette, Louison and Louisette were among her childhood nicknames.

The pages of this book are composed of linen hand towels saved from her trousseau. Many contain the embroidered monogram LBG (Louise Bourgeois Goldwater). Bourgeois later issued and editioned version of this book in twenty-five examples. In that version, the pages are tied together through buttonholes instead of bound so all of the pages can be displayed simultaneously, as seen on this wall.

Stamp of Memories I 1993
Drypoint with metal stamp additions 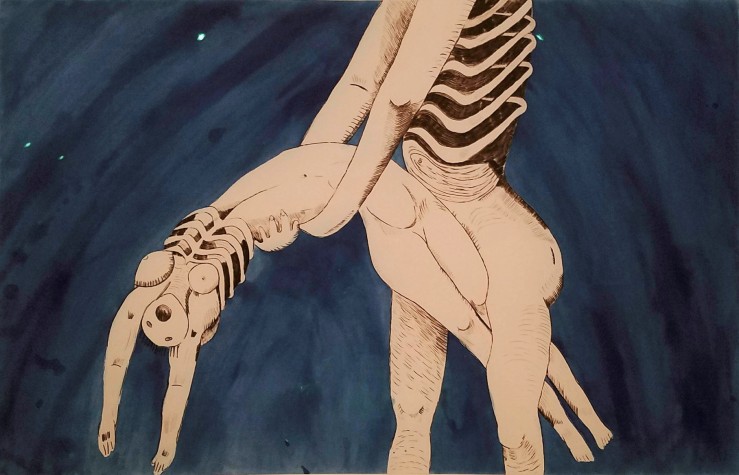 Triptych for the Red Room 1994
Aquatint, drypoint and engraving

“The subject of pain is the business I am in.“ – LB

Self Portrait 2007
Gouache on paper 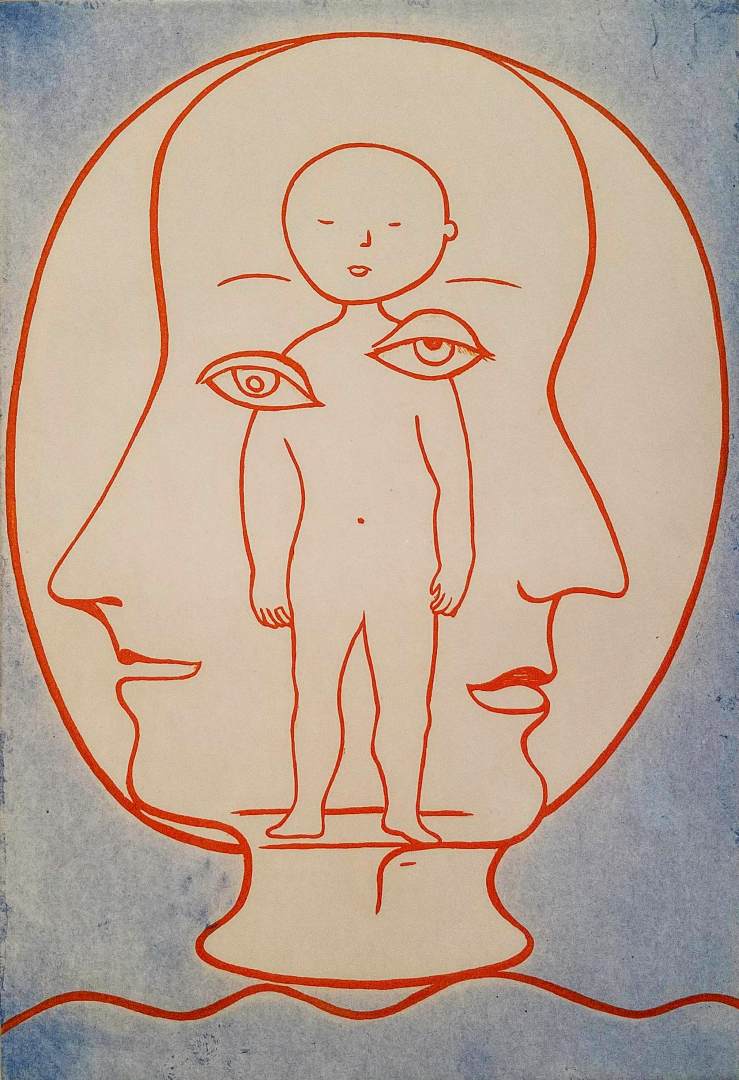 Self Portrait 1990
Drypoint, etching and aquatint

I Redo (interior element) from the installation
I Do, I Undo, I Redo 1999-2000
Steel, glass wood and tapestry

Untitled 1940
Oil and pencil on board

Note from Louise Bourgeois: An Unfolding Portrait, an exhibition that ran at the MoMA, until end January 2018: ”[…] explores the prints, books, and creative process of the celebrated sculptor Louise Bourgeois (1911–2010). Bourgeois’s printed oeuvre, a little-known aspect of her work, is vast in scope and comprises some 1,200 printed compositions, created primarily in the last two decades of her life but also at the beginning of her career, in the 1940s. The Museum of Modern Art has a prized archive of this material, and the exhibition will highlight works from the collection along with rarely seen loans […].”

2 thoughts on “The Idiosyncratic Eyes of Mme Bourgeois”