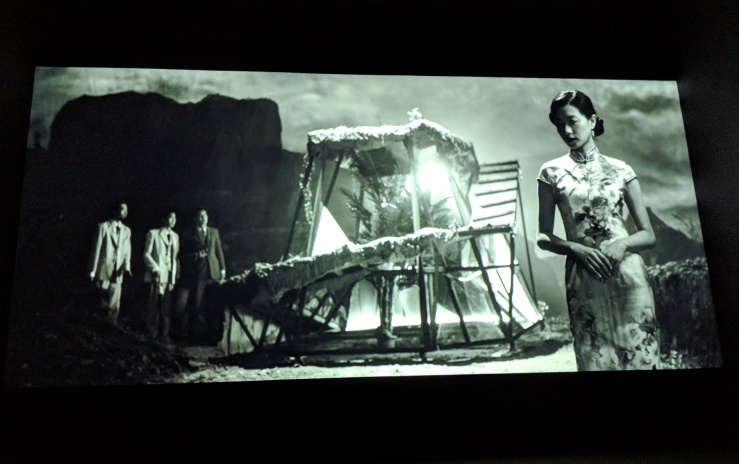 Stills from ”Moving Mountains”
a film by Yang Fudong

Yang Fudong is an important figure in the contemporary art scene and independent cinema movement in China. His films and photographic work, often derived from traditional Chinese painting, examine tensions between urban and rural, historic and present, worldliness and intellectualism.

The artist often presents works of epic scale and duration that invite the viewer into a richly crafted and layered experience. The exhibition features the U.S. premiere of his most recent film, “Moving Mountains,” a 46-minute, black-and-white film, as well as photographs from the film set, drawings and props.

The film is inspired by the ancient tale of a man, whom some called foolish, for seeking to move a mountain, and extolls the virtues of perseverance and collective action. The artist makes this story a poetic reflection upon human nature and the shifting values to which it can be subjected. Visually, the artist drew inspiration from a masterful ink painting, “The Foolish Old Man Removes the Mountains,” produced in the early 1940s by Xu Beihong. The film mirrors the spirit of endurance that Xu Beihong’s painting extolls. Yet, “Moving Mountains” also explores a new interpretation by taking the old story of the foolish man as an outlet for musings on contemporary realities. The spirit of motherhood is also central in the film and embodied in a character played by the famous Chinese actress Wan Qian.