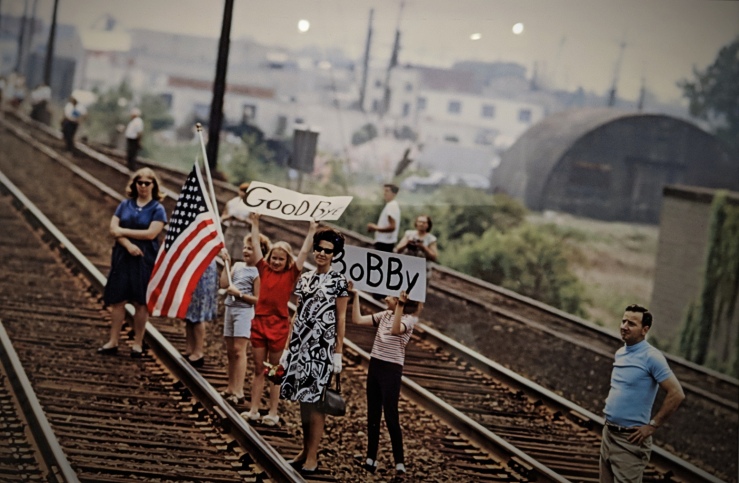 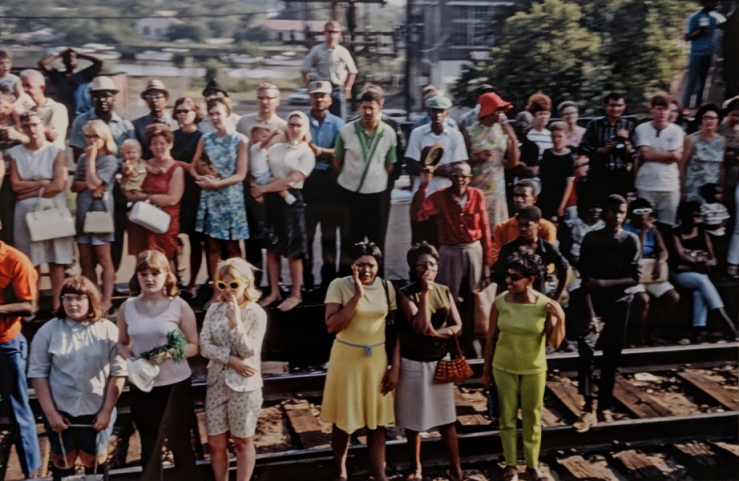 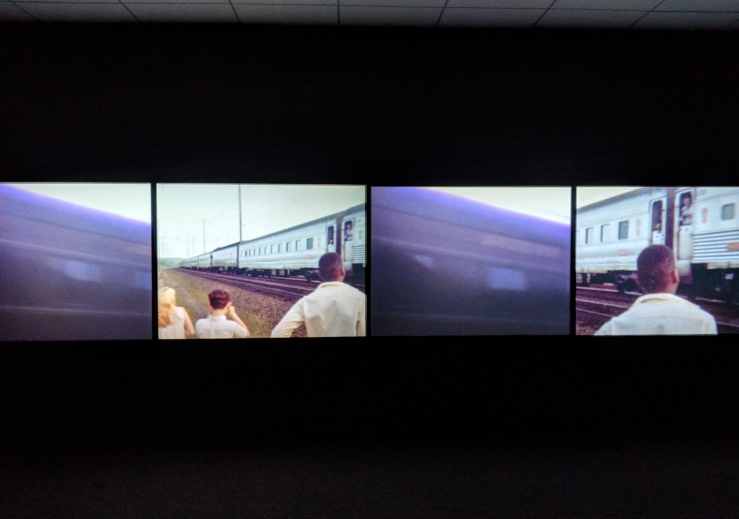 On June 8, 1968, thousands of people lined the train tracks from New York to Washington, DC, paying their last respects and expressing bewilderment and sorrow at the assassination of Robert F. Kennedy. The train carrying the senator’s body took eight hours to make the trip toward Kennedy’s final resting place, Arlington National Cemetery. Photographer Paul Fusco documented the funeral train’s journey and his images have become emblematic of the loss of idealism during a period of political upheaval in the United States. Dutch visual artist, photographer, and filmmaker Rein Jelle Terpstra has been tracking down the bystanders’ views of this day. He has collected more than two hundred images, including snapshots and home movies of the train. In RFK Funeral Train: The People’s View, Terpstra combines a multiscreen video projection that stitches together this collection of vernacular photographs and audio and video remembrances of these mourners with prints by Fusco. Through this project, Terpstra adds a new chapter to a collective memory that is slowly disappearing.