Amid this ancient, remote landscape, the Very Large Array. 27 radio antennas in a Y-shaped configuration, one of the world’s premier astronomical radio observatories, reaching out, listening to the cosmos.

Your Humble Fabulist is still in awe.

The antennas are moved along the array arms by rail. Two giant transporters carry the antennas on 63 kilometres (39 miles) of double, standard gauge track. These transporters are specially designed to negotiate the 90 degree turns onto spurs at each antenna station. A fleet of special purpose rail vehicles is used for servicing and repairing antennas. 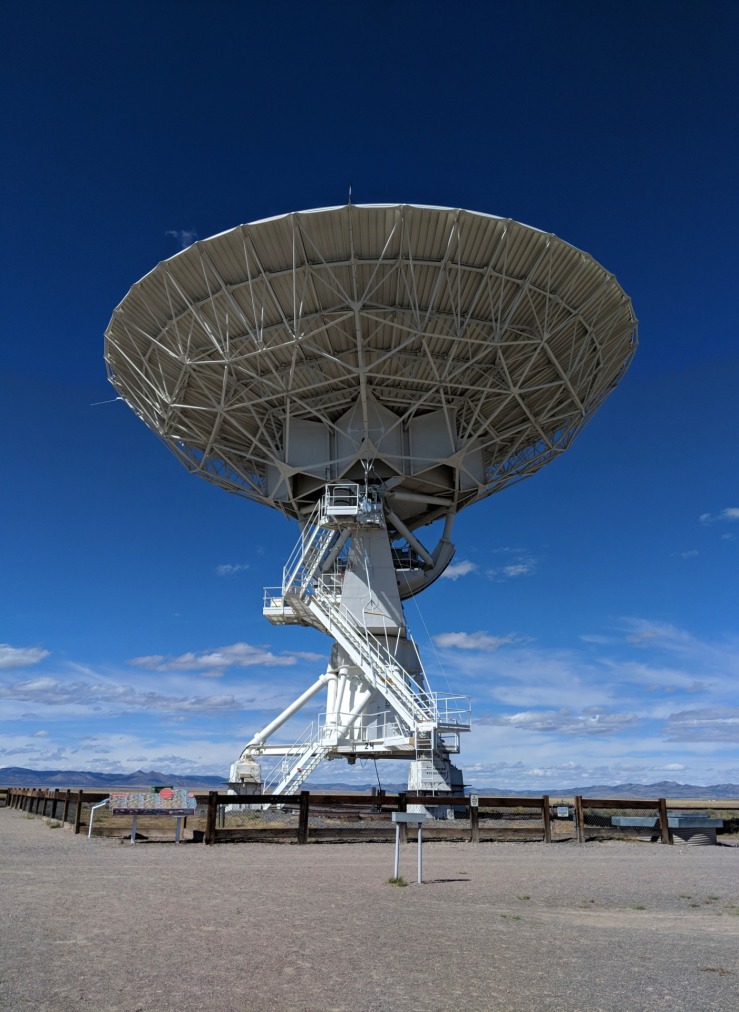 Weak radio waves from celestial sources are collected by the highly directional antennas. The waves are focused into the receiver by the main dish, subreflector and feedhorns. The receiver is cooled to -427 degrees F (18 deg. K) to reduce the internally generated noise which otherwise would mask the very weak radio signals from space. These weak signals are amplified several million times, converted to an intermediate frequency and carried to the Control Building via a buried waveguide transmission system. 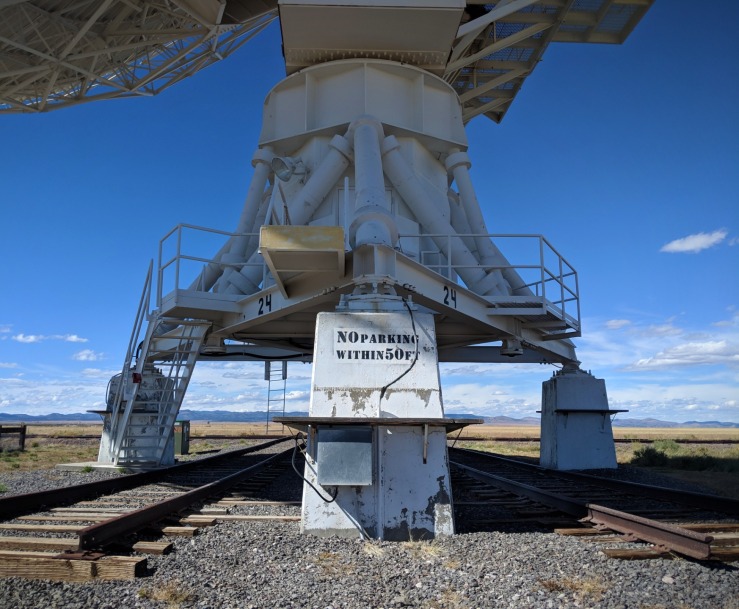 These giant antennas, with 25 metre (82 ft.) diametre dishes, were specially designed for the VLA. The aluminium panels of the dish are formed into a parabolic surface accurate to 0.5 millimetre (20 thousandths of an inch). Most of the time the antenna drive system is precisely tracking a radio source across the sky. Occasionally you will see the antenna rapidly slew from one radio source to another. 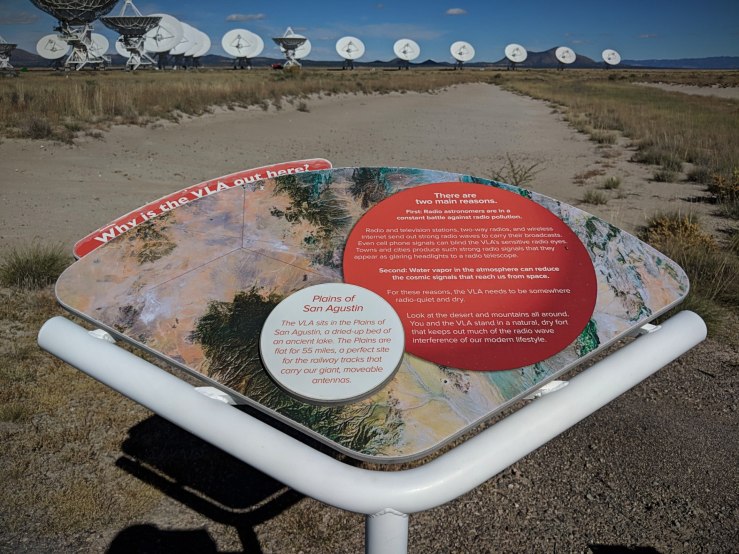 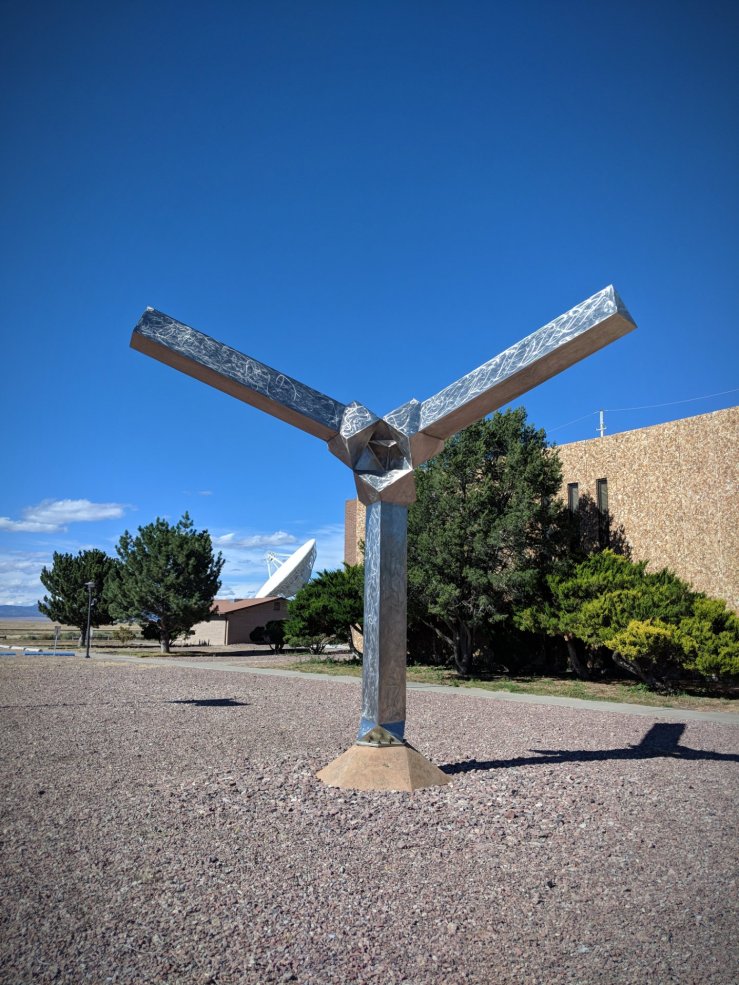 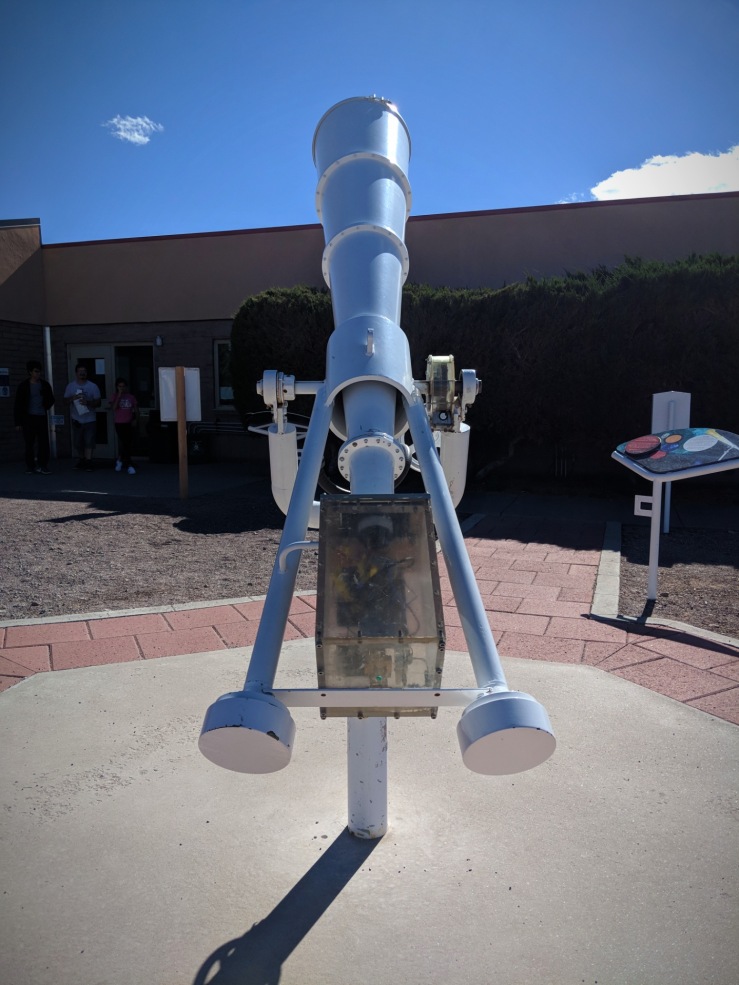 During the VLA construction period, from 1975 to 1980, the antennas were assembled in this building. It now is used as a service facility. The transporters bring antennas in from the array for periodic maintenance and overhaul. Typically, each antenna is brought in once every 3 to 4 years. 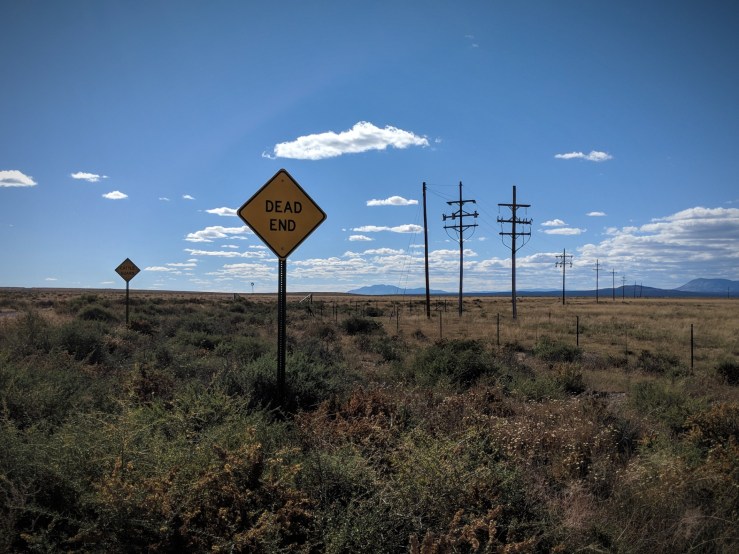 6 thoughts on “We Listen to the Universe”