Portraits, angels, ethereal figures, a lighthouse; I have them all to myself! Even on crazy busy weekends, the crowds disperse on all floors and into various galleries, engulfed by the vastness of space that is the Met, leaving me alone, to enjoy my favourite works in peace. Unless, that is, there is a popular exhibition – then it feels like the whole of New York has landed on that same floor, at the same time, making it really hard to appreciate the art. Popularity, like most things in this world, has its price… 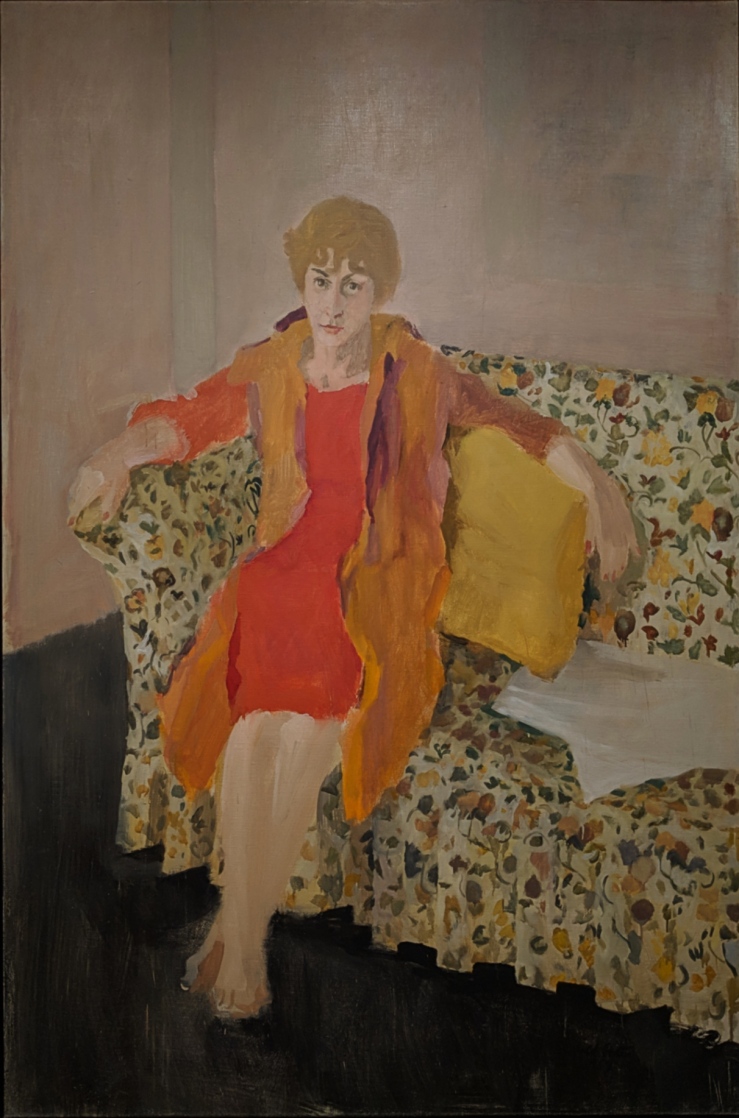 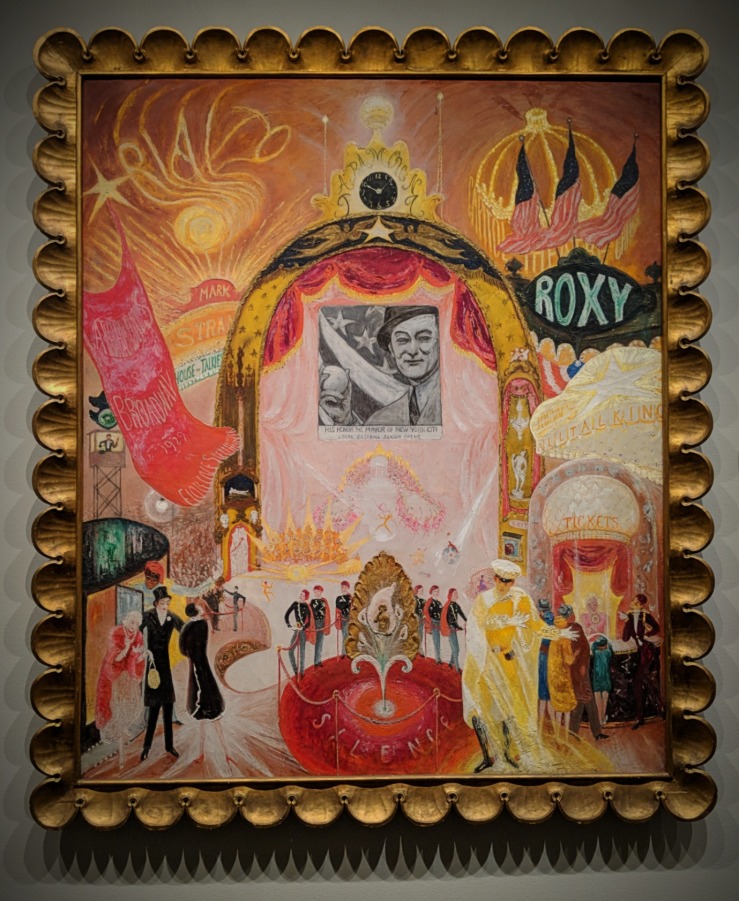 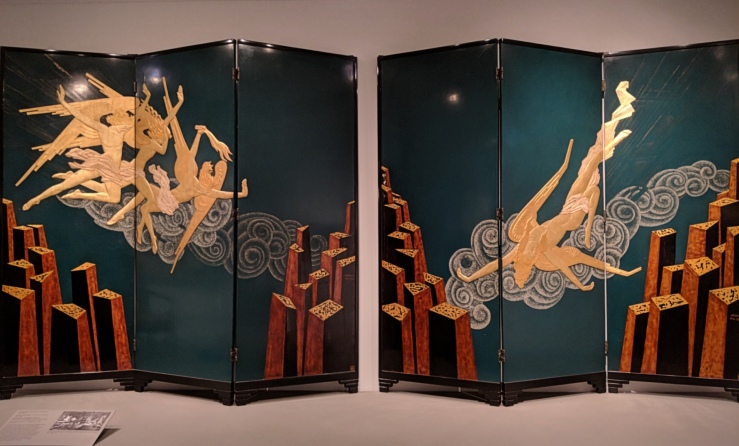 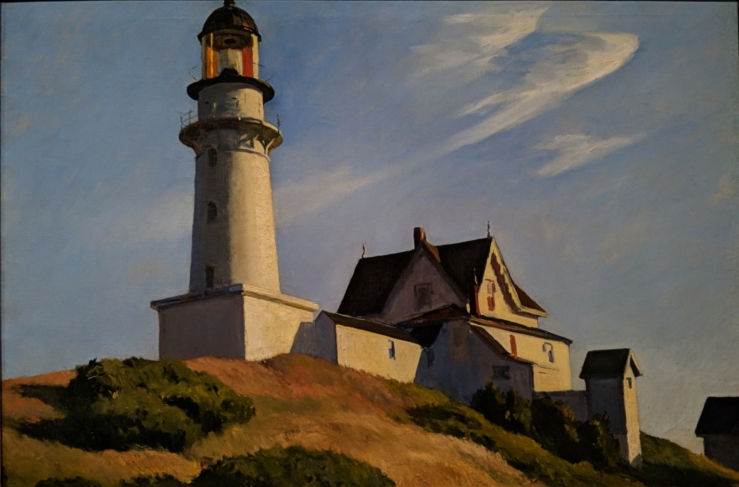 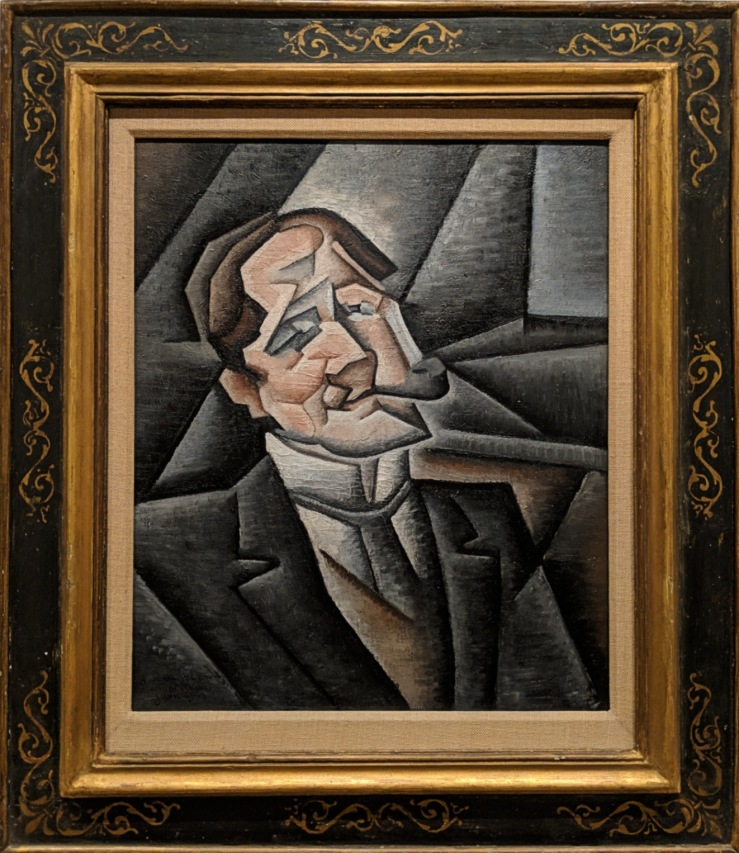 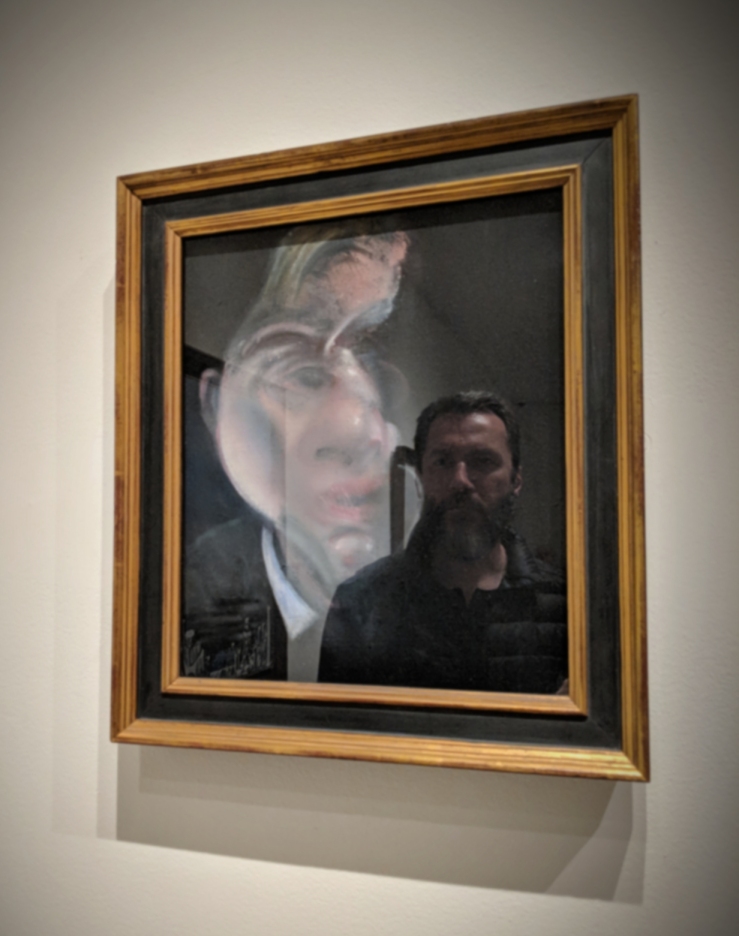 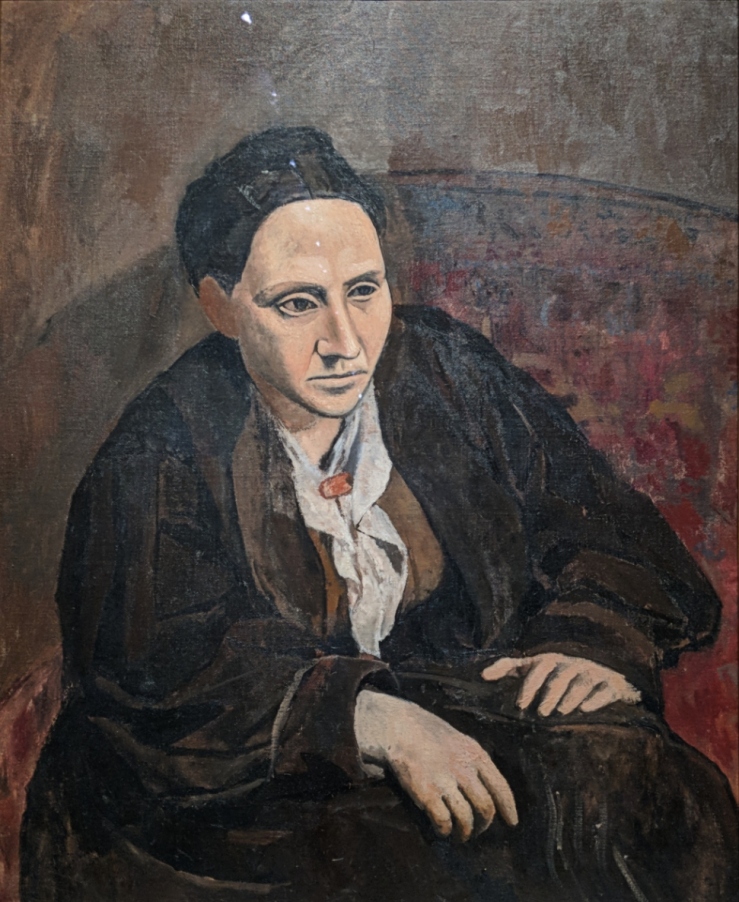 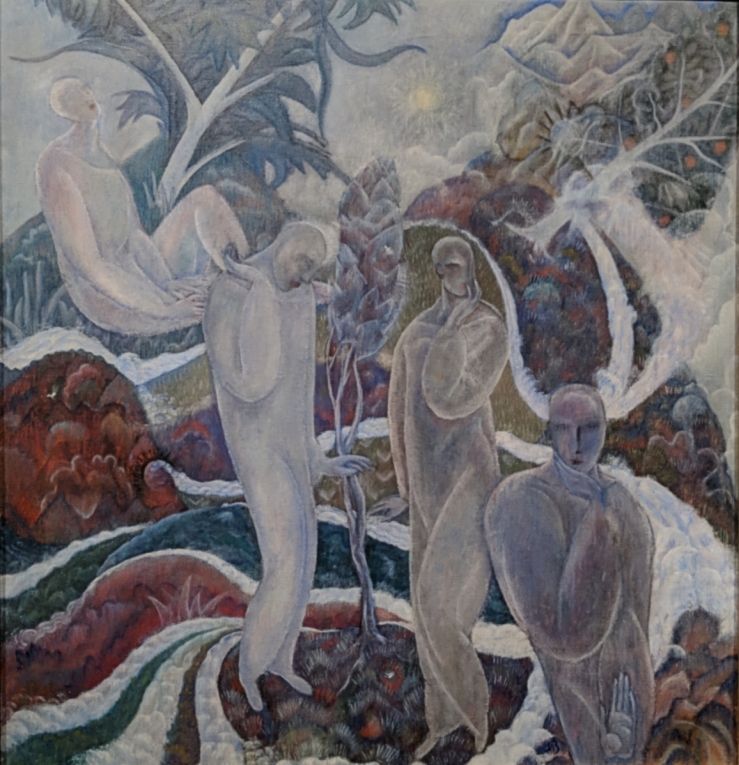 In Hopper’s Tables for Ladies a waitress leans forward to adjust the vividly painted foods at the window as a couple sits quietly in the richly paneled and well-lit interior. A cashier attentively tends to business at her register. Though they appear weary and detached, these two women hold posts newly available to female city dwellers outside the home. The painting’s title alludes to a recent social innovation in which establishments advertised ”tables for ladies” in order to welcome their newly mobile female customers, who, if seen dining alone in public previously, were assumed to be prostitutes.

Created for the music room of Solomon R. Guggenheim’s residence in Port Washington, Long Island, these screens are an artistic collaboration between the designer Jean Dunand and the sculptor Séraphin Soudbinine. While Soudbinine conceived the composition and carved the bas-relief figures of otherworldly angels and rocklike forms, Dunand lacquered the screen.  Guggenheim’s widow, Irene Rothschild, donated the screens to the Metropolitan following the death of her husband.

As Bacon remarked to David Sylvester in 1975, ”I loathe my own face… I’ve done a lot of self-portraits, really because people have been dying around me like flies and I’v nobody else left to paint by myself.” 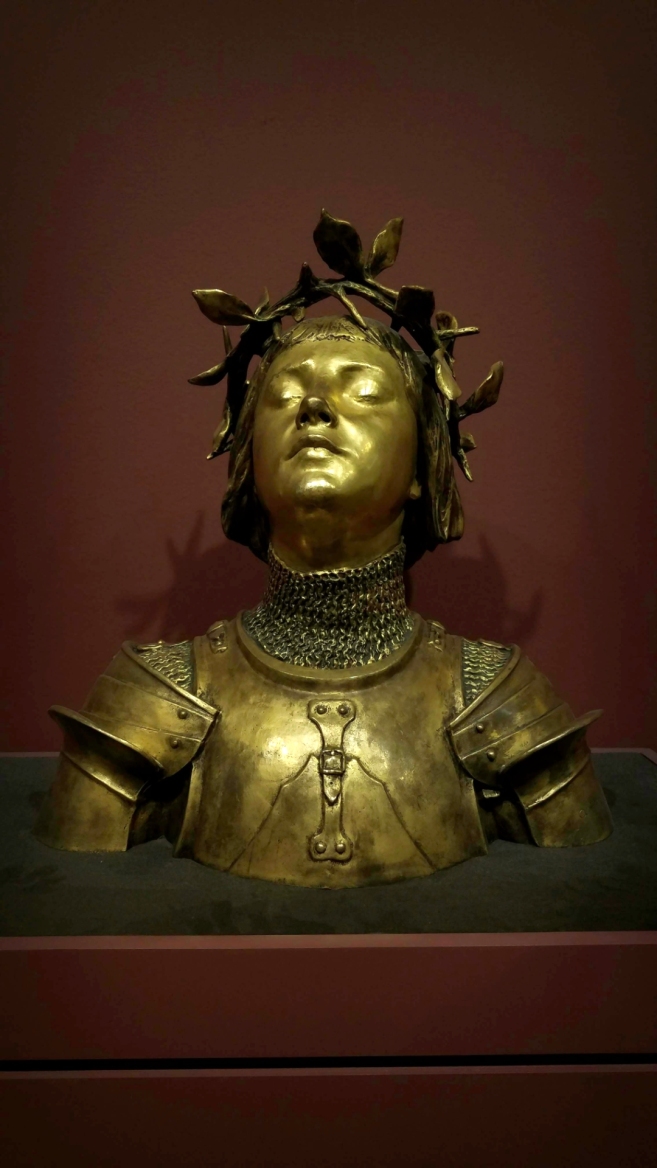 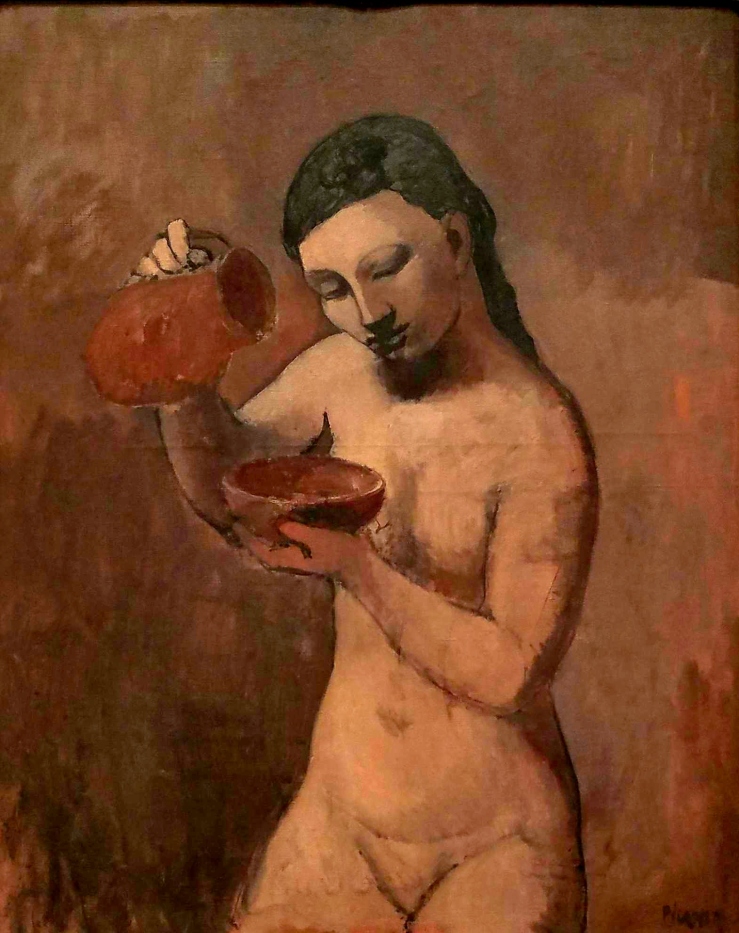 Art and objects from the Art Institute of Chicago permanent collection.

That was yesterday, Thursday November 24th, when America celebrated Thanksgiving.
I am a European. In Europe, there is no concept of Thanksgiving – not in this sense, anyway. We eat our turkey on Christmas day.

I didn’t go to Macy’s Parade this year either. Still not brave enough to face the crowd. Apparently it is enormous and it scares me, to be honest. I’ll have to devise a plan for next year. As of now, I have 364 days to make it work.

I did cook though. Roasted chicken and (sweet) potatoes with rosemary. This is a feat in itself, for I don’t think I cooked more than – say – ten times, since we came to New York. It was delicious.

We ate watching Francis Bacon: A Brush with Violence.  A film where friends and acquaintances speak freely, some for the first time, offering their views and revealing truths about the myth that is Francis Bacon. My favourite artist.