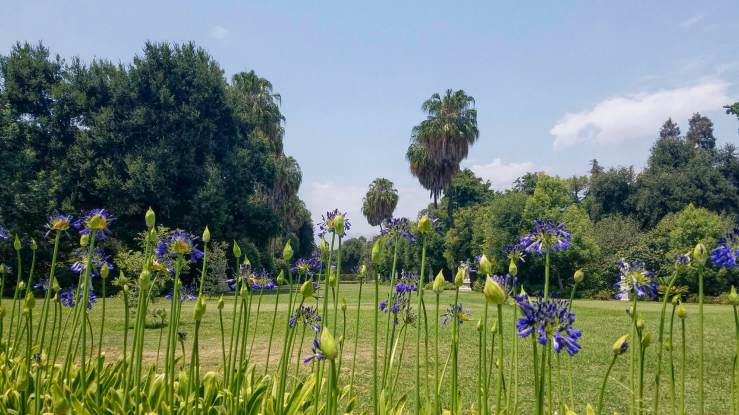 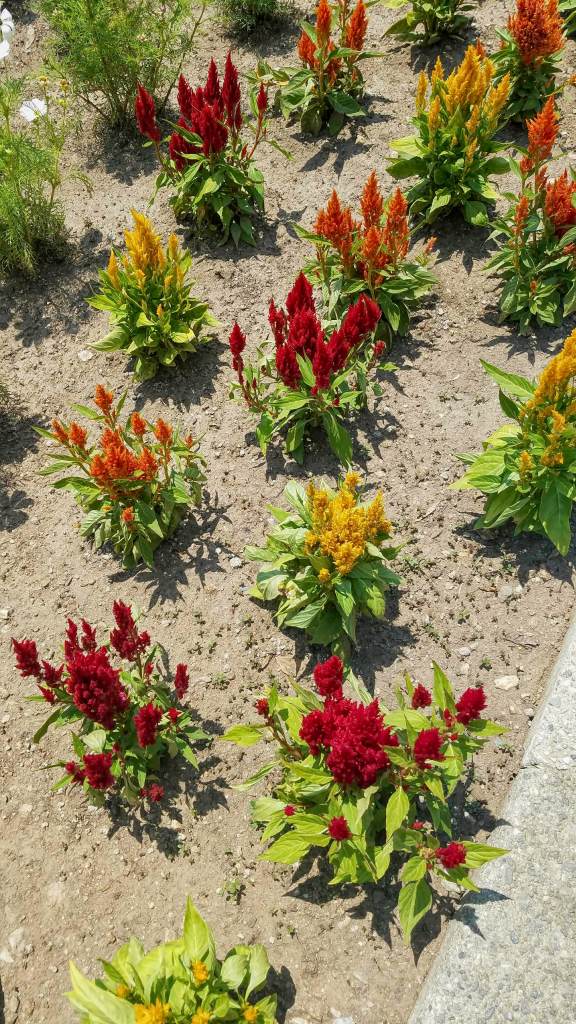 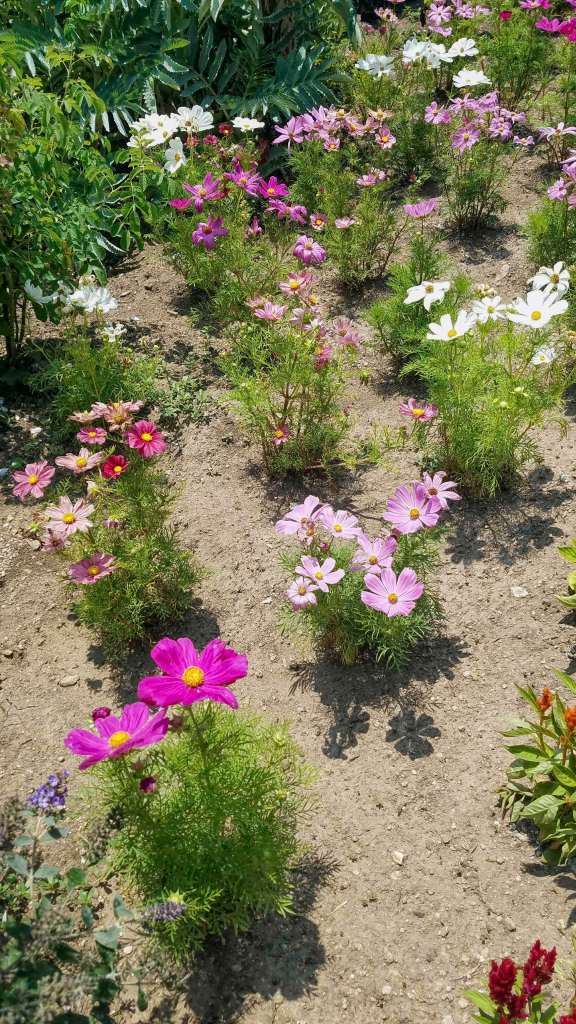 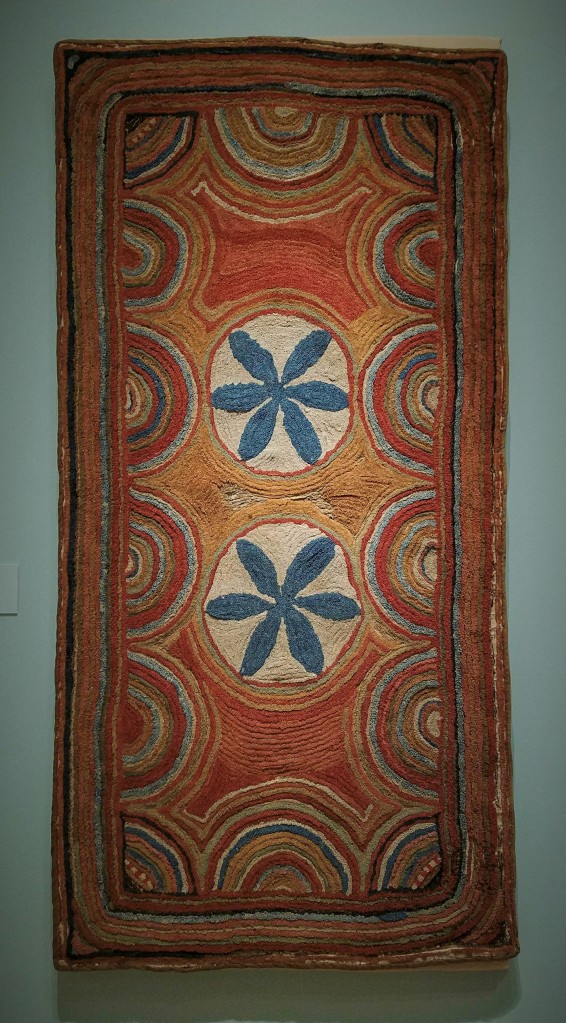 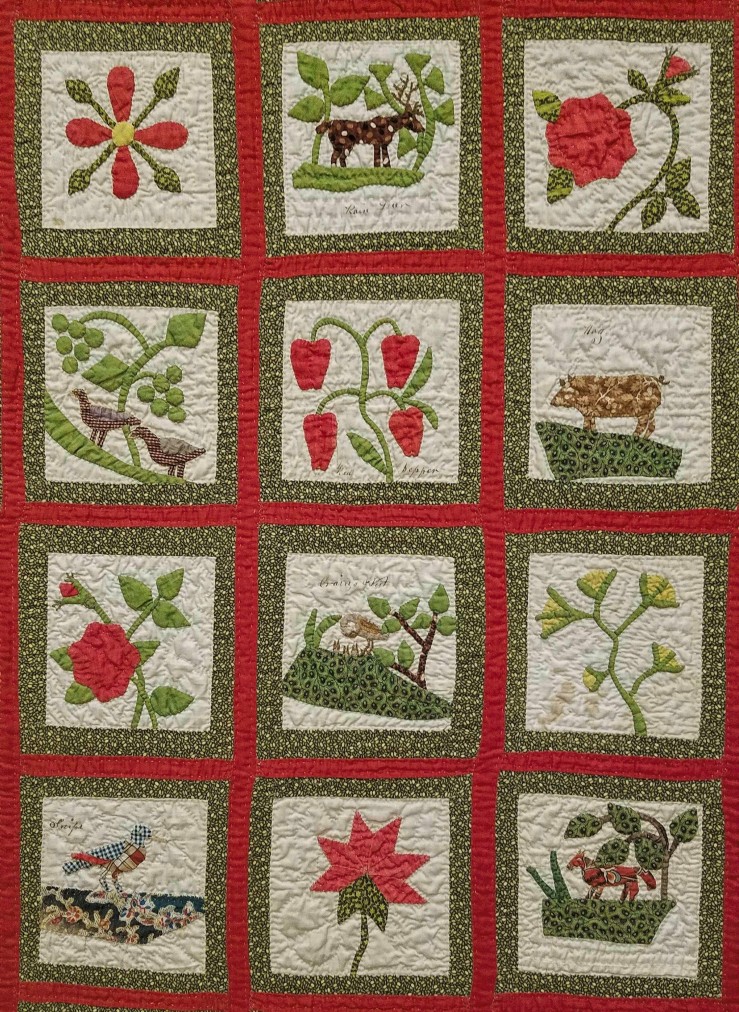 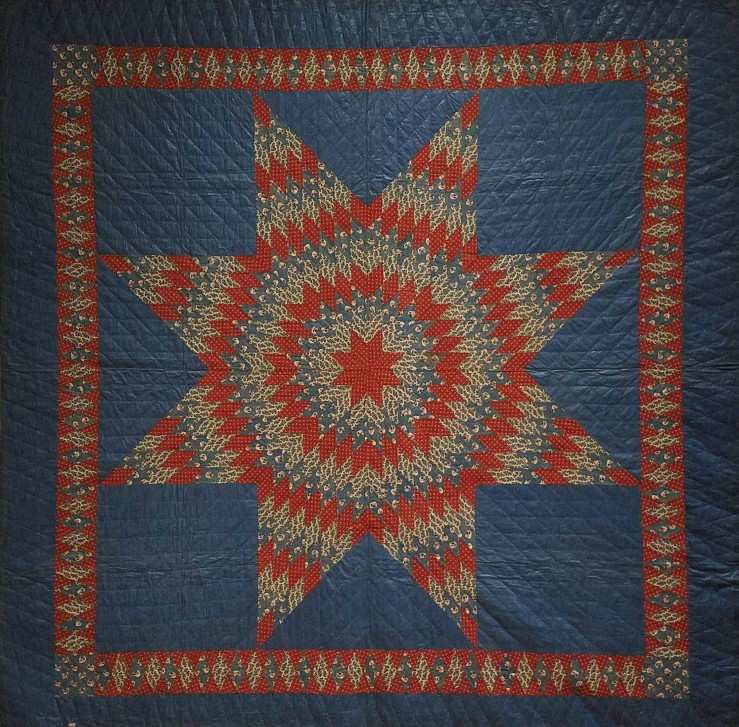 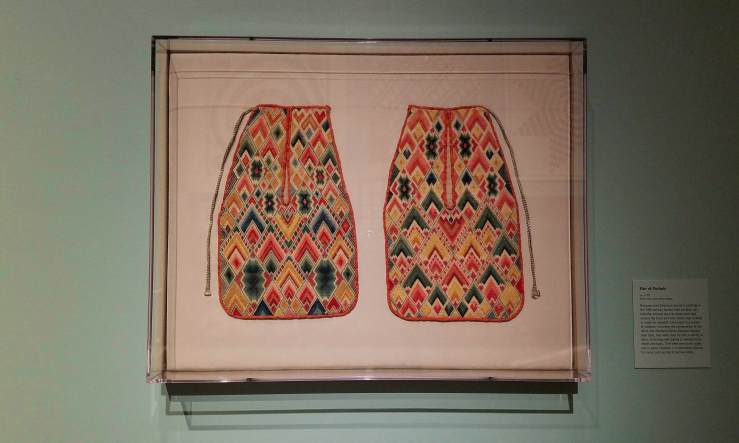 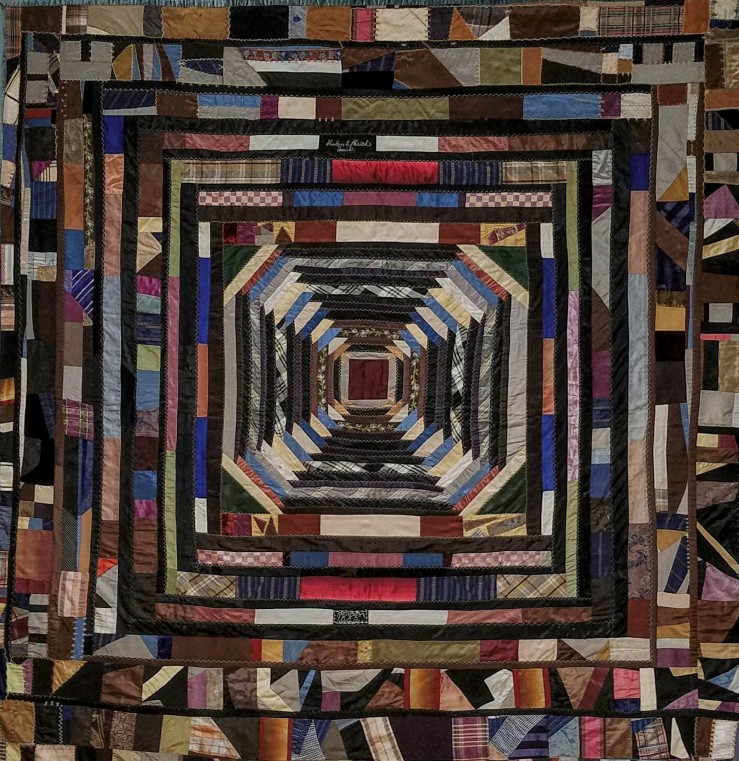 Blue Jasper Plaque with Apollo and the Muses, ca. 1778-80
Manufactured by Wedgwood and Bentley, Stoke-on-Trent, England
\\
The Huntington Gardens
\\
Geometric Hearth Rug, ca. 1800
Attributed to Mary Peters Hewins
\\
Quilts made between 1850-1896
\\
Drunkard’s Path Quilt, ca. 1880-90
(the large red square one with the yellow pattern)
\\
Pair of Pockets, ca. 1775
Because most American women’s clothing in the 18th century lacked fixed pockets, detachable pockets such as these were tied around the waist and worn either over a dress or under an overskirt. They were worn both singly and in pairs. It is extremely unusual for a pair such as this to survive intact. I urgently need two pairs!
\\
Helen E. Hatch
Folk Art Crazy Quilt, 1885 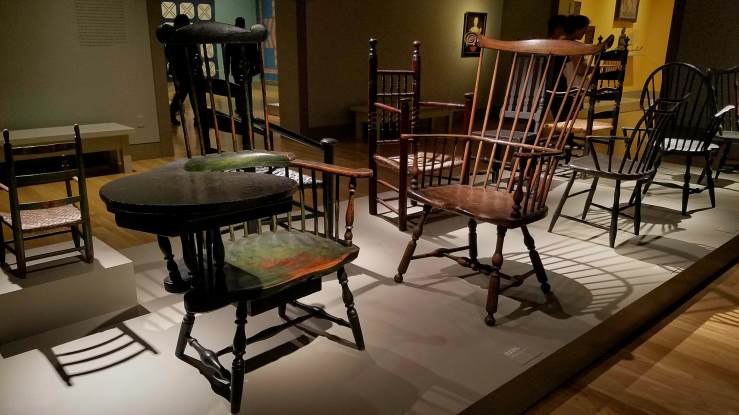 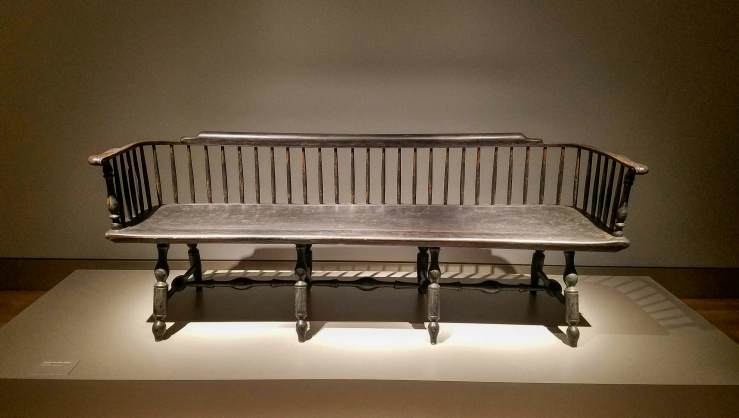 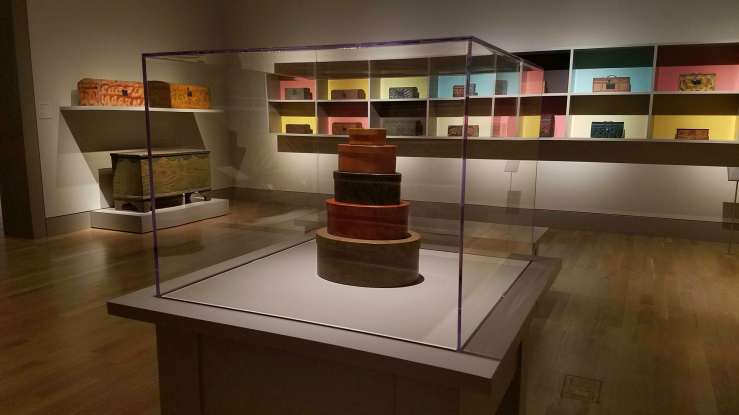 3/
Decorated Boxes
Used to store everything from grains, spices and dried fruits to combs, sewing accessories, jewelry, tobacco and documents, these boxes were often decorated as gifts.

The United Society of Believers in Christ’s Second Appearing became more commonly known as ”Shakers” because of their ”ecstatic and violent bodily agitation” in worship. A Christian sect founded in 1747 in Manchester, England they emigrated to America to avoid persecution. Their first settlement was in New Lebanon, New York and eventually eighteen other communities were established, reaching a total number of 5.000 devotees during the decade preceding the Civil War.

Though men and women lived separately in Shaker communities, they believed in gender equality; they also believed in celibacy, common property and the second coming of Christ.

The Shakers were hard working, excellent farmers and equally great artisans who embraced new technologies and used them to create fine furniture, tools, equipment and artifacts, guided by the principles of simplicity, utility and honesty.

Perhaps the best known of these artifacts are their distinctive oval storage boxes secured with swallowtail ”fingers” or laps. Oval box making began in the 1790s at the New Lebanon, New York, community (the Shakers’ spiritual centre) as one of the first Shaker industries, and survived well into the 20th century. While boxes were produced for use by the Shakers themselves, the vast majority were sold to outsiders, becoming one of the Shakers’ most profitable commercial products.

Little did the first settlers know that, two hundred years later, their simple, honest designs would be admired by art enthusiasts as museum pieces! 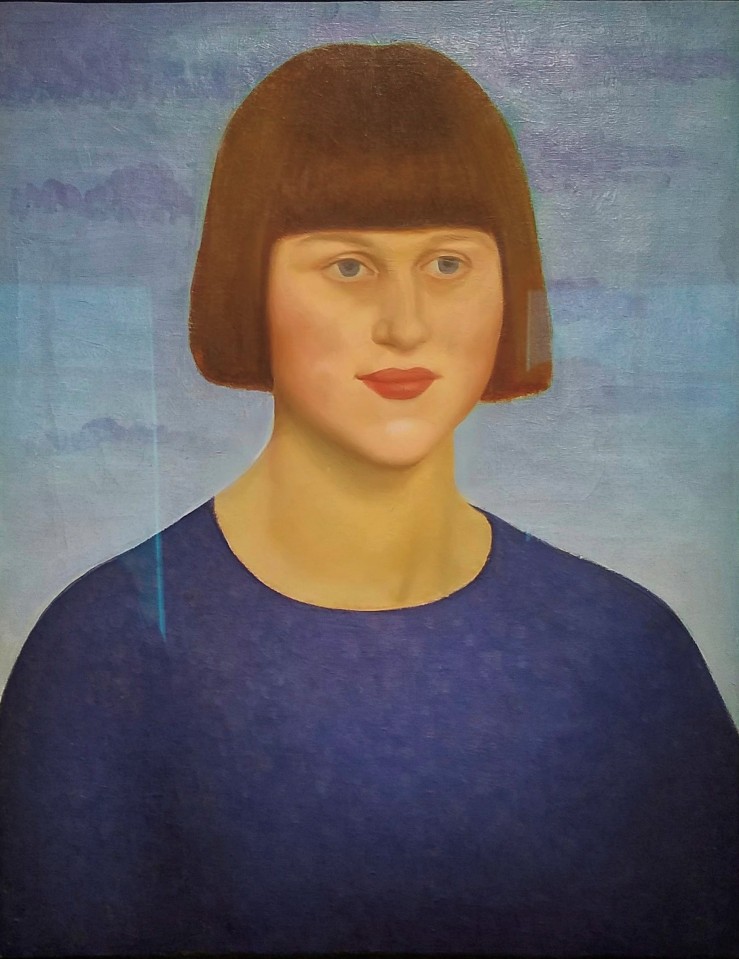 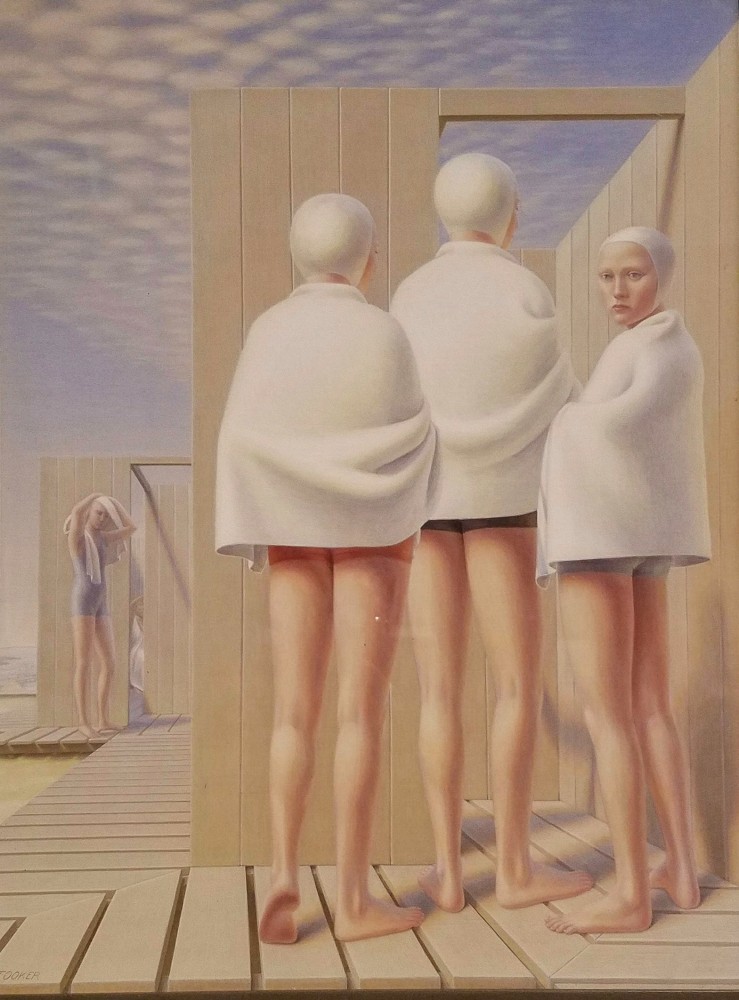 Though begun in tempera, this portrait was finished in oils, a more forgiving medium. The switch may have been made from necessity: Gertler often admonished his sitter, fellow art student and object of his unrequited love, Dora Carrington, for her habit of rarely sitting still.

Tooker used egg tempera, a medium popular among Renaissance painters which underwent a revival in the 1930s and 1940s, to capture exacting details.

The Long Leg depicts a sailboat near the Long Point Light at Provincetown, Massachusetts, at about 3 o’clock in the afternoon. The boat sails in a zigzag series of short )and long tacks, or legs. Although the painting portrays a scene of leisure, no people are  visible on the boat or the landscape. Despite (or, perhaps, because of) this absence, this is my all time favourite of all of Hopper’s brilliant works.

I was browsing through some gorgeous prints yesterday evening, courtesy of The New York Satellite Print Fair, where seventeen dealers present their fine prints and drawings during print week. From Old Masters to contemporary artists, there are some remarkable works of art to be found here and that’s only an annex to the main event – the Fine Art Print Fair – at the Javits Center in Manhattan West. Photography is completely out of place in this environment but the prints reminded me of these sublime works by William Blake, on view at the Huntington in Los Angeles.

Satan watching the endearments of Adam and Eve, 1807
Pen and watercolour

Rout of the Rebel Angels, 1807
Pen and watercolour

The Creation of Eve, 1807
Pen and watercolour 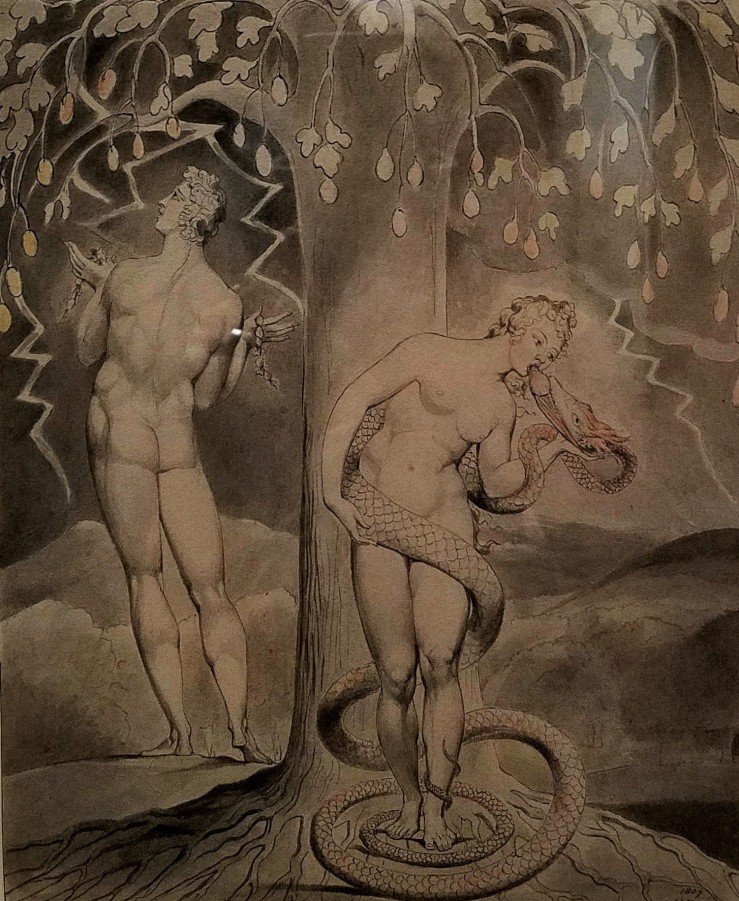 The Temptation and Fall of Eve, 1807
Pen and watercolour

The Judgement of Adam and Eve; So Judged He Man, 1807
Pen and watercolour

For William Blake, the Bible was the greatest work of poetry ever written. Only Milton’s 17th century epic poem, Paradise Lost, rivaled its importance to his art. Blake produced three separate sets of illustrations for Paradise Lost, the first a series of twelve drawings commissioned by Joseph Thomas in 1807. Henry E. Huntington purchased all of the watercolours in this original series between 1911 and 1914.

Halloween’s origins date back to the ancient Celtic festival of Samhain (pronounced sow-in). The Celts, who lived 2,000 years ago in the area that is now Ireland, the United Kingdom and northern France, celebrated their new year on November 1.

This day marked the end of summer and the harvest and the beginning of the dark, cold winter, a time of year that was often associated with human death. Celts believed that on the night before the new year, the boundary between the worlds of the living and the dead became blurred. On the night of October 31 they celebrated Samhain, when it was believed that the ghosts of the dead returned to earth. {source}

Getting into the spirit, starting today with this ordinary-looking, almost boring column. But look closer… 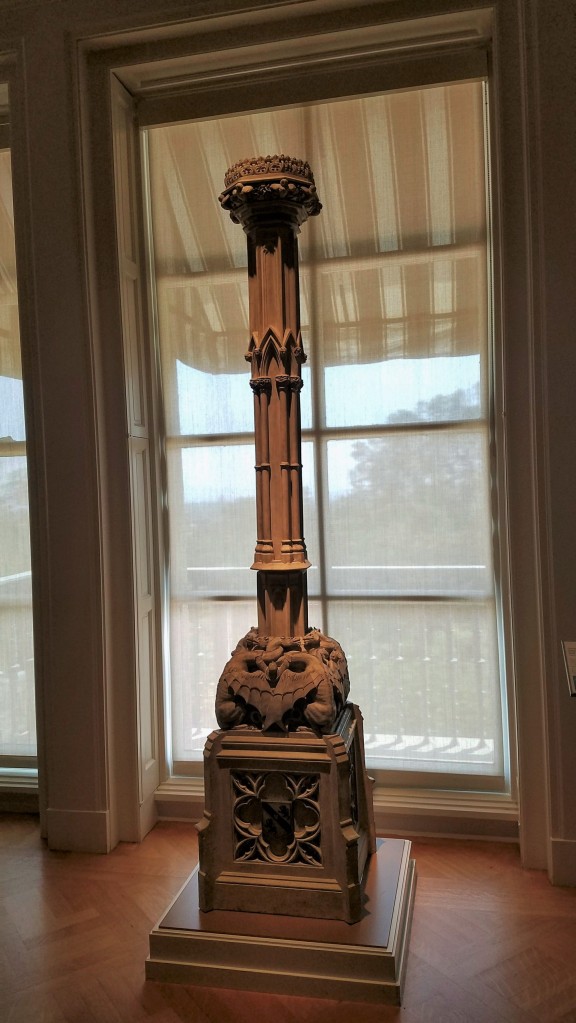 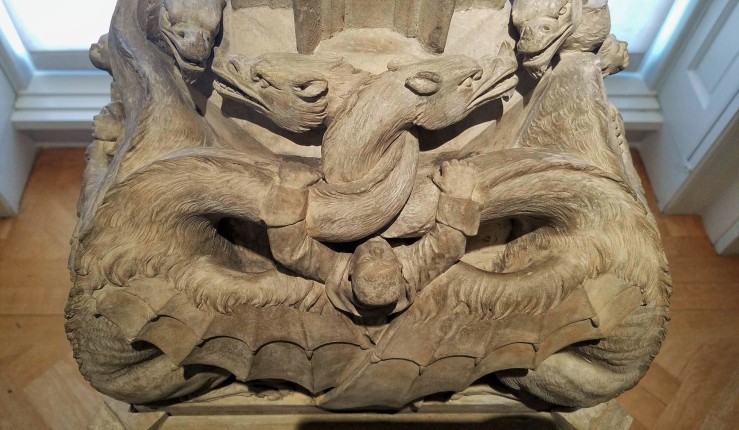 Coade-Stone Torchère, 1809
Manufactured by Coade and Sealy, Lambeth, England, probably after a design by Thomas Hopper (1776-1856)

This candelabrum relates to a set of ten originally made for the Gothic conservatory that Thomas Hopper designed for Carlton House, the London residence of the Prince Regent, later George IV. They are examples of the Regency taste for the fantastic, with bat-winged dragons, medieval figures peeping out between their wings, owls in flight and tiny faces with differing features and expressions encircling the column. The torchères are made from ”Coade-stone”, an artificial stone developed by Eleanor Coade in the 1760s and very popular for use in architectural ornament.

Marsh first pursued a career as an illustrator, working for the New York Daily News and The New Yorker, and only later began taking painting classes at the Art Students League. Many of his best images are about seeing and being seen in New York City’s public spaces. In Girls (Red Buttons), one of the women looks at the viewer while the other glances to the right, outside the painting, her dominant red buttons supplying the painting’s title. 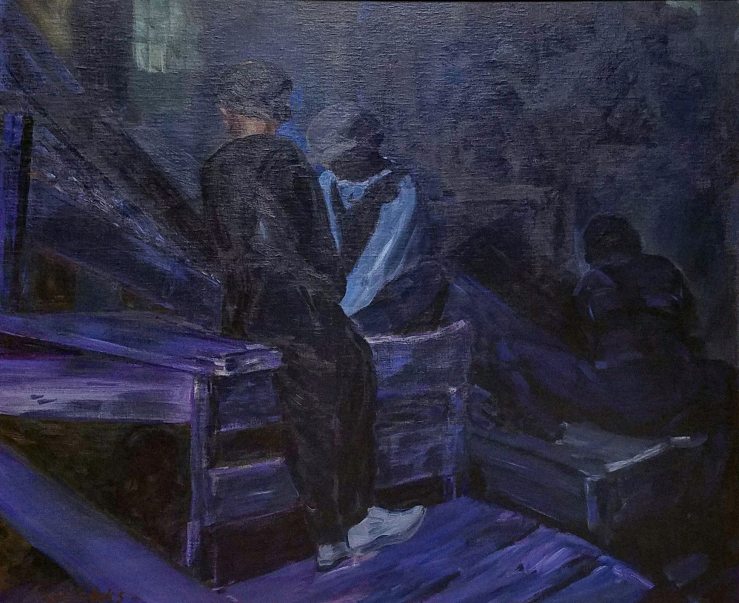 Breaker Boys is a bleak picture of unremitting toil. ”Breaker boys” were children who removed debris and sorted chunks of coal according to size and grade. They were poorly paid for their dangerous labour and suffered injuries or even death from falling down coal chutes. The painting’s large size (50 by 60 in. – 127 by 152.4 cm) speaks to the gravity of Luks’ message, which he reinforced with slashing diagonals and thickly applied paint that allude to the noise, chaos and mess of the boys’ working conditions. (In 1938, Federal regulation of child labour was achieved in the ”Fair Labor Standards Act”, which imposed minimum ages of employment and hours of work for children.) 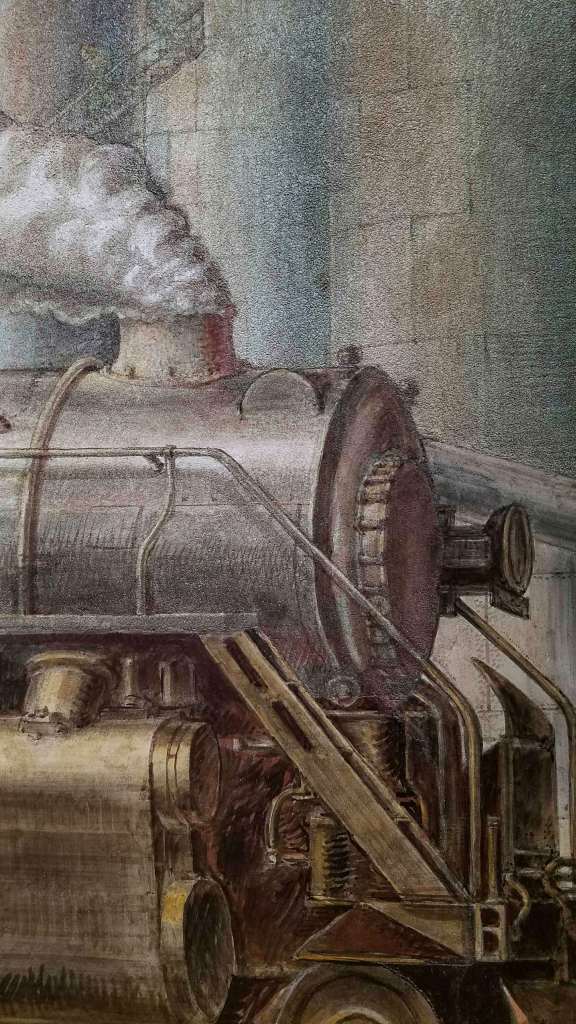 Marsh made ”The Locomotive” as a study for a commission he received from the Treasury Department to design and execute two murals for the Post Office Building in Washington, D.C. Although the building’s architect suggested that Marsh complete his paintings on canvases that would later be affixed to the walls, Marsh sought permission to execute the murals in fresco, a technique of applying pigment on freshly laid plaster largely associated with Renaissance masters.