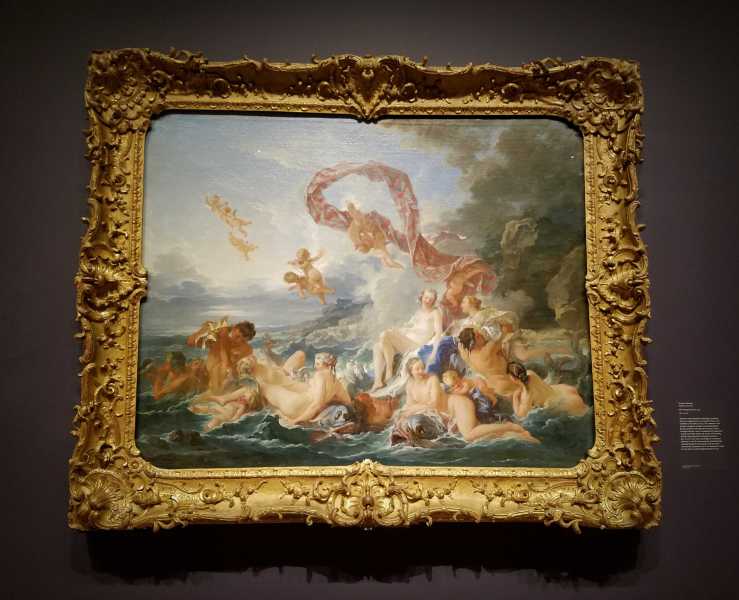 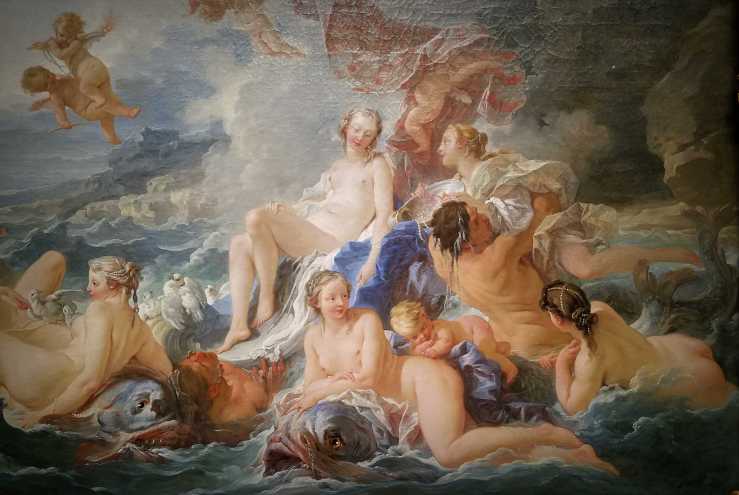 Painting in its original frame and details
François Boucher, French, 1703-1770
The Triumph of Venus, 1740
Oil on canvas

And a professional photo by Cecilia Heisser / Nationalmuseum

Boucher’s most beautiful mythological painting, still in its original frame, was med for Tessin and exhibited at the Salon of 1740. The ambitious composition comprises complex interlocking figural groups modeled with supreme assurance. Venus emerges from the waves, accompanied by languorous nereids and robust tritons; the nereid at left resting with her eyes closed and stroking the neck of a dove is one of the most carnal figures in Boucher’s repertory. It was the most expensive painting Tessin acquired during his Paris sojourn and one of his most prized acquisitions, but it was among the works he was driven to sell to King Frederick I in 1749.

From ”Treasures from the Nationalmuseum of Sweden: The Collections of Count Tessin”, an exhibition that ran through May 14, 2017.

2 thoughts on “The Triumph of Venus || François Boucher”