During the last years of his life, Pierpont Morgan spent a great deal of time in his richly appointed private study, away from the Wall Street offices of his banking firm. In this lush but intimate room, among some of his favorite works of art, Morgan worked, relaxed, and met with art dealers and business associates. It was here that he gathered a group of bankers in 1907 to orchestrate a dramatic resolution to a national financial panic. Low shelves containing rare printed volumes line the study’s walls. To the left of the massive fireplace, Morgan’s impressive manuscript collection was once secured in a vault lined with solid steel. The red silk wall covering (a reproduction of the deteriorated original) contains the insignia of the Chigi, a great Sienese banking family, and much of the furniture was commissioned by Morgan in the Renaissance style. Pierpont Morgan’s portrait hangs over the fifteenth-century mantelpiece, and that of his son, J. P. Morgan, Jr., is displayed between the west windows. 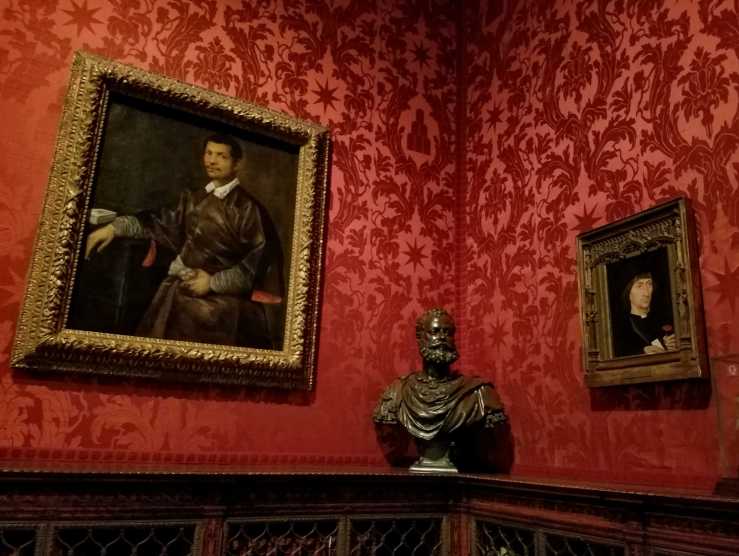 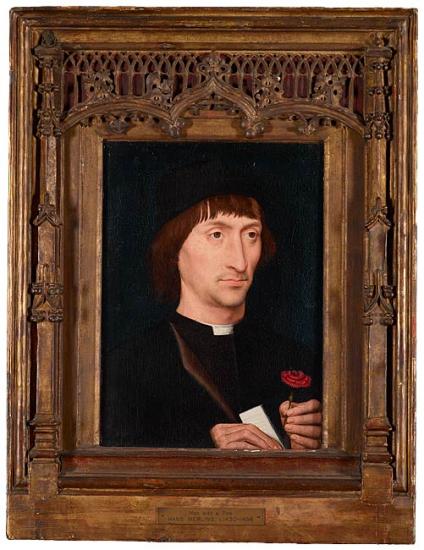 This is one of the finest paintings in the Morgan collection. The sitter may have been a member of the Italian merchant colony in Bruges, where Memling was the leading painter. The pink, or carnation, in the young man’s hand is likely a symbol of betrothal, suggesting that the painting may be one of a pair of wedding portraits.

The unidentified subject of this portrait, painted in Venice in the workshop of Domenico Tintoretto, son of the more famous Jacopo, is believed to be a Moorish Ambassador to the Venetian court.

This portrait depicts J.P. Morgan, Jr., Pierpont Morgan’s son and founder of this institution, wearing the robes of a Doctor of Laws, an honorary degree conferred by Cambridge University in 1919. The degree was a gesture of gratitude to the younger Morgan, who, as head of the firm J.P. Morgan & Co., provided financial support to the Allies during the First World War. Commissioned by J.P. Morgan, Jr., 1934. 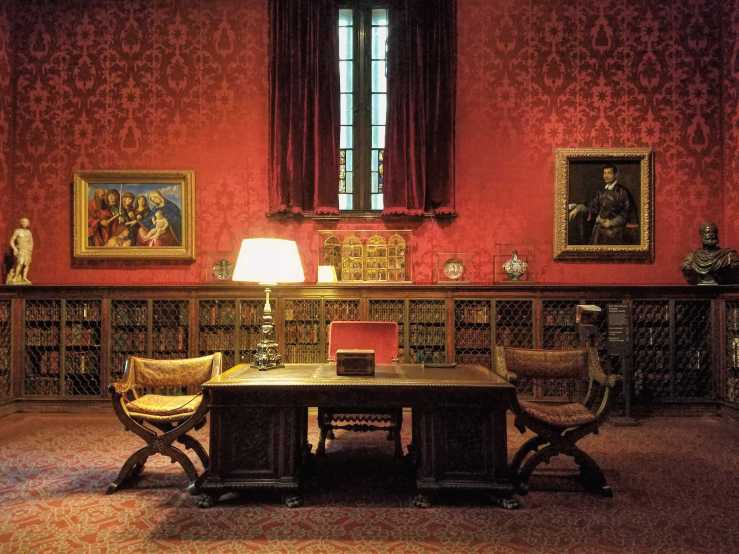 A glimpse into The East Room, the original library, more photos of which we will see tomorrow.

The Morgan Library & Museum houses one of the finest collections of music manuscripts in the country. In addition to a large collection of musicians’ letters and first editions of scores and librettos, it has the world’s largest collection of Mahler manuscripts and substantial holdings of Brahms, Chopin, Debussy, Mozart, Schubert, and Richard Strauss. The collection spans six centuries and many countries. The Morgan’s holdings of material relating to the lives and works of the dramatist William S. Gilbert and the composer Arthur S. Sullivan form the most extensive archive of its kind in the world.

Ravel’s Sonatine began life as a single-movement work. Only later did he add the second and third movements. Despite its many corrections, it is evident from the printer’s annotations in blue that this manuscript was used by the publisher Durand for its 1905 edition of the complete piece. Note that Ravel’s anagram at the top of the page, Verla, was crossed through and replaced with his proper name.

The slow, dreamlike quality of the nocturne (night music) is a characterized by a simple, lyrical melody that becomes increasingly florid. The form, as developed for the solo piano, gained popularity in the early decades of the nineteenth century with the works of the Irish composer John Field. But it was Chopin who brought the nocturne to the height of its expression, and it is Chopin’s nocturnes that are best remembered. 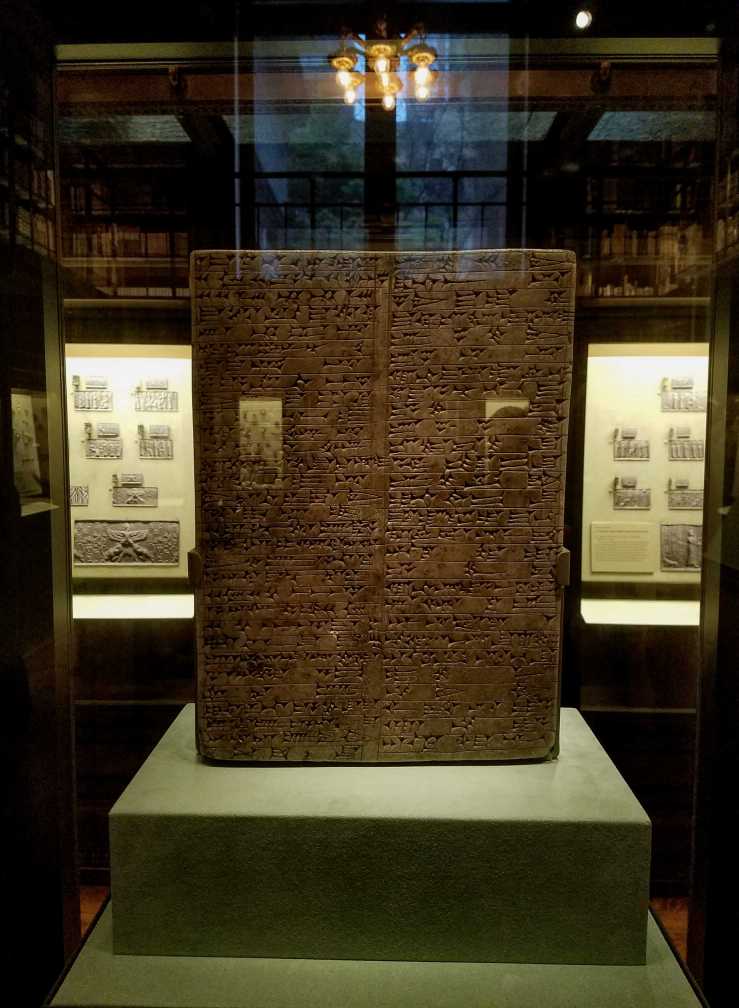 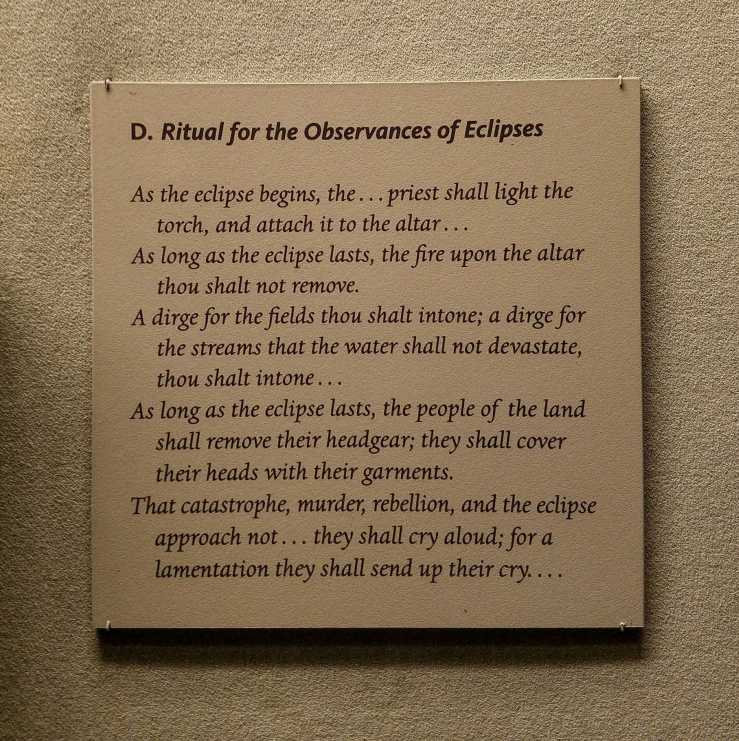