Upstate New York may be home to numerous natural wonders but some of the man-made ones are also a sight to behold. Like, for instance, The Martin House, designed by Frank Lloyd Wright for wealthy Buffalo businessman Darwin D. Martin and his family between 1903-1905. It was our first real-life encounter with a Frank Lloyd Wright building, besides the Guggenheim in Manhattan.

The house is actually a complex, consisting of six interconnected buildings which include the main Martin House, a pergola that connects it to a conservatory and carriage house with chauffeur’s quarters and stables, the Barton House, a smaller residence for Martin’s sister and brother-in-law, and a gardener’s cottage added in 1909.

But Frank Lloyd Wright didn’t stop at the building. He went on to design – or, at least have the last word of approval for – everything in the Martin House; that includes the landscape, interior furnishings, light fixtures, art glass, and selections of artwork and artifacts for interior decoration.

Apropos of the art glass, there are 394 examples – some original pieces – of Frank Lloyd Wright-designed art glass in the complex, including the famed “Tree of Life” window.

But, perhaps, the most surprising fixture, one that I had never expected to encounter in a prairie house in Buffalo N.Y. – even one as prominent as The Martin House – was a cast of the Hellenistic sculpture of Nike or Victory of Samothrace – Νίκη της Σαμοθράκης. A cast so large, it is visible from the front door, some 180 feet away.

According to our guide, Nike was one of Wright’s favourite sculptures and copies can be found in many of his buildings. But only in the Martin House did he place one of such magnificent scale. 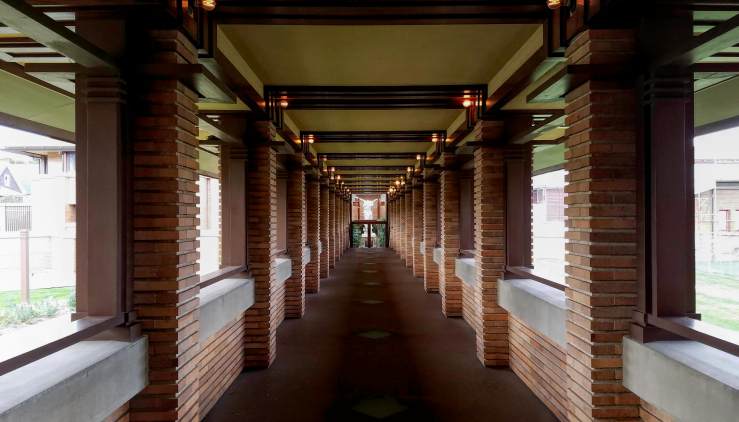 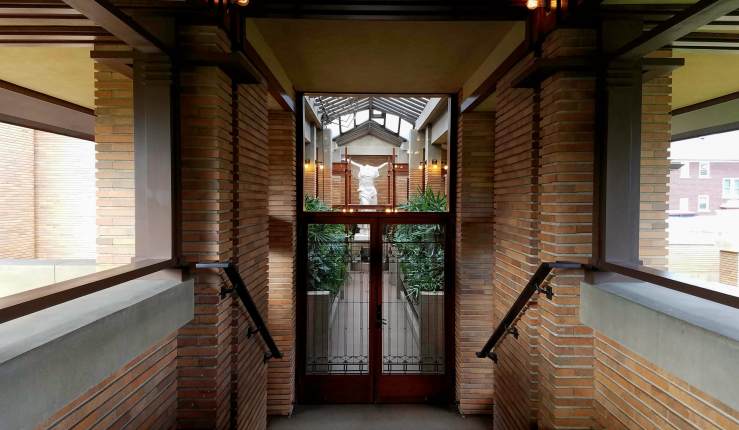 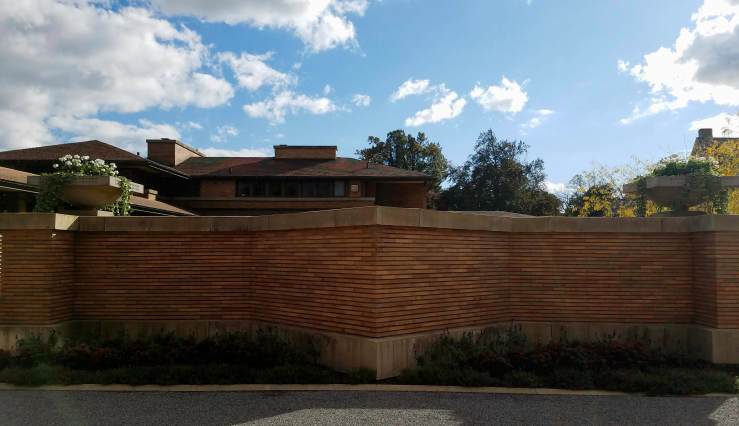 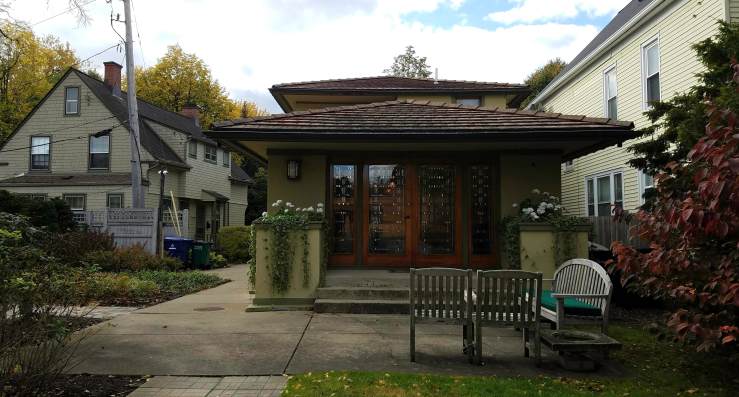 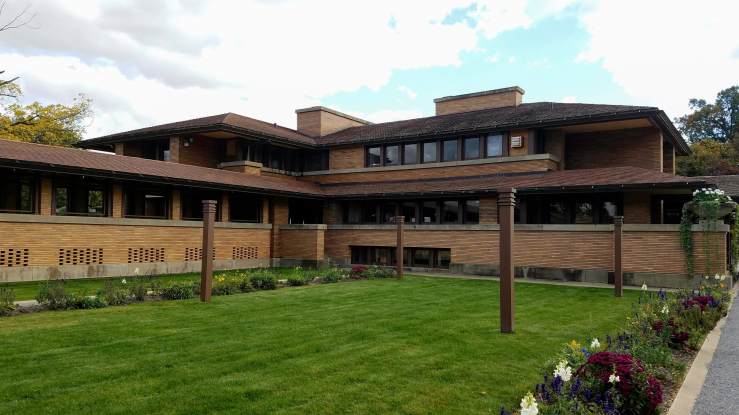 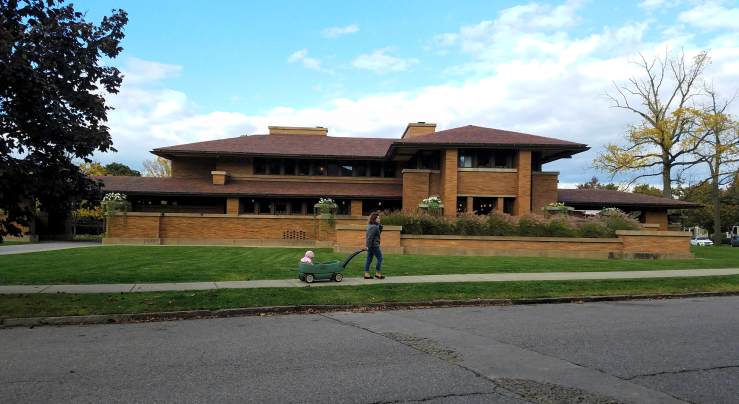 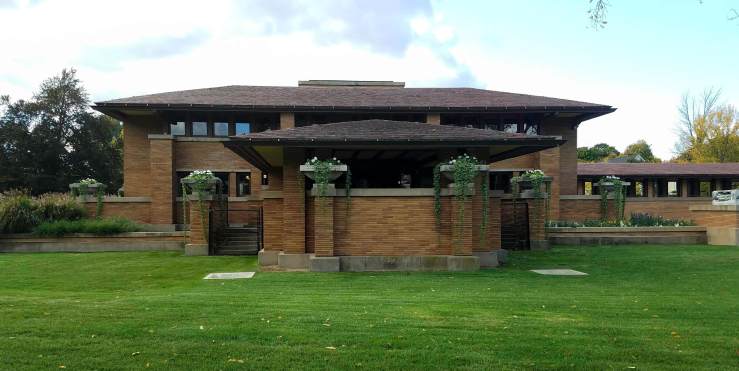 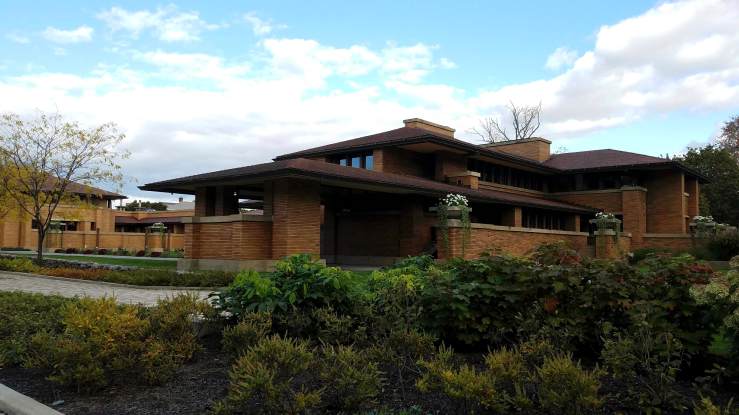 The Martin House is open to the public but can only be visited on a tour. There are different tours available, including a ”Photography” one (which we didn’t take). Otherwise, photography of the interiors is not permitted, save for the pergola leading to the statue of Nike.

2 thoughts on “The Darwin D. Martin House in Buffalo”