The Art is in the stairwells, meeting face-to-face with Abigail Lazkoz’s agonizing Cameramen; walking In the Woods, deep into Ernesto Caivano’s dark, magical forest; bathed in nature’s ephemeral reflections, outside in the courtyard. 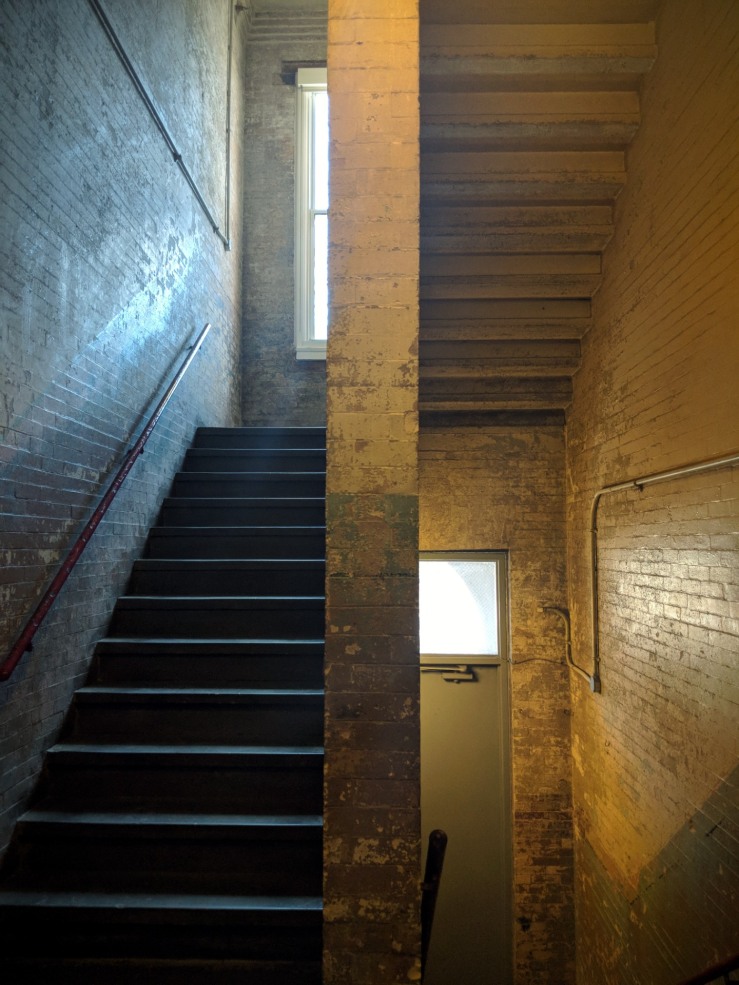 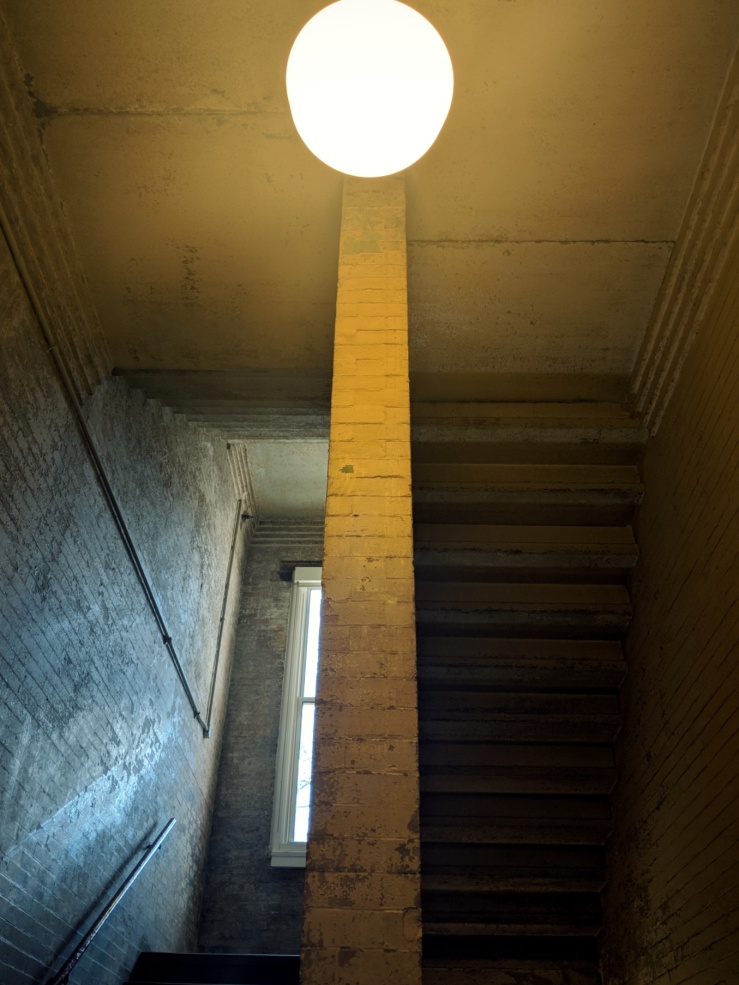 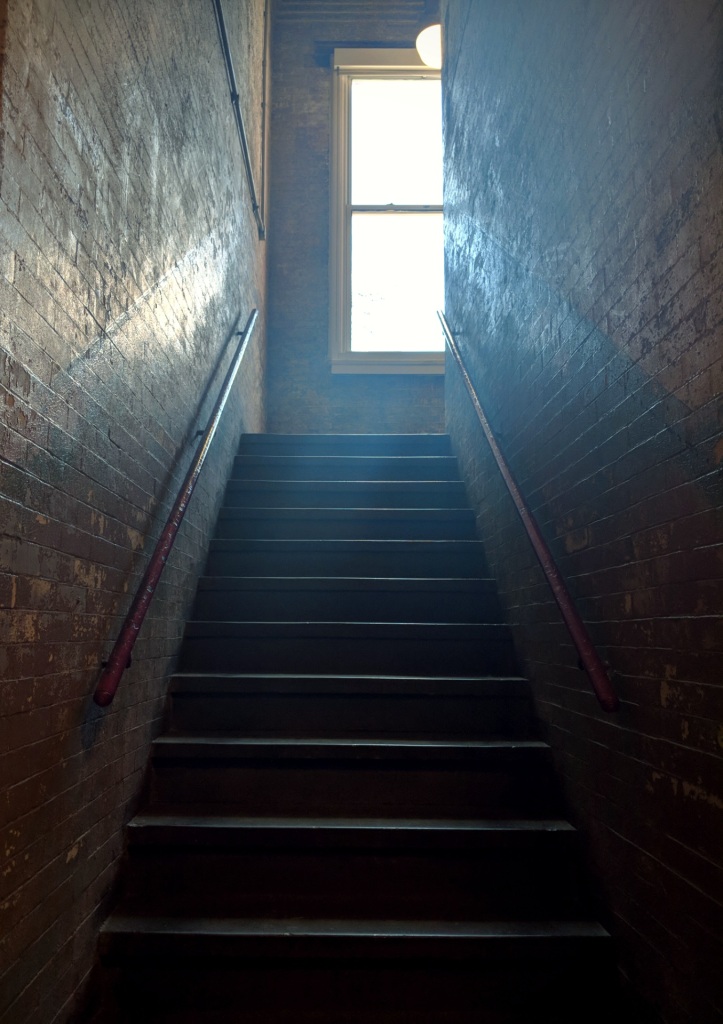 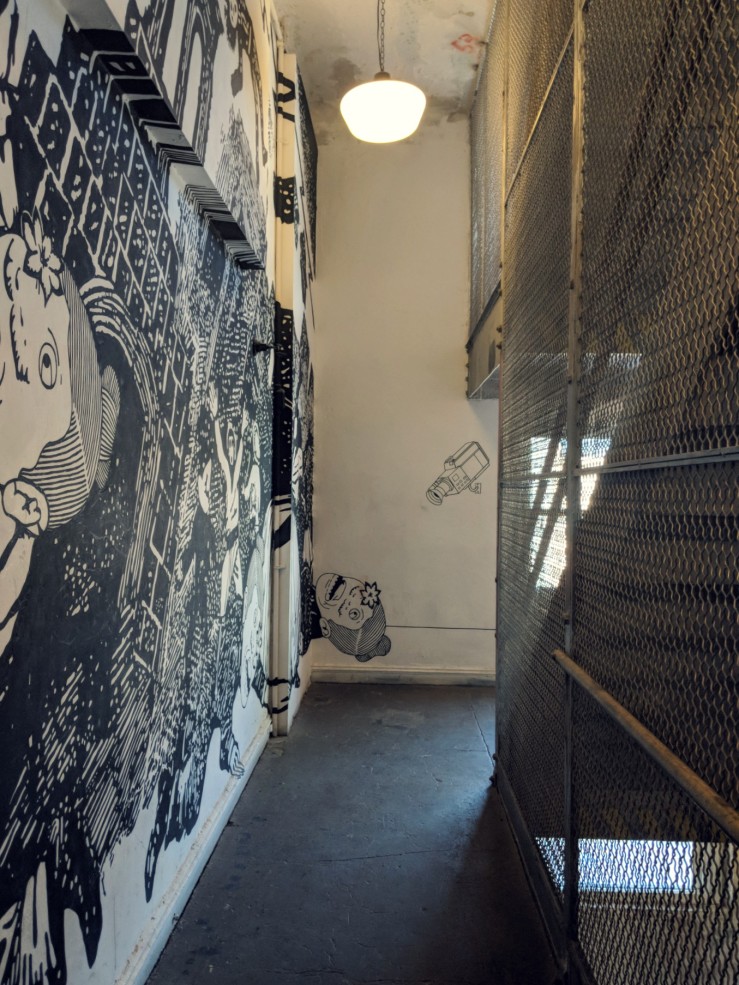 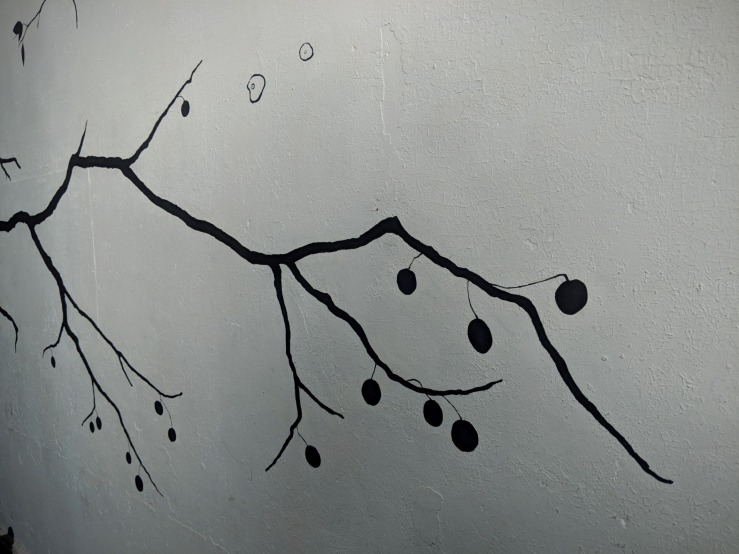 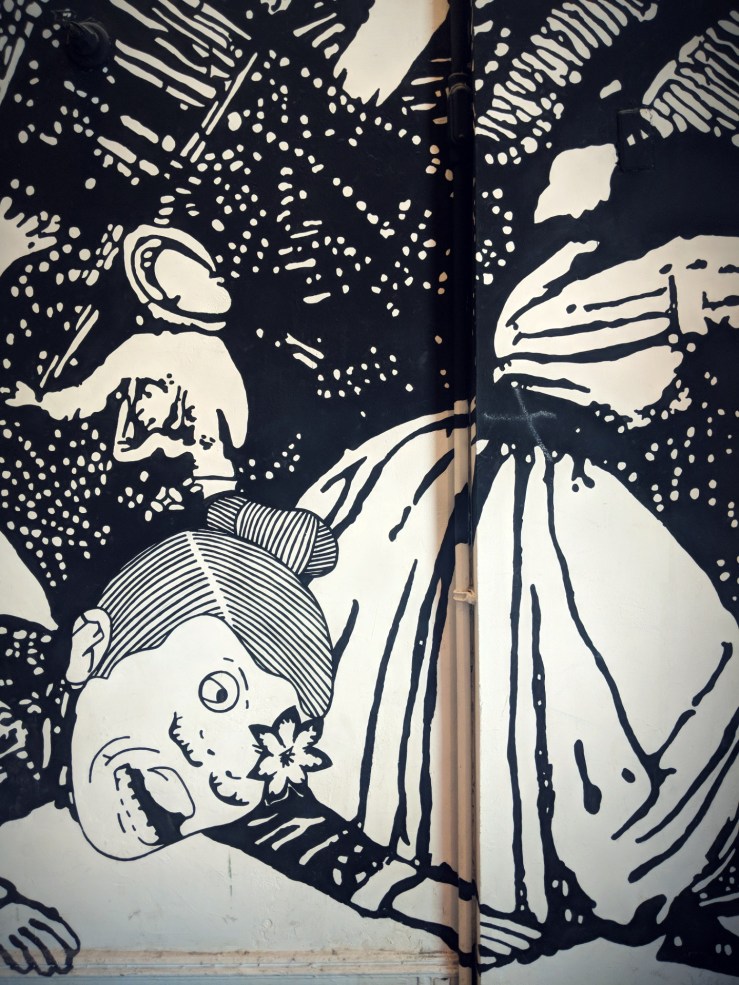 Ernesto Caivano: In the Woods

For MoMA PS1’s stairwell A, Ernesto Caivano created a wall mural based on an ongoing story he developed over three years called After the Woods. While After the Woods consists of drawings and paper sculptures, In the Woods is composed of black latex paint and gouache to create a dense visual web of images composing Caivano’s larger-than-life sized environment. The exaggerated scale of the piece creates a total experience for the viewer, allowing an escape into this imaginary world. Naked and gnarled tree branches wind around the walls and sprout up and out onto the ceiling, entangling the viewer in their dark and magical embrace.