Original art from the Museum of Illustration 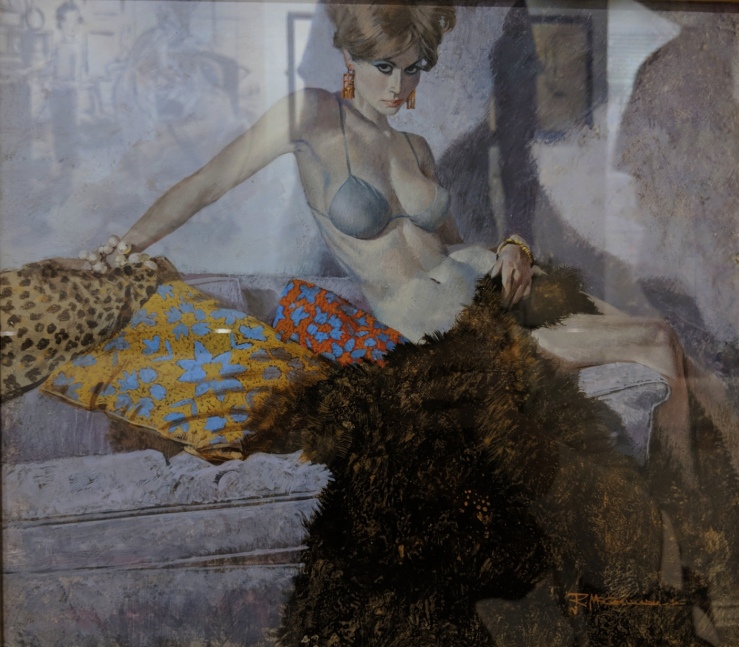 Cafe Sinister by Martha Sawyers
Illustration for the story of the same name by Ben Hecht
Caption: ”I noticed a few evenings later that the baron had a different girl with him. ‘Well, we’ve got a new clue,’ I said. ‘We’ve found out the baron has a redhead fetish.”’
Collier’s magazine, August 21, 1943
Pastel 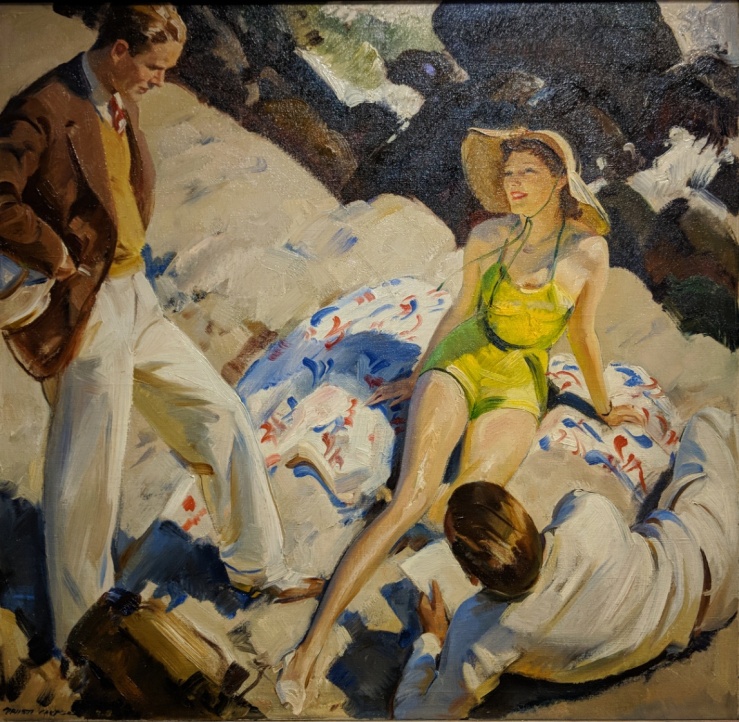 Hail and Farewell by A. Carter
Illustration for the story by Williston Rich
The American Magazine, December 1938
Oil on canvas

The Party Dress by Henry Patrick Raleigh
Interior illustration for the serialized novel by Joseph Hergesheimer
Caption: ”Lea cut in on Francis. ‘Against my better judgement,’ he said to Nina, ‘I am obliged to tell you are a sweet affair.’ Nina was in a glow of triumph. What especially engaged her was the fact that men rather than women spoke of her dress and praised it.”’
Hearst’s International combined with Cosmopolitan, November 1929
Ink and watercolour on illustration board