The artwork was created during President Obama’s re-election campaign [description below and on gloves (zoom to read)]. If ”politics were more scary and hideous than ever” then, which words would better describe the situation today? 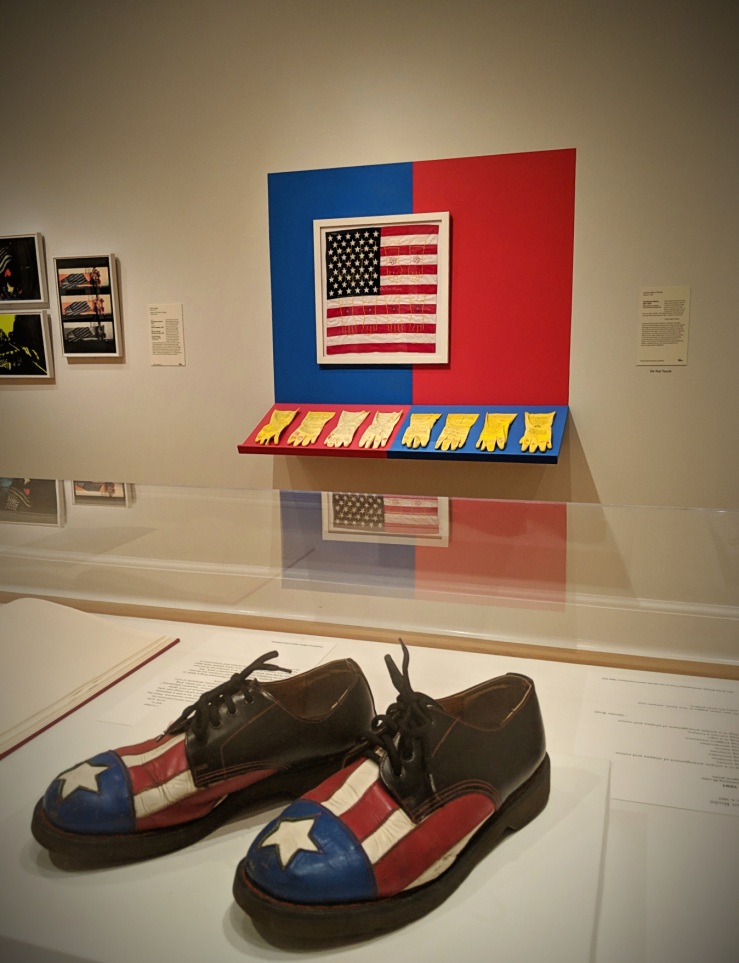 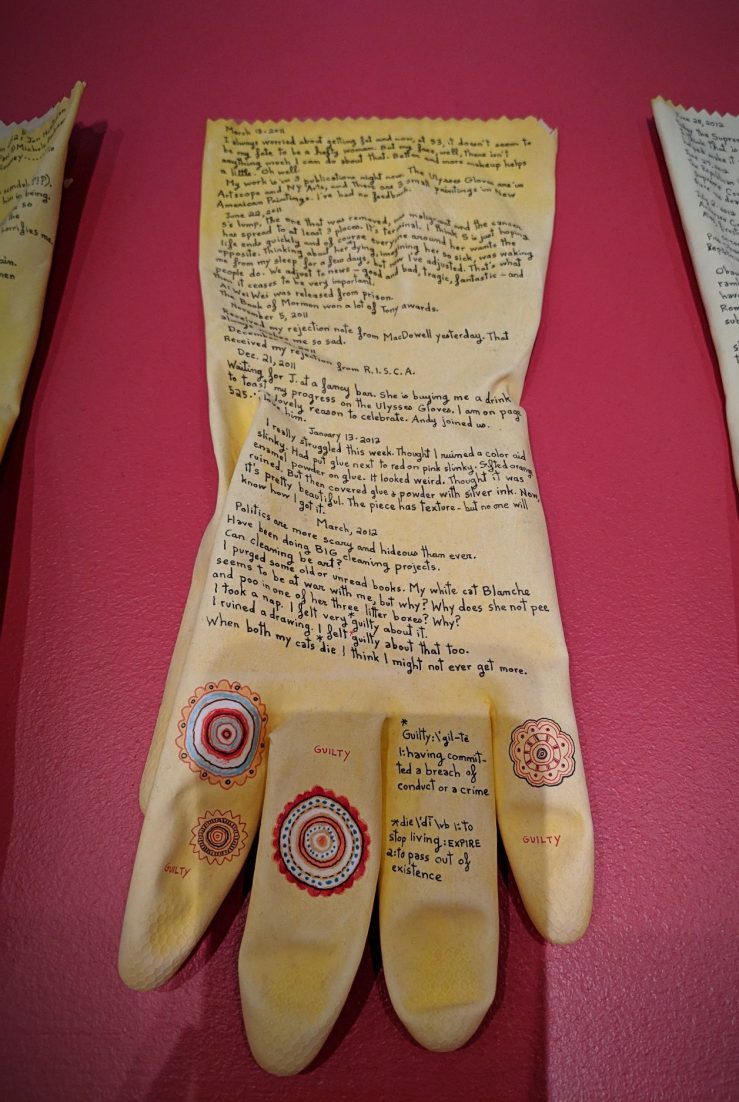 “You would think that worrying about who is going to lead our country would make all other concerns vanish or at least fade to a pale gray. But, for me, a huge crisis only piles on top of all my other worries. I find myself anxious about cleaning my home AND what happens if Roe v. Wade is overturned.” –Jessica Deane Rosner

Created during President Obama’s re-election campaign, Rosner’s dishwashing gloves recount her daily chores, creative challenges, and personal anxieties on one side. On the other, she outlines national and international headlines, sometimes critiquing political affairs. This text, initially written in detailed diary entries, was edited and rewritten on the gloves. The faded ink and rubber deterioration remind us that everything is ultimately ephemeral. The more permanent-looking flag, a bandana Rosner bought at the Army/Navy Surplus on Thayer Street, features simplified versions of the dishwashing gloves—a metanarrative on the interconnectedness of personal and political obligations.