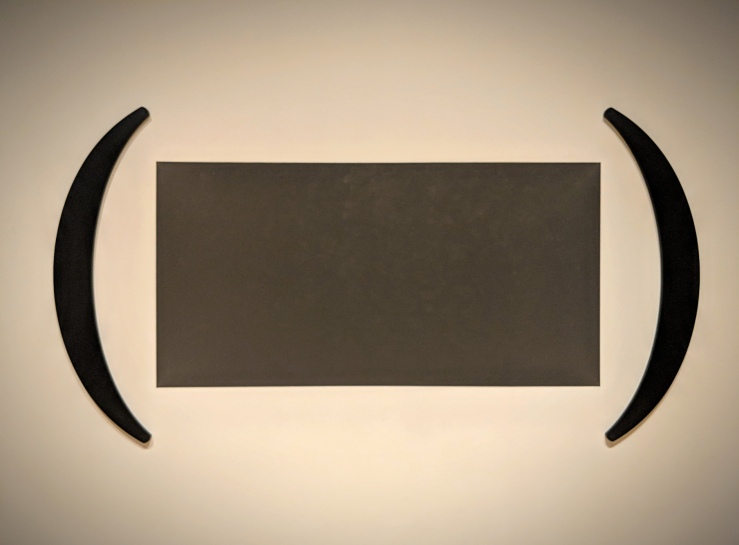 Proposing that matter is never destroyed but merely transformed, Cornelia Parker challenges the way we experience destruction. Mass (Colder Darker Matter) is made  from the charred remains of a Texas Baptist church that was struck by lightning.

Inspired by the annual migration of monarch butterflies from Canada to Mexico, Carlos Amorales conceived Black Cloud as a ”plague” of moths that swarm through museum spaces.